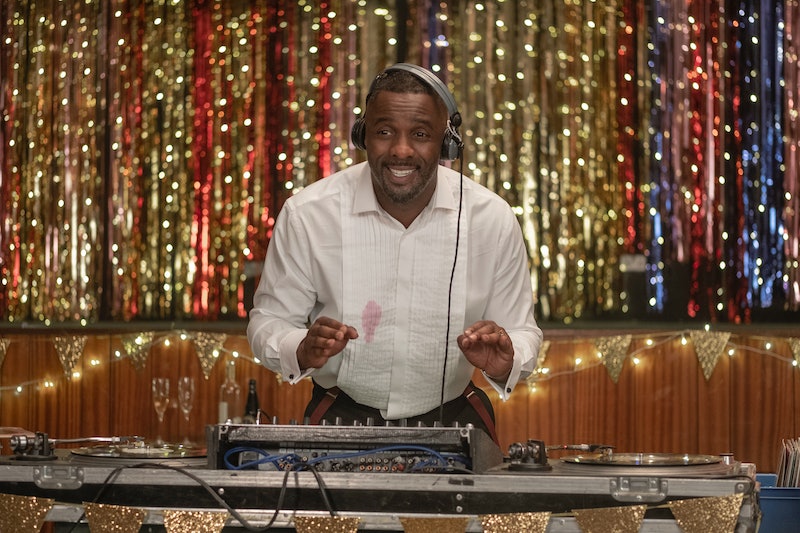 He may be best known for his serious roles in The Wire and Luther, but Idris Elba is showing off his comedy chops in the new trailer for Netflix's Turn Up Charlie. Initially, it's a bit jarring to see John Luther being bested by a crafty little kid, but the preview makes it clear that the actor is having a blast playing a a DJ turned nanny. It helps that Elba is the show's co-creator, and the story has roots in his own journey.

Prior to becoming an actor, Elba worked as a DJ, and music remains one of his passions, as he revealed in a November 2018 interview with Esquire UK. He's even set to DJ at Coachella this year, proving that he hasn't left his early career behind. In fact, it's possible to imagine an alternate universe where the Luther star could have been a struggling DJ like his character, Charlie, instead of People's reigning Sexiest Man Alive.

In Turn Up Charlie, Elba plays a fortysomething struggling DJ and bachelor who sees a chance for success if he can work with his famous best friend's wife. Unfortunately for him, the couple has something else in mind for him — they want someone they can trust to watch their daughter, Gabby. This leads to Charlie becoming her nanny even though he's not a huge fan of kids, and she has a habit of scaring her caretakers off. You can bet hilarity will ensue, but this being an Elba project, there's sure to be plenty of pathos too.

The Turn Up Charlie cast also includes JJ Feild, Piper Perabo, and newcomer Frankie Hervey as the nanny destroying Gabby. Hervey could turn out to be a scene-stealer if the trailer is any indication. In one scene she goes toe-to-toe with Elba's Charlie, deflating his puffy chair when he tries to patronize her. She's clearly a savvy kid, and caring for her will no doubt help Charlie get his life on track.

If you're a fan of This Is Us, then the show's premise may sound weirdly familiar, since it's similar to the fictional hit show that launched Kevin's career, The Manny. While that's likely a total coincidence, the Netflix show will hopefully be a bit more nuanced than the fictional sitcom. It helps that Elba is combining the comedy-friendly premise with elements of his own life working the DJ scene prior to becoming a famous actor.

And if you're worried about Elba's ability to pull off comedy, don't be. He may be best known for his serious roles, but Turn Up Charlie isn't his first comedic turn. The actor also created the semi-autobiographical British sitcom In the Long Run, and he's appeared on shows like The Big C and The Office. He may have perfected the art of playing complicated men in serious dramas, but he definitely knows how to make viewers smile (and tug at their heartstrings) as well.

Netflix is releasing all eight episodes of Turn Up Charlie on March 15, so check out the trailer, and prepare to see Elba like you've (probably) never seen him before.

More like this
Here’s Everything Coming To & Leaving Netflix In October
By Jake Viswanath
'The Crown's Matt Smith Reveals Prince Harry's Hilarious Response To The Series
By Bustle UK
What’s New On Netflix: Ana De Armas’ 'Blonde' & A Nick Kroll Special
By Arya Roshanian
What’s New On Netflix: Meet 'The Real Bling Ring'
By Arya Roshanian
Get Even More From Bustle — Sign Up For The Newsletter