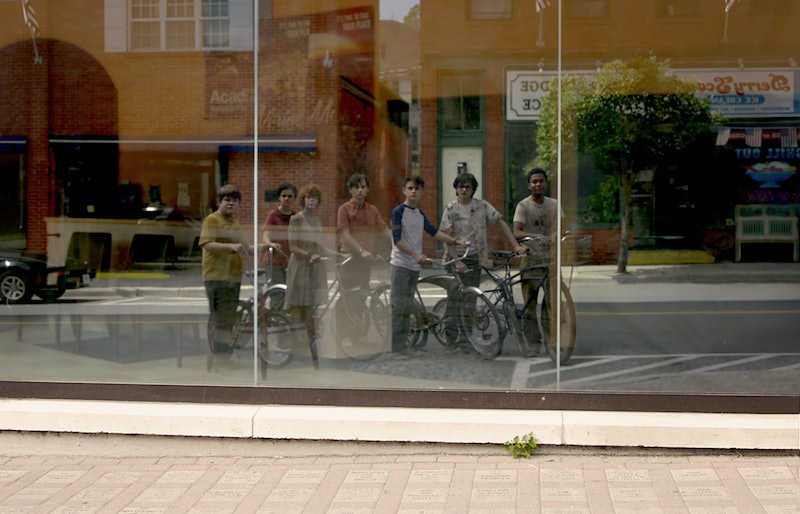 It Chapter Two is shaping up to be perhaps the biggest horror movie of all time. The Sept. 6 movie is the sequel to 2017's record-obliterating It, and promises to conclude the story as it adapts the rest of Stephen King's mammoth 1986 novel. Naturally, a movie this big requires a big screen, but how big do you need to go? Should you see It Chapter Two in IMAX, or is a standard-sized movie screen adequate for the highly anticipated horror sequel?

It sure seems like the film's producers, as well as the suits at IMAX, want you to see the movie on the large screen format. IMAX tickets cost more than standard tickets, which means bigger box office returns for Warner Bros. And since only a small portion of movies released every year get an IMAX release, IMAX obviously wants as many people as possible to see those that do in oder to keep their business relevant. So to promote It Chapter Two's release in IMAX, a special trailer has been released exclusively for the IMAX version of the film. It features some new footage unseen in the movie's other trailers, giving the impression that seeing It Chapter Two in IMAX is a special experience.

By all accounts, It Chapter Two in IMAX should be a special experience. IMAX screens are huge, far bigger than a normal movie screen, and seeing the film in the format is the best way to fill your entire field of vision with terror. But with IMAX, you're not just paying for a larger screen, you're also paying for larger quality. Depending on your local theater's facilities, you may be able to catch It Chapter Two in IMAX Laser. This is the company's premier format, as it features 4K laser projection as well as a 12-channel sound system to provide some of the best picture and sound quality you can get at a movie theater today.

While seeing It Chapter Two in IMAX is undoubtedly a more premium viewing experience than watching the movie on a standard screen, it's not necessarily a must-do experience. Unlike Avengers: Infinity War and Endgame, the new It movie was not filmed with IMAX cameras — it was made for regular movie screens and will be scaled up for IMAX. Also, IMAX is not the only premium viewing option available for It Chapter Two. The film is also being released in Dolby Cinema — and even has an exclusive poster to promote it. Although Dolby may lack the larger screens of IMAX, its proponents would argue that bigger isn't always better. Fans of Dolby claim that the format's picture and sound quality are superior to what's offered by IMAX, giving viewers choice when it comes to how they want to buy an expensive movie ticket. There are also a handful of Regal theaters in the U.S. that will be screening the film in 4DX, a format that incorporates physical sensations such as seats the move, spraying water, flashing lights, fog, and smells into the viewing experience.

Whether you decide to watch It Chapter Two in IMAX, Dolby Cinema, 4DX, or on a standard screen is ultimately up to you. With so many options these days, you can figure out what viewing experience sounds best for your needs, and what is and isn't worth your money. But no matter how you end up watching It Chapter Two, one thing is certain: You will leave the theater terrified.

More like this
The Guide To “Witches Stairs” & Why They’re Actually Great For Small Spaces
By Emma Garza
The Best Memes & Tweets About Lady Gaga Reportedly Joining 'The Joker' Sequel
By Grace Wehniainen
Will There Be A Jurassic World 4?
By Arya Roshanian
15 Romantic Movies On Netflix That Are Perfect For Snuggling Up On The Couch
By Rachel Simon and Grace Wehniainen
Get Even More From Bustle — Sign Up For The Newsletter