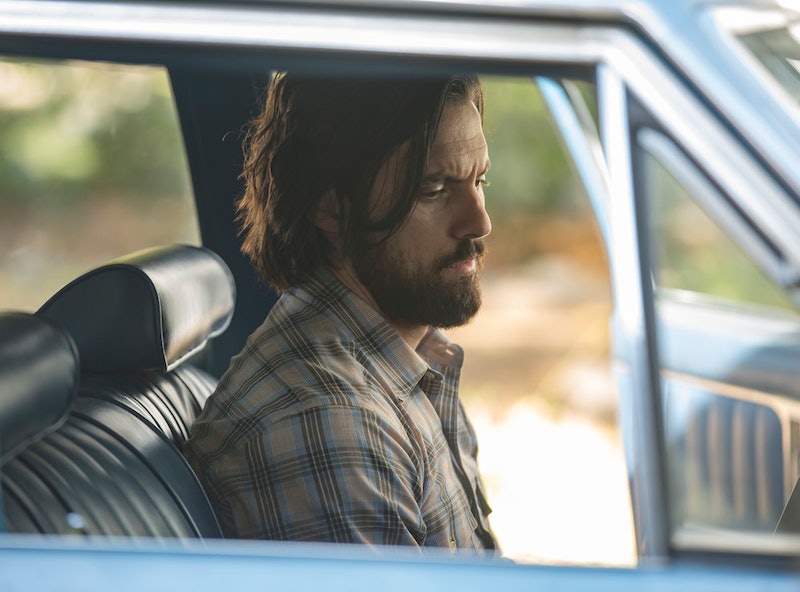 Guys. You guys. Every week that This Is Us progresses, I fall more and more in love with Jack, so much so that I’m even thinking about making my husband grow a mustache and wear a denim jacket 24/7. We’ve gotten glimpses of Rebecca and Jack’s pre-kids history, and in the winter premiere, viewers got to see how they reacted when they found out they were having triplets. The answer? Not great! But Jack’s sacrifices for his family on This Is Us were truly awe-inspiring.

Jack’s father was abusive when Jack was growing up, and Jack’s mother made Jack vow never to be like him. Rebecca’s mother is judgmental as hell, and both Rebecca and Jack have vowed never to be like their parents. But when Rebecca and Jack found out they were having three babies instead of one, they both had a little bit of a meltdown, especially because they had just signed a lease on a two-bedroom, six-floor walkup apartment. Bad timing, you guys! Rebecca’s mother released a wave of anxiety onto her and suggested that Jack and Rebecca move in with her because they have space and don’t live in a three-room apartment that will soon have five people in it. When Rebecca told Jack about this suggestion, he was all, “Huh,” and Rebecca sent him out for a gallon of ice cream. The ice cream was a ruse—she just wanted to cry alone in the apartment, and when he heard her, he knew what he had to do. I thought that Jack was going to go to Rebecca’s mother and tell her to butt out, but instead, Jack went to his father’s house. Swoon. This was me watching (but like, not naked):

Why his father’s house? Jack asked his lousy father for money, lying about a gambling debt (he even took off his wedding ring so his father wouldn’t know he was married). Jack also sold his prized Chevelle, which was probably the biggest sacrifice he made—I don’t think Jack cares about his father (I would take his money too), but the car? Jack loved the car. Jack bought the house his construction crew was working on, and bam—instant family home. Well, in six months when they finish it.

Both Jack and Rebecca vowed to not become their parents, and Jack’s putting Rebecca and the Big Three above his own wants and needs shows that he fulfilled that promise many times over. I was swooning the whole time Milo Ventimiglia was driving around in his Chevelle. The man was taking care of business, getting it done, and providing for his family, and that is sexy. It’s also very, very sweet.