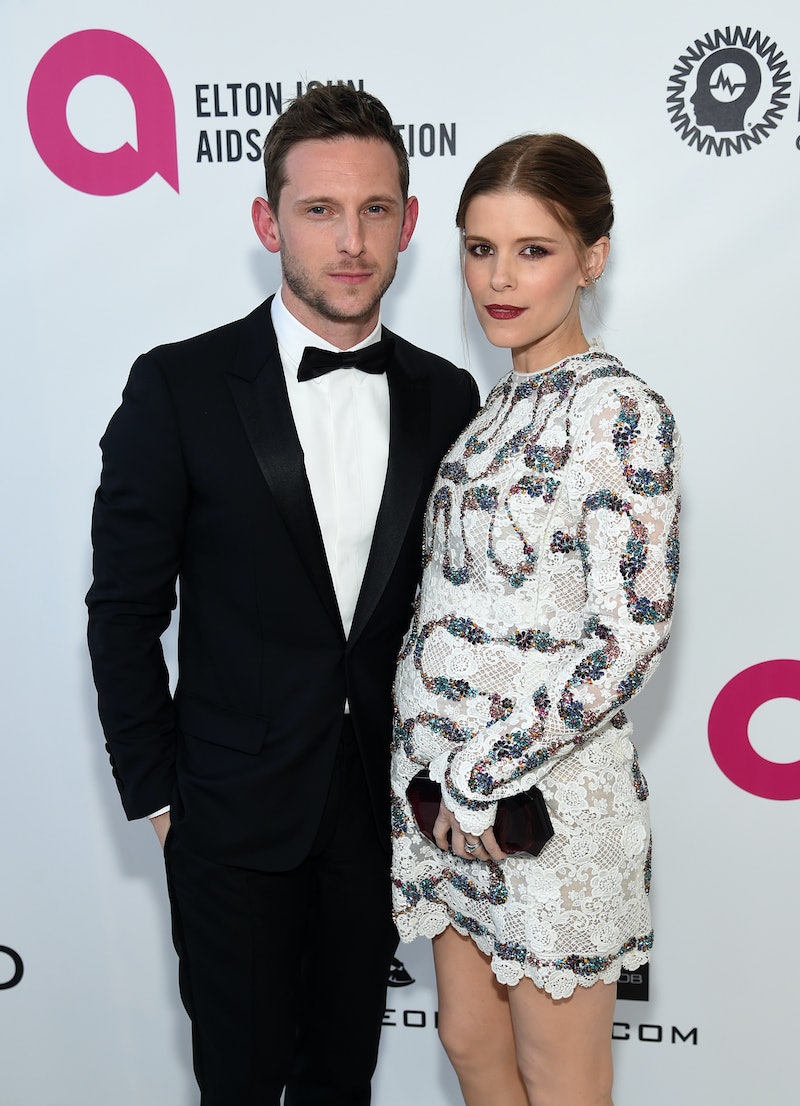 Believe it or not, but Jamie Bell and Kate Mara's relationship timeline proves these two were always destined to be together. Once you learn about their entire relationship from the very beginning to where they are now, you'll understand why these two make such a special couple. Their romance sounds like something straight out of a movie.

They simply started out as acting acquaintances and now not only are they married, but they're parents. Based on what Mara told Shape magazine in April 2018, Bell is extremely important to her. "And now that Jamie is legally part of my family, it's such an incredible thing," she said, before adding,

"I'm very protective of our marriage. All the traveling we both have to do for work can make it hard, but we have a rule that we will never go longer than two weeks without seeing each other. Even if we have to spend all day traveling to have just 24 hours together, it's worth it in order to have a strong relationship."

Well, there's no denying they have quite a "strong relationship." And if you're looking for proof, keep reading. This relationship timeline details their beautiful love story. They also may or may not become your favorite celebrity couple by the time you're finished.

Mara and Bell met way before they got together romantically. During an October 2017 appearance on ITV's The Jonathan Ross Show, Bell revealed that not only did he first meet Mara in 2015, but they also shared their first kiss during their initial introduction for a screen test. Bell told host Jonathan Ross,

"I met her on a screen test for a film 12 years ago and neither of us got the part, but she did have to kiss a lot of other guys on that screen test. And there were a lot of other people there, pop stars, legitimate movie stars. And apparently she went home and her mum said, 'How was your day?' and she was like, 'I kissed a lot of guys today but Jamie Bell was a good kisser.'"

"And then 12 years later, we got married," he said, before later adding, "I was very professional! It all worked out in the end, I'm very happy about it!"

In August 2015, costume designer and creative director Johnny Wujek posted this photo on Instagram. As you can see, Bell and Mara looked cozy, which fueled romance rumors. Around this same time period is when Bell and Mara truly fell in love. During a May 2017 Watch What Happens Live With Andy Cohen appearance, Mara revealed they developed feelings during the Fantastic Four press tour.

For those unaware, they starred together in the 2015 film, but it wasn't until after filming wrapped that their romance began. "We fell in love on the press tour," she admitted.

The two began making headlines as a rumored couple in fall 2015. In September 2015, they were spotted kissing in New York City and strolling on a beach in Malibu together. In October 2015, they were once again seen with their arms around each other in NYC. At the time of their beach date, a source told People, "They 100 percent looked like they were a couple. They had their arms around one another the whole time and they looked totally in love."

After constantly being photographed at events and doing normal couple things, like running, many assumed the two were engaged after noticing a gold band on Mara's ring finger during Paris Fashion Week in 2016. E! News directly asked them in Paris if they were engaged, which Bell definitively answered, "No."

January 2017: They Got Engaged

On Jan. 8, 2017, more engagement rumors started after Mara tweeted a photo of herself wearing a diamond ring on that finger. Five days later, on Jan. 13, Mara's rep confirmed to People she was engaged to Bell.

In July 2017, they got married. Both Mara and Bell shared a photo of them kissing at their low-key wedding. Mara captioned her image, "Nuptials," and Bell wrote next to his, "Me & Mrs B."

During a January 2018 appearance on The Late Late Show With James Corden, Bell said about their wedding, "We actually got married right across the street from our house. I literally woke up in my own bed and walked across the street, and we had our ceremony."

He explained that they couldn't find the right wedding location and their neighbor was kind enough to lend them her property. "So we walked across the street and then when it was done, we spent the night on that property and we crossed the street and came home," he said.

Page Six reported in January that Mara was five months pregnant. A source told the publication that she even informed Emily Blunt about her pregnancy at the 2019 Golden Globes while they waited in line for the bathroom. (At the time of Page Six's report, Bustle reached out to Mara's reps for comment, but didn't receive an immediate response.)

The next month, Mara confirmed her pregnancy by debuting her baby bump on the red carpet at Elton John's AIDS foundation Oscars party. She also posted an Instagram with Bell from the event and wrote, "Went on a date with our bun in the oven."

On May 27, Mara announced the birth of their baby girl. Next to an image of their daughter's toes, she wrote, "We had a baby a couple weeks ago...Here are her feet." This is Mara's first child and Bell's second. He has a 5-year-old son, Jack, with his ex-wife Evan Rachel Wood.

Are they now your favorite celeb couple? Bell and Mara's romance just goes to show you that life definitely works in mysterious and wonderful ways.