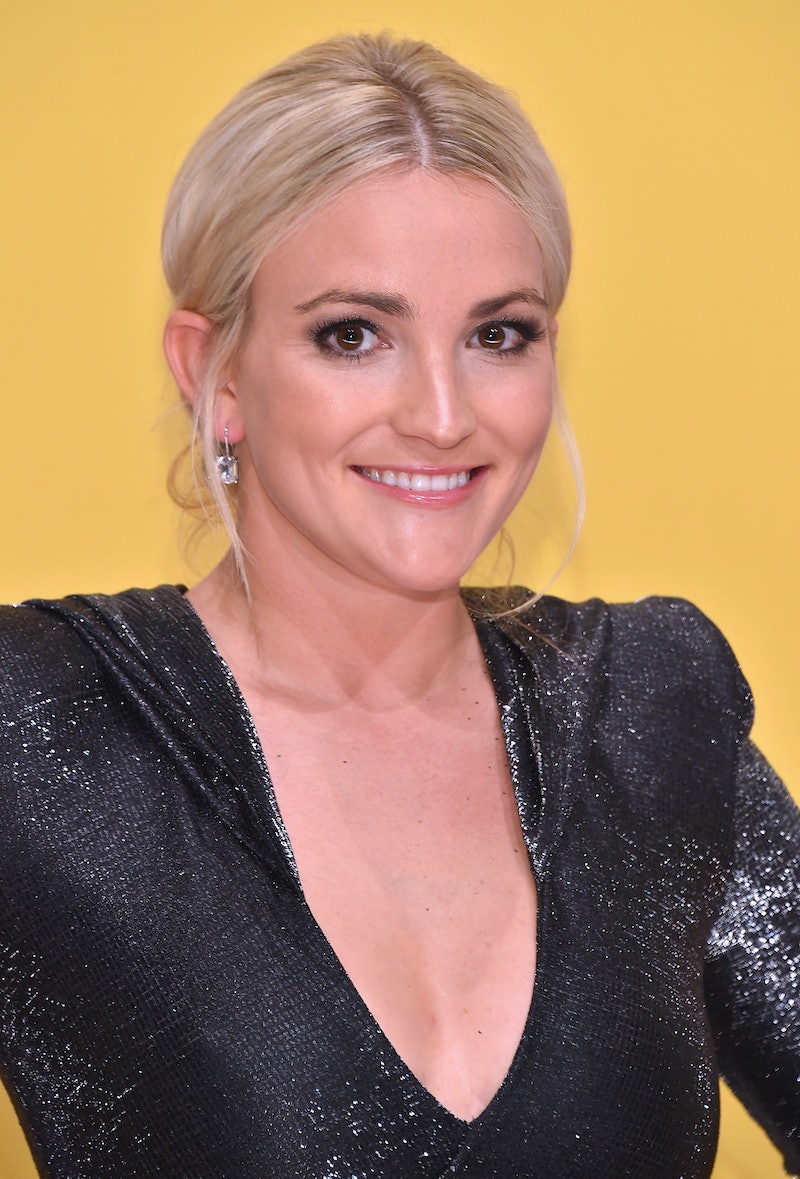 After Britney Spears told followers that her father, Jamie Spears, was recovering from a major health scare, her younger sister Jamie Lynn Spears thanked fans for supporting the family in such a difficult time. On Friday, after Britney announced that she would be taking an "indefinite hiatus" in order to care for her father in the wake of his hospitalization, Jamie Lynn posted a message to her Instagram Story, revealing that the Spears family was incredibly grateful for all of the prayers they received.

"Thank you to everyone who reached out to our family, and for all of your prayers," Jamie Lynn wrote in an emotional message. "All of you have been there for us through so much, and we truly appreciate each of you!! Love y’all bunches!" she continued, adding four red heart emojis at the bottom of her message. The country singer also reposted her sister's Instagram post about their father's illness, sharing the same childhood photo of Britney on her own page as well.

"I don’t even know where to start with this, because this is so tough for me to say," Britney opened her post. "A couple of months ago, my father was hospitalized and almost died. We’re all so grateful that he came out of it alive, but he still has a long road ahead of him. I had to make the difficult decision to put my full focus and energy on my family at this time. I hope you all can understand."

According to Entertainment Tonight, Britney and Jamie Lynn's father was rushed to the hospital two months ago in order to be treated for a ruptured colon, and spent nearly a month in the hospital recovering from a life-threatening illness. "I am dedicating my focus and energy to care for my family," Britney said in a statement to the outlet. "We have a very special relationship and I want to be with my family at this time just like they have always been there for me."

She continued: "Thank you to all my fans for your continued love and support during this time. I apologize for any inconvenience this may have caused and I look forward to the time when I can be back on stage performing for all of you."

Her father's illness comes at the end of a tumultuous two years for Jamie Lynn, who recently shared on Instagram that "2018 was all about family," for her. In February 2017, the singer's elder daughter, Maddie, was in a terrifying accident after an ATV she was riding flipped into a pond, and left the now-10-year-old in critical condition. Thankfully, Maddie made a full recovery, with Jamie Lynn announcing that her daughter "returned to all of her normal activities," at the end of February 2017.

In April 2018, Jamie Lynn welcomed her second daughter, Ivey Joan Watson, and spent much of the past year sharing sweet photos of her growing family on social media. In October, she shared a video of herself and Ivey dancing at one of Britney's concerts in Austin, Texas. "Looked up to here since the day I was born," Jamie Lynn wrote in her Instagram Story at the time about her big sister. "Couple more people look up to her now also. But I was the first."

Britney has also spoken about how important her relationship with her baby sister is, revealing on the latter's 2016 TLC special, When the Lights Go Down, that "She's just fun to be around, and she brings that out in me, and I bring that out in her too."

"I know she's been working really hard on her music, and I'm genuinely a huge fan of her gift as a musician and an artist," Britney said later in the special. "I'm so incredibly proud of her."

The Spears' family bond has gotten the entire family through good times and bad, and Britney and Jamie Lynn's love and support will surely help their father on his road to recovery.