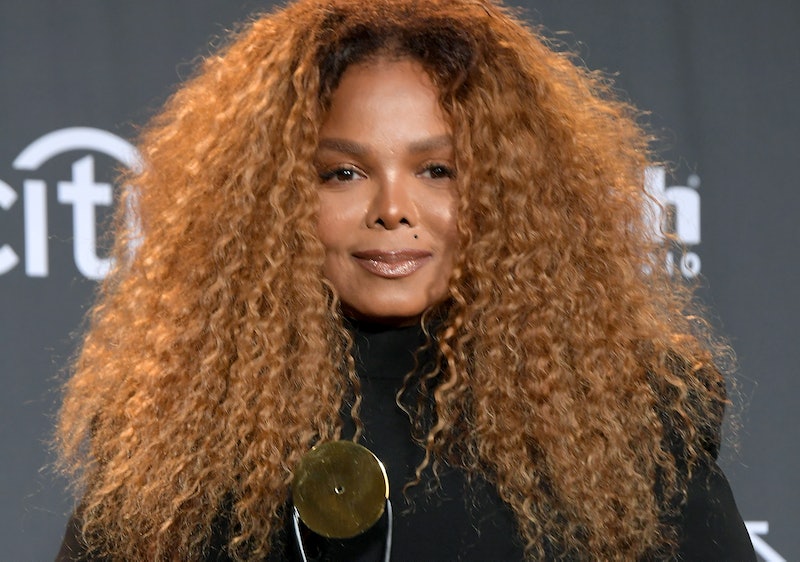 Hollywood was recently upturned over the untimely passing of director John Singleton, who died at the age of 51 on April 29. Following the sad news, many, including superstar Janet Jackson, have shared some incredibly moving tributes to the visionary. On Instagram, Janet Jackson posted a tribute to John Singleton that honors the late director's lasting impact in the film industry.

Late Monday night, on April 29, Jackson took to Instagram to share some kind words about Singleton, who directed her in the Oscar-nominated 1993 film Poetic Justice. According to Billboard, the film, which also starred Tupac Shakur, marked Jackson's first-ever acting turn. The singer, along with Jimmy Jam and Terry Lewis, subsequently received an Academy Award nomination for Best Original Song for the track "Again" that was featured in the movie.

In honor of the late director, Jackson a slew of photos of herself and Singleton during their Poetic Justice days. Alongside the snaps, she wrote a moving message that rightly highlighted the impact that he's had on the movie industry:

"You gave me my first movie role, my first Oscar nomination and so much more. Thank you for all you have given to the world through your work and all you have done for Black culture, women and young filmmakers. I will miss you John. Keeping your family in my prayers. 💜"

On April 29, Singleton's rep confirmed to Bustle that the writer and director had passed away after he previously suffered a stroke on April 17 that left him in a coma, per TMZ. A statement from the Singleton family reads:

His family's statement also included some background on the health struggles that he faced:

"Like many African Americans, Singleton quietly struggled with hypertension. More than 40% of African American men and women have high blood pressure, which also develops earlier in life and is usually more severe. His family wants to share the message with all to please recognize the symptoms by going to Heart.org."

Singleton's family released a statement to TMZ on April 29, in which they revealed that they had made the decision to take the Shaft director off of life support. The statement reads:

"It is with heavy hearts we announce that our beloved son, father and friend, John Daniel Singleton will be taken off life support today. This was an agonizing decision, one that our family made, over a number of days, with the careful counsel of John's doctors."

Following this devastating news, fans and celebrities alike have shared their condolences and respect for the game-changing multi-hyphenate, who directed and wrote films such as Baby Boy and Boys N the Hood (for which he became the first African-American to be nominated for an Academy Award for Best Director). Just based on the outpouring of love for him on social media, with everyone from Regina King to Jackson sharing kind tributes, it's clear that Singleton will forever have a place in the hearts of those who knew him best.