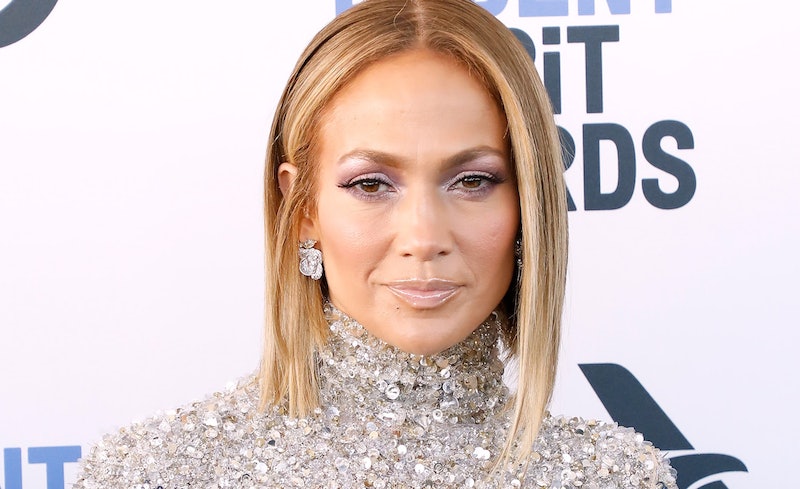 “Join me today in #CelebratingSelena,” Lopez captioned the video. “I can’t believe it’s been 23 years since this incredible movie came out and 25 years since her passing. Selena was such an inspiration to me and I was so lucky to be chosen to play her. As an artist, this movie truly was an experience I’m going to remember for the rest of my life.” She then called on her followers to share their favorite memories of the beloved Mexican-American singer and the film.

The video features snippets from the film and reflections from the “Jenny From the Block” singer. “She’s just one of those very special types of artists that — with her music and her spirit and her joy and her heart — really touched people,” Lopez says in the footage. Heralded as the Queen of Tejano music, Quintanilla was killed in March 1995 at the age of 23.

Directed by Gregory Nava, Selena follows the singer’s rise to fame with the help of her father, Abraham (Edward James Olmos). It also explores her relationship with guitarist Chris Perez (Jon Seda) and the early stages of recording her English-only album, which was never completed due to her death.

In an interview with Apple Music’s Beats 1 last April, Lopez reflected on the role for the film’s 22nd anniversary and the preparation that went into it. "I soaked up everything. I watched every interview that I could," she said. "I slept in her bed at home. I talked to the whole family. I spent time with them. It can be melancholy and beautiful at the same time."

Lopez also spoke about how the role has molded her career. "She taught me so much on how to navigate this business because I played it in the movie,” she said, before paralleling the experience to Hustlers. “What it's about is playing the role as authentically as I can. It's just like when I was playing Selena,” she said. “I was so in it when I was playing Selena back then [and] I feel the same way about playing [Ramona].”

More like this
Jennifer Coolidge Recites “Jenny From The Block” Beside J.Lo In Her First TikTok
By Jake Viswanath
Austin Butler Recalls Lisa Marie Presley Showing Him Elvis’ Bedroom
By Jake Viswanath
You’ll Definitely Recognise Isadóra Bjarkardóttir Barney’s Mum
By Maxine Harrison
Lisa Marie Presley's Secret Granddaughter Was Revealed At Her Funeral Out Of Nowhere
By Jake Viswanath
Get Even More From Bustle — Sign Up For The Newsletter
From hair trends to relationship advice, our daily newsletter has everything you need to sound like a person who’s on TikTok, even if you aren’t.