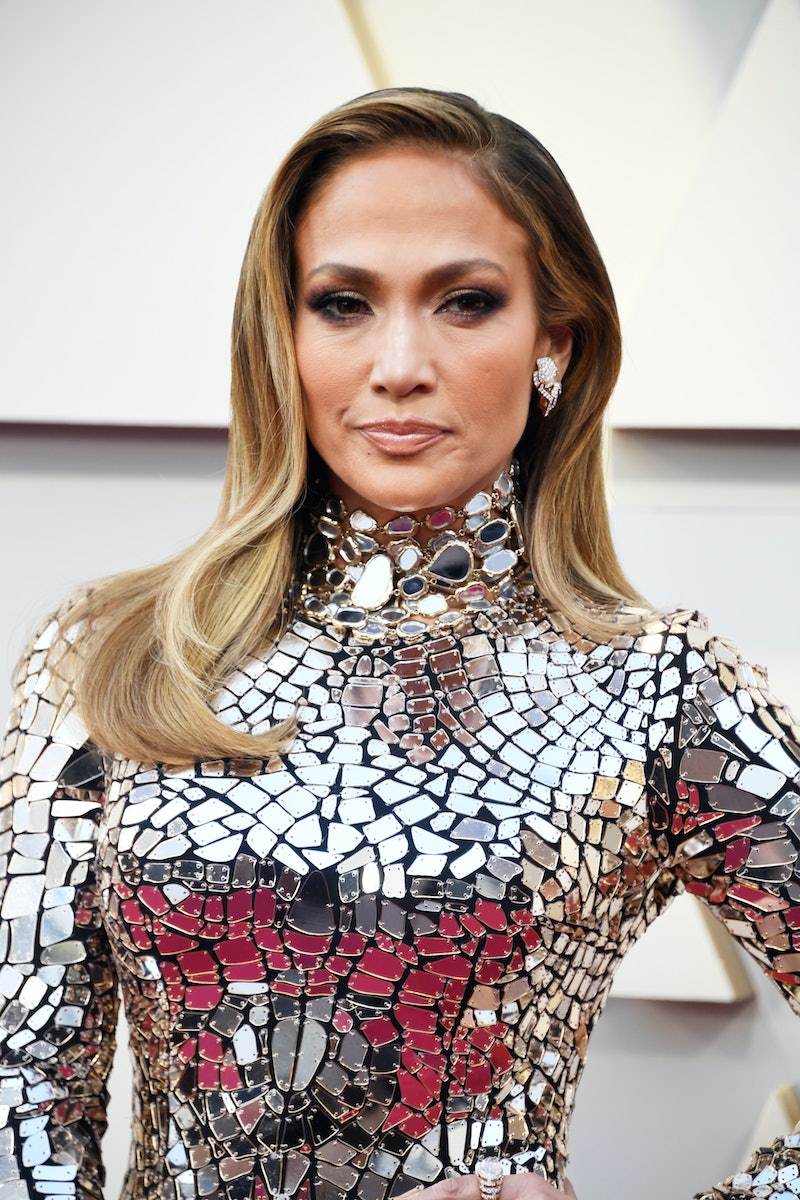 Jennifer Lopez is going back to her rom-com roots, and her latest project already sounds like a must-see. As reported by Variety, Owen Wilson will star in Lopez's new rom-com, reuniting the actors for the first time since they appeared together in 1997's Anaconda. (Technically, Wilson is still in "final negotiations" for the movie, per Variety, but it sounds like he's close to making things official.)

Titled Marry Me, the movie is based on a graphic novel of the same name by Bobby Crosby. Lopez's character is a pop star who decides on a whim to get hitched with a fan holding up a "Marry Me" sign at one of her concerts. And Wilson will play that lucky fan, according to the outlet.

Based on Variety's summary, it looks like the movie will be taking a few liberties with its source material in order to go full rom-com. In Crosby's comic series, Ana's (stage name Stasia) decision to marry a fan comes from totally out of nowhere, other than the fact that her three big-name ex-boyfriends are doing well for themselves. But in the movie, Lopez's character was apparently going to marry a fellow musician, only to find out shortly before the wedding that he'd cheated on her with her assistant. Honestly, the only way this would be even more of a rom-com is if the "Jenny from the Block" singer's character were named Mary.

In Crosby's story, Guy — the fan who ends up marrying Ana — isn't actually a fan at all. He's only attending the concert because his friend Parker loves Stasia. But Guy ends up getting called out of the audience while Parker's in the bathroom and he's holding the sign. It's not clear how much the movie will actually draw from the novel — for all we know, Owen's character might really be a fan of the pop star. But for Lopez fans who do want to know how the original work ended, Marry Me is available to read for free online.

In a statement to Variety, STXfilms chairman Adam Fogelson said that Lopez's Marry Me character is "a role that was quite literally made for her." So it will be fun to see exactly what the role will entail. But Lopez is a mega-famous pop star in her own right, so she already has that part of the character down. Plus, it's exciting to see her bring Wilson back into the rom-com world, too.

Lopez worked with the same company, STXfilms, on Second Act, as well as her upcoming movie Hustlers. So it looks like she'll be pretty focused on acting this year — Variety reports that Marry Me will probably start filming this fall.

And one person who's sure to be in the front row at the Marry Me premiere is Lopez's real-life fiancé, Alex Rodriguez. In an Instagram post last month, Rodriguez praised how Lopez "transforms herself into a completely different character" in Hustlers. "She's been working so hard lately," the former Yankee wrote in his Instagram post. Based on this news, that's not going to stop anytime soon, but he'll be there to support her every step of the way.