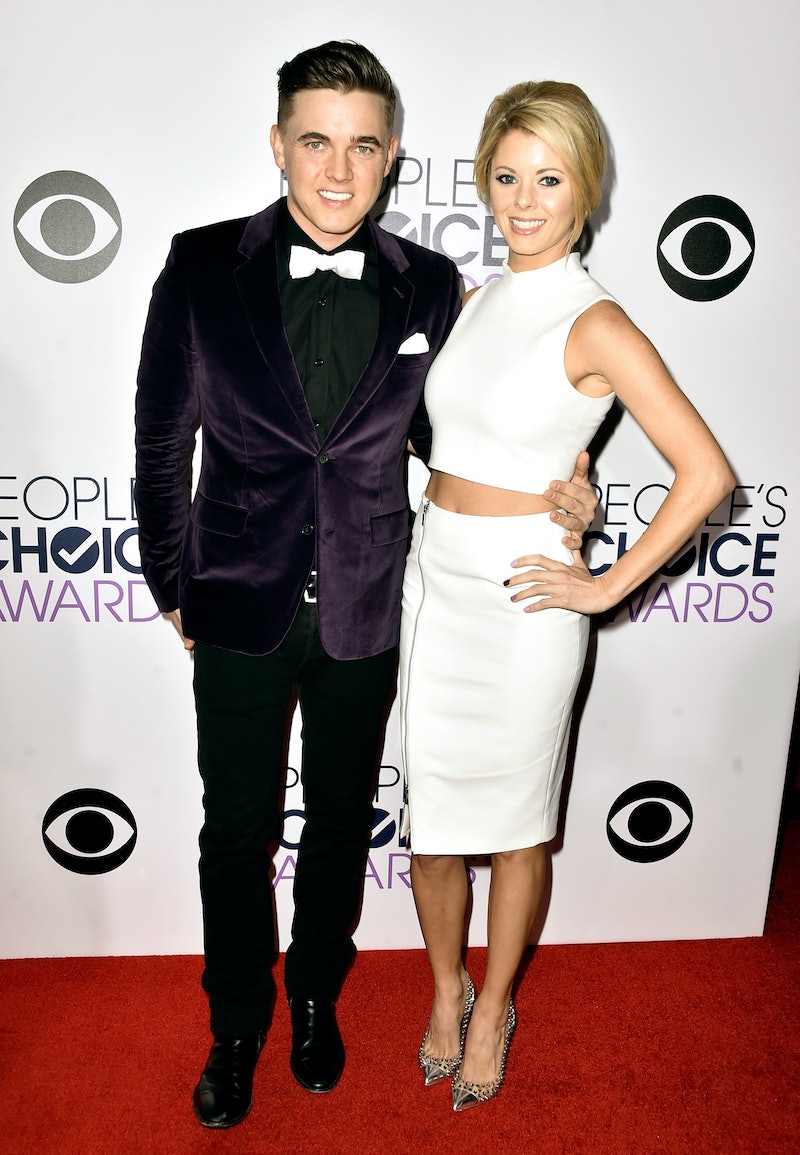 This "Beautiful Soul" singer's love didn't go to waste. On Friday, Jesse McCartney got engaged to Katie Peterson, according to Us Weekly. McCartney proposed to Peterson during a dinner at Wolfgang Puck's restaurant Cut at the Beverly Wilshire Hotel. The singer was reportedly surrounded by friends, and the proposal coincided with the couple's seven-year anniversary, which is in September. A wedding will be just the latest milestone for the singer, who recently announced plans for new music and seems to be at a turning point in both his personal and professional life.

On Saturday, McCartney posted a photo with Peterson on Instagram, confirming the engagement. He captioned the photo, "Locked it up" with a smiley face emoji. Later, the singer shared another picture of Peterson on Instagram as well, in which his fiancé can be seen showing off her engagement ring. He captioned the photo: "Katie McCartney has a nice ring to it."

Peterson commented on the photo, "So does fiancé. I love you" with a heart emoji. Friends and fans offered congratulations in the comments. Rapper Hoodie Allen commented, "ahhhh congrats man!", while actor Rebecca Budig wrote, "So happy for you!"

Peterson also celebrated the engagement on Instagram, posting a photo with her arms around McCartney's shoulders. Her picture showed off the new engagement ring as well. She wrote, "SEVEN YEARS.. and also forever." McCartney commented on Peterson's post as well, writing, "First!!" with an engagement ring emoji.

The proposal was well-timed for the couple, who have been together for a long time. The couple began dating in 2012, and post an anniversary post each year around September 14, according to Us Weekly. In September of 2018, McCartney posted an anniversary selfie with Peterson, in which the two can be seen celebrating in Malibu, California. He wrote, "Turning 6 this weekend #InTheBuWithMyBoo."

The past couple of years have been eventful for the singer. McCartney rose to fame in the late '90s, after appearing on the soap opera All My Children, as per IMDB. In the early 2000s, he became known for his pop music, including hit songs such as "Beautiful Soul" and "Just So You Know." He's continued to act, appearing in shows like Young & Hungry and Young Justice, as well as taking film roles such as Theodore in Alvin & The Chipmunks, and a part in the upcoming Love & Other Disasters.

After a four-year hiatus, McCartney began making music again in early 2019, according to Entertainment Tonight. The singer recently embarked on the Resolution tour, and is at work on a new album. In a February interview with ET, McCartney discussed his music career, and the renewed interest in his work.

"This last year has been pretty unbelievable for me. It had been four years since I had put out any new music. I put out the song 'Better With You' and it really seemed to connect with my core audience and then some," he said. "That sort of triggered the demand for an essentially sold-out summer tour, and all of a sudden I was back in the gauntlet."

For McCartney, this year is already full of major milestones. It's clear the engagement came during a big moment in his life, and as he embarks on new musical and acting opportunity, Peterson will be by his side.

More like this
'Friends' Star Maggie Wheeler Offers Support To Matthew Perry After Reading His Memoir
By Alyssa Lapid
Mel B Thinks These Celebs Should Play Them In A Spice Girls Movie
By Alyssa Lapid
'That '90s Show' Star Callie Haverda Got Advice From Mila Kunis & Ashton Kutcher
By Brad Witter
Man Meets Politics: ‘Boy Meets World’ Star Ben Savage Is Running For Congress
By Jake Viswanath
Get Even More From Bustle — Sign Up For The Newsletter
From hair trends to relationship advice, our daily newsletter has everything you need to sound like a person who’s on TikTok, even if you aren’t.