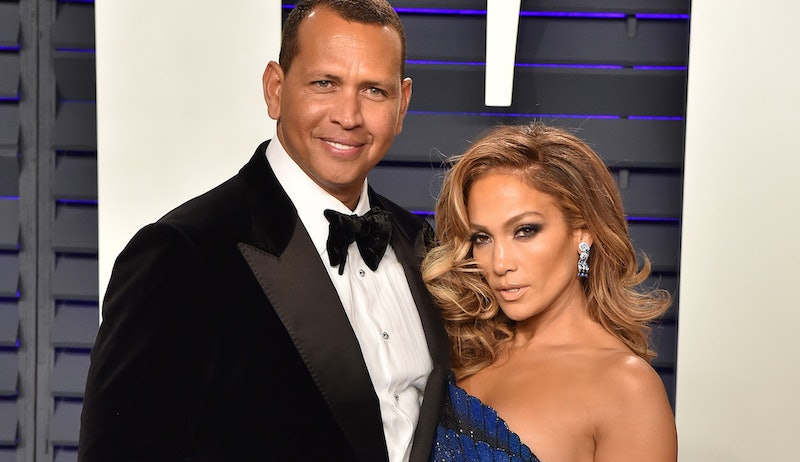 Quarantined bride-to-be (and newly-minted TikTok expert) Jennifer Lopez said coronavirus has already affected her wedding plans to former baseball player Alex Rodriguez. While appearing on the at-home edition of The Ellen DeGeneres Show on Tuesday, April 7, the Hustlers star admitted that the global health pandemic has affected her nuptials “a little bit.” And, just like brides across the globe, she's just going to have to wait and see how it all pans out in a few months.

“It did affect it a little bit, so, we will see what happens now,” Lopez told host Ellen DeGeneres. “Honestly, I really don't know what's going to happen now as far as dates or anything like that. We're just kind of in a holding pattern like the rest of the world. So, again, it's something we're just going to have to wait and see in a few months how this all pans out."

DeGeneres then suggested a TikTok wedding in light of the singer's viral “Flip the Switch” clip with Rodriguez that she shared in March. (In the challenge that features the swap of two people set against Drake’s “Nonstop,” Lopez and Rodriguez hilariously swapped clothes.) “Do a TikTok wedding?” Lopez responded in laughter. “It’s something to think about. I can’t make any commitments right now.”

Lopez and Rodriguez got engaged last March after two years of dating. Lopez shared the news on Instagram with a photo of her engagement ring and captioned the post with several heart emojis. While the pandemic has put a stall on their nuptials, Lopez previously stated that she was in no rush to walk down the aisle. “It’s so funny because when we first got engaged, I was like, ‘Oh, we’re going to get married in a couple of months,’” Lopez told Oprah Winfrey on her 2020 Vision: Your Life In Focus Tour in March, per PEOPLE. “[My] old thinking comes right back, like all that hopeless romantic that made me get married three times.”

She continued, “I said, ‘If we’re going to be together for the rest of our lives, what is the rush?’ If that's what we're really going to do, if we're really going to be partners.” She also opened up about the moment she knew Rodriguez was the one and said, “It was different than anything I had ever experienced in the sense of his consistency.” Lopez added, “Like what he says he does every time. And he also wants to build together, which I’ve never had. I’ve never had somebody who wants to see me shine and grow and be.”

More like this
Kim Kardashian Reveals Her Response To Kanye’s Fashion Opinions
By Jake Viswanath
Hailey Bieber Just Responded To *That* Viral Met Gala Moment
By Radhika Menon and Sam Ramsden
Dixie D’Amelio & Noah Beck “Love Each Other” Despite Breakup Rumors
By Julia Emmanuele, Jordyn Tilchen and Grace Wehniainen
Kanye West Apologizes To Kim K "For Any Stress I Have Caused" In Rare Interview
By Jake Viswanath
Get Even More From Bustle — Sign Up For The Newsletter