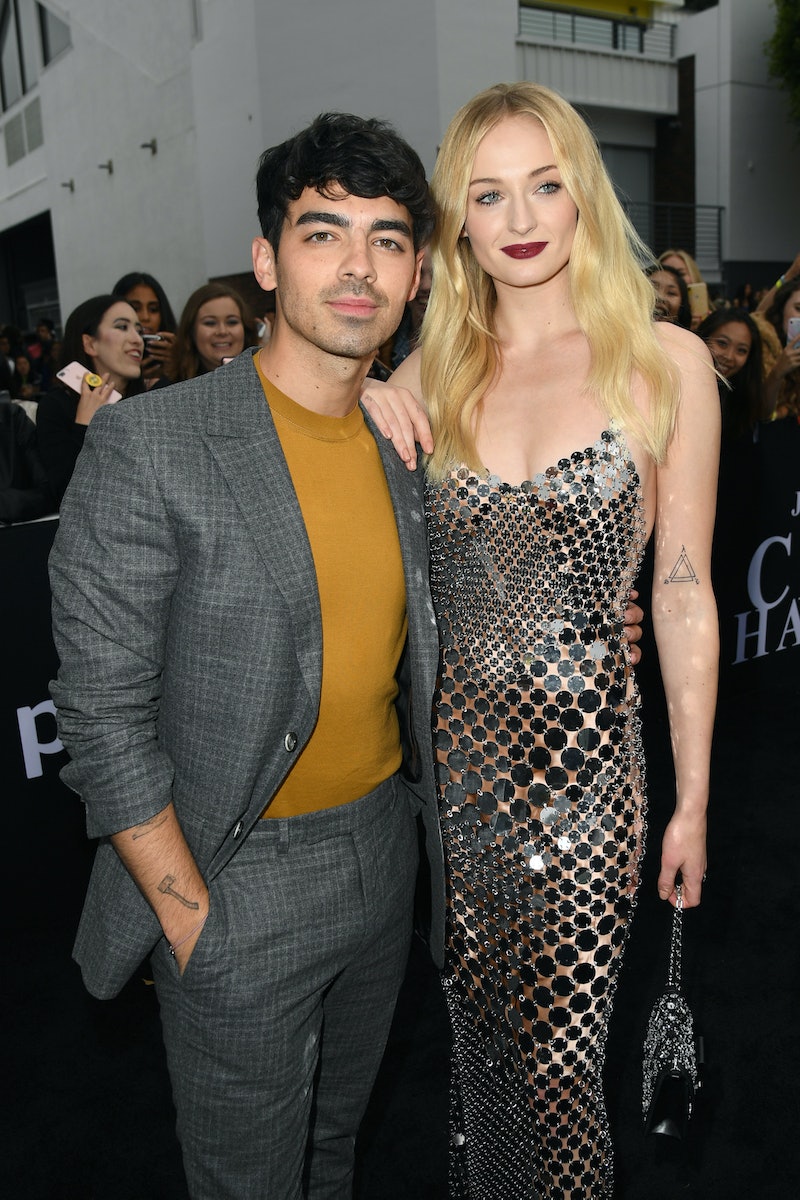 At long last, Sophie Turner has gotten a nomination of her own, amongst the many, many nominations Game of Thrones is up for. Obviously, Turner will be there on Sunday, but since she's married to another famous celeb, fans might be wondering if her husband Joe Jonas will be at the 2019 Emmys, too.

Well, there's a clear answer, and while fans who want to see Jonas and Turner on the red carpet together won't like it, Jonas Brothers fans who live in a certain midwest town will probably be just fine. You see, Jonas will not be at the Emmys because he and his brothers are on tour and have a show in Kansas City, Missouri on September 22, the same day as the Emmys.

It's too bad that Jonas can't be with Turner on her big night, mostly for fans who were hoping to see them walk the red carpet. The actor is up for the Emmy for Outstanding Supporting Actress in a Drama Series, and it's her first time being nominated. But even without Jonas there, she'll have plenty of company. Game of Thrones is up for 32 Emmys this year, which is the record for the most nominations in one year for a single series. (As Variety notes, the previous record was 27, which was set by NYPD Blue in 1994.)

In Turner's category alone, there are three fellow Game of Thrones actors: Gwendoline Christie, Lena Headey, and Maisie Williams. Rounding out the Supporting Actress in a Drama category are Julia Garner for Ozark and Fiona Shaw for Fleabag.

When Turner's nomination was announced back in July, Jonas shared a message about it on his Instagram Story. Along with a photo of himself with Turner together, he wrote, "Emmy nominated @SophieT I'm so incredibly proud of you." Turner also posted an Instagram Story when she heard the news. "I’m beyond humbled. I truly never thought that this would ever happen," she wrote, as reported by Just Jared. "This is the best farewell to the show that has been my life for the past 10 years." She added, "Also YES QUEEN to these queens" and tagged Christie, Headey, and Williams.

It's been a big year for Turner and Jonas, not just professionally, but also personally, since they only just married. First, in May, news broke that the couple had gotten married in Las Vegas. (Oddly enough, photos of the nuptials were shared on Instagram by Diplo.) Then, in June, the singer and actor had a bigger wedding with their friends and family in Sarrians, France. Both Turner and Jonas posted the same photo from their wedding day on Instagram along with the caption, "Mr and Mrs Jonas."

Soon, the newlywed actor will find out if she's taking home that Emmy, but even if she doesn't, there will surely be a lot to celebrate for Game of Thrones. And if Turner does win big, you can bet that she and Jonas will both be posting about it on social media.