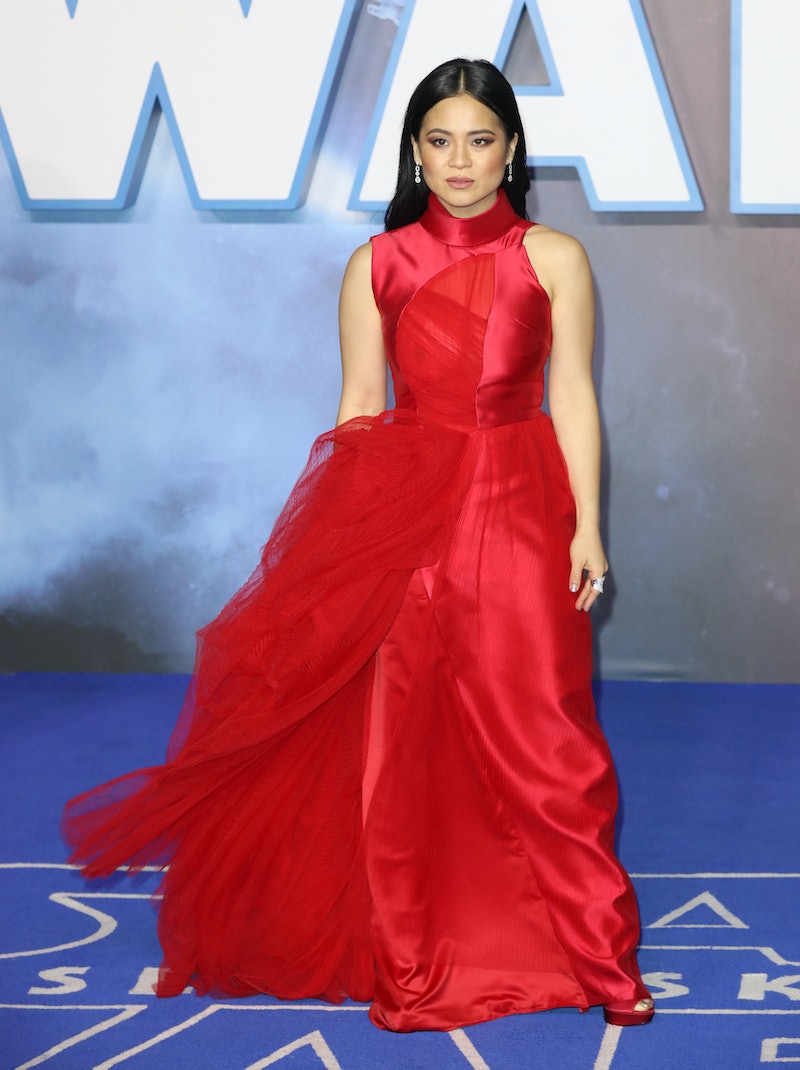 This article contains spoilers for Star Wars: The Rise of Skywalker. After seeing the way that Kelly Marie Tran's character was sidelined in Star Wars: Episode IX, many fans of the sci-fi franchise are hoping to see her get a chance to shine in a spinoff series — and now, one very famous face has joined the cause. On Friday, Dec. 27, director Jon M. Chu pitched a Rose Tico-centric Star Wars spinoff for Disney+ on Twitter, in order to rectify the character's lack of screen time in the final installment of the Skywalker Saga.

"Ok @disneyplus," the Crazy Rich Asians and In the Heights director wrote. "Put me in coach. Let’s make this series happen." In addition to offering to helm a spinoff series, Chu also added the hashtag "#RoseTicoDeservedBetter," which many Star Wars fans have used to protest Tran's treatment by the saga and its fans since the release of Rise of Skywalker. Rose, a maintenance worker for the Resistance who teamed up with John Boyega's Finn on a mission to disable the First Order's tracking device in The Last Jedi went from being a "normal" person to playing a major role in the Resistance's fight.

However, despite the importance of Tran's presence in The Last Jedi — she is the first Asian female lead in the Star Wars franchise — and Rose's role as a symbol of hope for the Galaxy, the character was met with a great deal of racist backlash from a subset of fans. The harassment got so bad that in June 2018, Tran deleted her social media accounts, and while many fans hoped that she would once again get to shine in Rise of Skywalker, they were disappointed to find that screenwriters J.J. Abrams and Chris Terrio sidelined Rose entirely. And Rose's limited screen time in Rise of Skywalker has caused some fans to posit that the filmmakers bowed to the criticisms of those racist fans.

Rose appears in less than a minute and a half of The Rise of Skywalker's two hour and twenty-two minute run time, according to Slate. She tells Finn in an early scene that she can't accompany him, Poe (Oscar Isaac) and Rey (Daisy Ridley) on their quest for the Sith Wayfinder because she needs to stay with the Resistance and "study schematics." And she pops up briefly throughout the film in scenes that took place at the headquarters, where she had fewer lines than new addition, Dominic Monaghan.

Even more disappointing than Rose's lack of screen time is the fact that Tran originally had more scenes in the movie, which were apparently cut from the final film. In November, the actor told Entertainment Weekly that she was excited that Rose and Rey had scenes together in Rise of Skywalker, and formed a bond in the upcoming film. (The pair do not interact at all in the version of the movie that was released on Dec. 20.) "I wish I could tell you more but I’m really excited for people to see [Rose and Rey] interact," Tran said in the interview, which was conducted before the cast saw the final cut. "They both have the some objective which is to fight for the things you believe in and the people you love."

In the wake of everything that Tran has endured and everything that Rose represents to so many fans, it's upsetting to see The Rise of Skywalker write her off, rather than celebrating her. Hopefully, Disney will take Chu up on his offer so that Tran — and Rose — can have the starring role that she deserves.