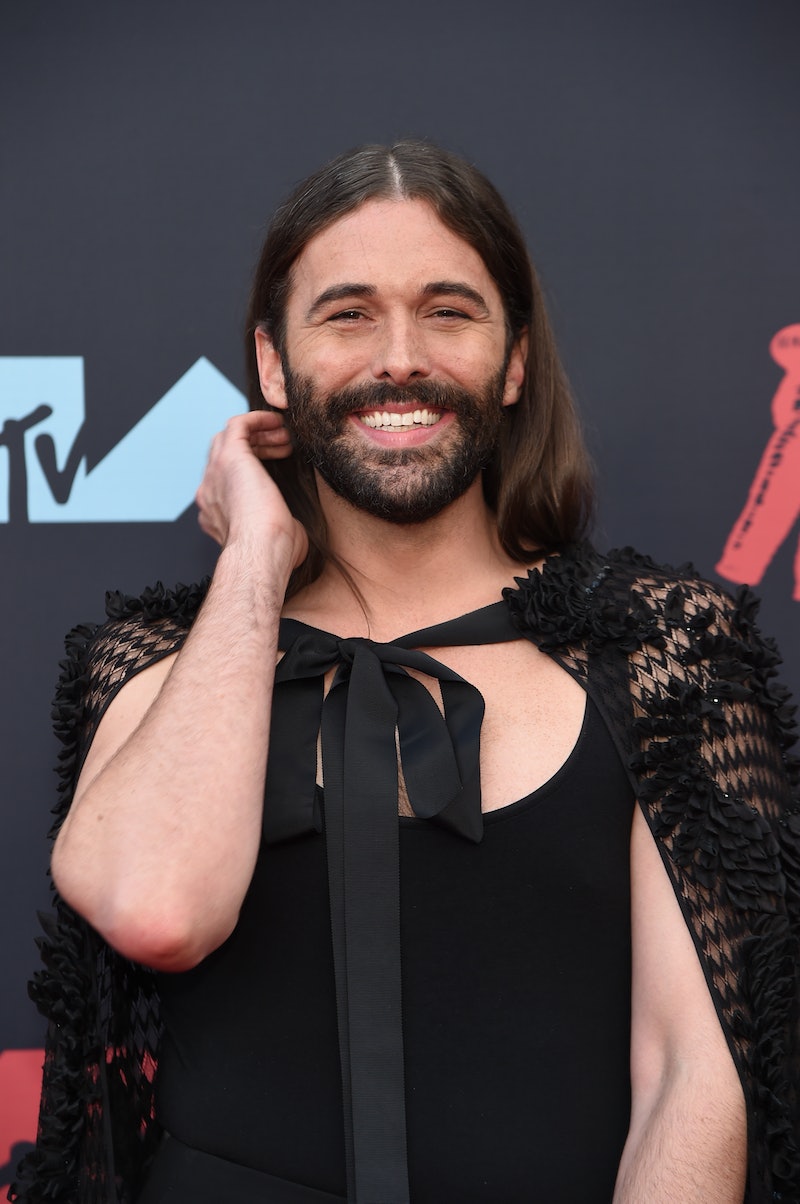 Following in his amicable Queer Eye co-star Karamo Brown's well-intentioned (sometimes Sean Spicer-misguided) footsteps, Jonathan Van Ness is, well, canceling cancel culture. In a recent interview with Us Weekly, JVN spoke out against the rise in some people boycotting certain celebs over wrongdoings or misunderstandings, and he'd rather go a different route.

As an openly gay, HIV-positive celebrity, Van Ness shared that he's been "negatively impacted" by discrimination and homophobia. However, he doesn't feel like his haters — or people with opposing opinions in general — should just straight-up get canceled or not be given a chance to grow. Instead, Van Ness proposed having "conversations that are continuous" to educate others, which could also help reduce the unfair stigmas that have long-plagued the LGBTQ community.

JVN also isn’t the first celeb to speak out against cancel culture. On a podcast in May, Jameela Jamil, who's sparked her share of backlash, said, "If we cancel people forever, when they have demonstrated immense change and remorse, we devalue progress." Meanwhile, Taylor Swift spoke to her own "cancel" experience after the Kimye drama, telling Vogue, "A mass public shaming, with millions of people saying you are quote-unquote canceled, is a very isolating experience."

According to an interview with The Guardian, Van Ness opened up about his HIV diagnosis publicly in order "to do something to move the conversation forward in a meaningful way around HIV/Aids" and "to humanize and normalize" the condition. By continuing to speak out, rather than shut anyone out, he's doing exactly that.

More like this
Adam Lambert Called Out The George Michael Biopic Over Potential Casting
By Sam Ramsden
Adam Ali Hopes 'Waterloo Road' Will “Subvert” Queer Misconceptions
By Sam Ramsden
Gen Z Are Twice As Likely To Identify As Queer, According To New Data
By Sam Ramsden
"Lavender Haze" Star Laith Ashley Breaks Down Filming With Taylor Swift
By Jake Viswanath
Get Even More From Bustle — Sign Up For The Newsletter
From hair trends to relationship advice, our daily newsletter has everything you need to sound like a person who’s on TikTok, even if you aren’t.