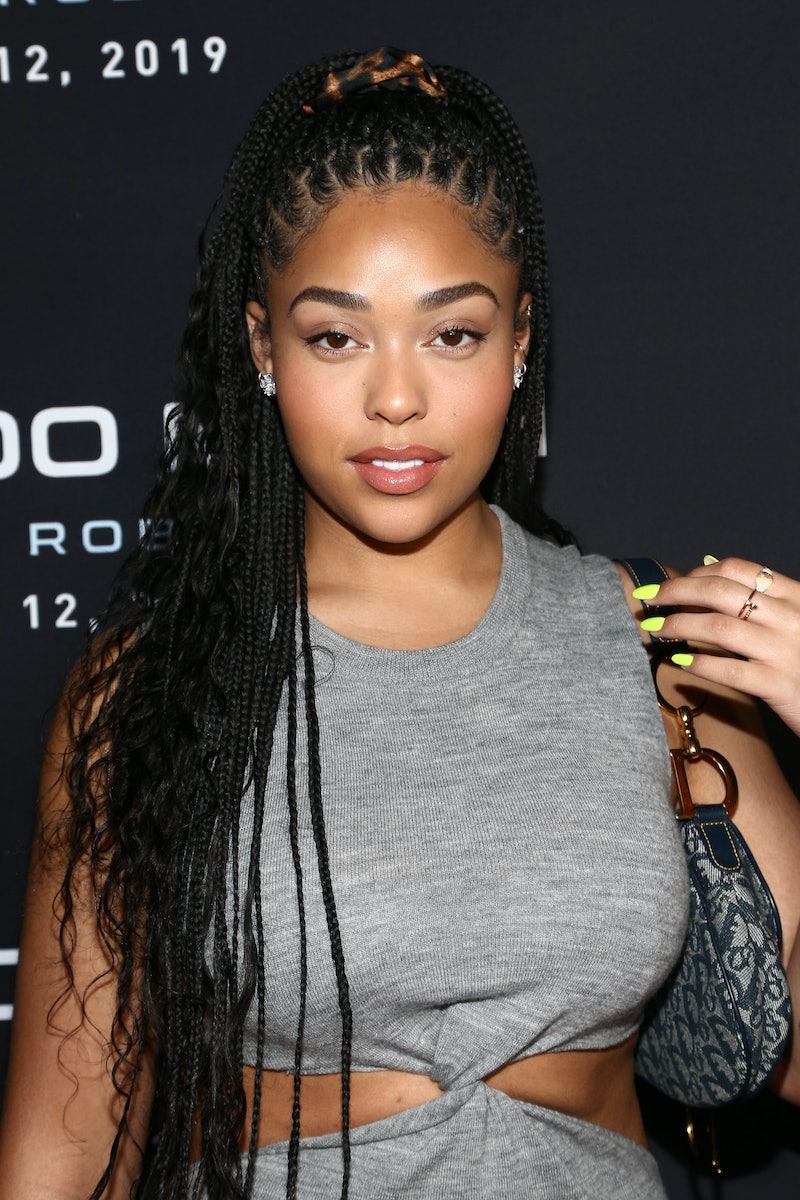 Now that Keeping Up With The Kardashians has finally caught up to Tristan Thompson's cheating scandal from earlier this year, the woman involved is speaking out. In an interview with Entertainment Tonight on Wednesday, Jordyn Woods responded to claims that she never apologized to Khloé Kardashian, and it sounds like they're both telling very different stories.

On last Sunday night's episode of KUWTK, Kardashian and her family were seen finding out that Thompson had reportedly cheated on her with Woods at a party he threw during the NBA's All-Star Weekend. The episode followed the family's reactions to the news, as well as both Kardashian and Kylie Jenner communicating with Woods after the news broke, and neither of them seemed thrilled with the way that she handled the situation. In fact, in one scene, Kardashian told sisters Kim Kardashian and Kylie that despite receiving phone calls from Woods, she didn't actually apologize to her.

"Now she’s downplaying it," Kardashian said on the show, via ET. "I'm not saying things can't happen. I'm the most understanding, calm person ever. But Jordyn… never once has Jordyn said, 'I'm sorry.'"

But as Woods told the outlet, despite what Kardashian said on the show, she actually is feeling remorseful about the situation. "It's just, you know, things happen, and of course I'm sorry and apologetic as much as I can be," she said.

In the same interview, Woods also took the opportunity to clear up the claims the family had made in the episode that they'd been the ones to get her where she is in her career, which she says is actually due to her own hard work.

"I definitely work very hard for a lot of the things that I have, and as you can see, I'm out here hustling, and I've always been working," she said. "I started modeling when I was 18, and you know, I work hard."

This isn't the first time that Woods has opened up about the incident since it happened last February. Back in April, when TMZ reporters asked her how she feels toward Jenner these days, she responded, "I have love for everyone, always."

And immediately after it all went down, Woods sat down with Jada Pinkett Smith for her Facebook show, Red Table Talk, and told her side of the story, admitting that she hadn't been as forthcoming about the situation when it happened because she was afraid of what would happen.

"I'm not here to play the victim," she said at the time. "I'm here to take responsibility. And when I was asked about what happened that night, I didn't tell the truth to the people I loved, not because of malicious intent, but because I was scared."

It's impossible to say whether Woods will ever reunite with Kardashian and Jenner in the future. KUWTK might be airing the scandal now, but it seems like everyone who was actually involved in the situation has finally moved on, and that is probably for the best.