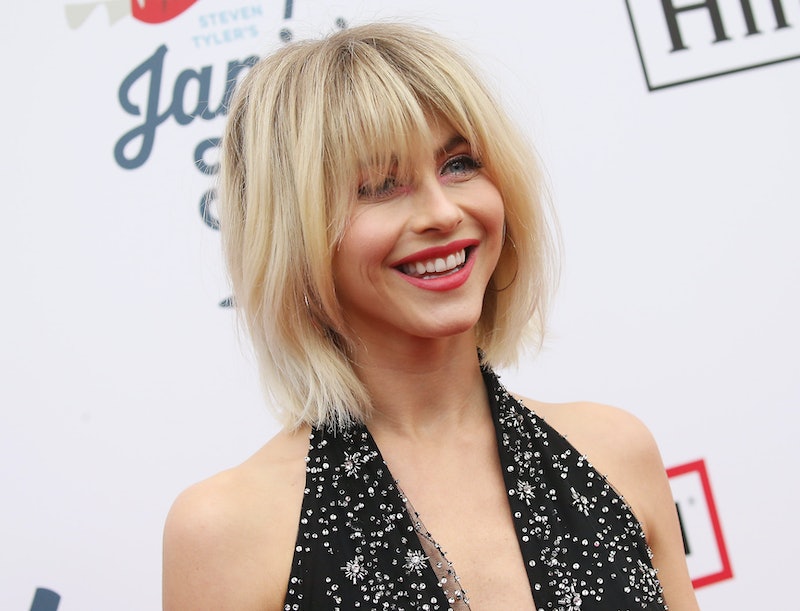 Julianne Hough made a big splash with her recent Women's Health feature, in more ways than one. As Us Weekly noted, Julianne Hough opened up about not being straight in her interview with the magazine. And the America's Got Talent judge is being as open as ever when it comes to her very own self-exploration journey.

Hough appeared on the cover of Women's Health baring it all, as she appeared nude and in a very carefree pose. For the September issue of the magazine, which also happens to be its annual "Naked Strength" issue, she told a story about how she came out to her husband, Brooks Laich. She recalled, “I [told him], ‘You know I’m not straight, right?’ And he was like, ‘I’m sorry, what?’ I was like, ‘I’m not. But I choose to be with you.’”

It should be noted that Hough did not put a label on her sexuality, besides saying that she was not straight, and, as experts have noted, it is important to not put a label on her. As of right now, Hough is simply enjoying the fact that she can be so open about herself, especially to her husband. She told Women's Health,

“I think there’s a safety with my husband now that I’m unpacking all of this, and there’s no fear of voicing things that I’ve been afraid to admit or that I’ve had shame or guilt about because of what I’ve been told or how I was raised.”

Elsewhere in the interview, Hough related that she's living as her "most authentic self" now, and it's even had a positive impact on her relationship with Laich, whom she's been married to since 2017. “I was connecting to the woman inside that doesn’t need anything, versus the little girl that looked to him to protect me,” she said, “I was like, ‘Is he going to love this version of me?’ But the more I dropped into my most authentic self, the more attracted he was to me. Now we have a more intimate relationship.”

While Hough hasn't discussed this facet of her life before, she's been open about even the most intimate details about her relationship with her husband. In early July, the former Dancing with the Stars pro appeared on the athlete's How Men Think podcast, where the two discussed the intimacy in their relationship, as People also noted.

“I can have chemistry and connection, but my intimacy with Brooks is because he challenges me, and he sees me for exactly who I am and accepts me for the fact that I can have chemistry and connection with a lot of people, but I choose him every day,” Hough said, and went on to describe their connection as one of the most "sacred" in her life. She continued, “I think that is also really sacred, and that’s why we have an intimate relationship. I don’t have that kind of intimacy with a lot of connections that I make throughout my life.”

It's great to see that Hough has such a big support system with Laich, especially as the dancer continues her journey of embracing her "authentic self."