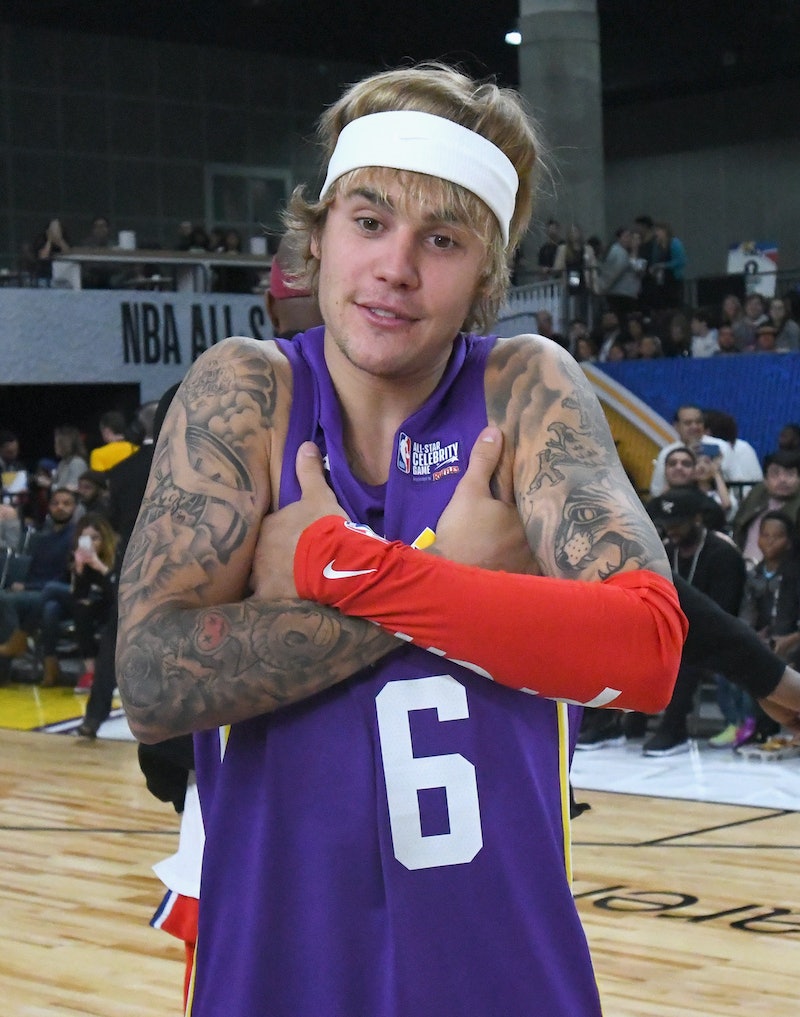 He just dropped a new single with Ed Sheeran, and now is returning to the beauty and self-care industry. Singer Justin Bieber is launching his own deodorant with Schmidt's Naturals, the brand whose tagline is "Natural deodorant that really works." The pop icon's deodorant, called Here + Now, is slated to drop in Fall 2019.

Here + Now deodorant will be vegan, cruelty-free, created with all plant-based ingredients, and formulated without aluminum or artificial fragrances, which is par for the course with Schmidt's Naturals products. Bustle reached out Schmidt's Naturals' reps, who said no additional details are available as of press time.

As most tried and true Beliebers are well aware, Bieber has plenty of experience in the lifestyle realms. He launched several scents — Girlfriend, Someday, and The Key — for fans back in the earlier part of this decade when celeb scents were at their apex. The singer also has his House of Drew fashion line, which debuted with a range of beige basics that quickly sold out.

According to PEOPLE, Bieber isn't merely slapping his name on the deodorant. He was intricately involved in the creation of this product, and his input factored into every detail, from the label to the artwork to the scent itself to the name.

Schmidt's Naturals CEO and co-founder Michael Cammarata told PEOPLE that this product is not just about controlling perspiration and odor. It actually has a bit of a deeper "Purpose" — really. Cammarata said, "It's more than just a deodorant. It's a lifestyle and a connection to those around you. It's about the small, but intentional choices we make every day that help us to lead happier and healthier lives, mentally and physically... If Justin can make the switch from conventional to natural, it's a choice that's open to everyone."

Cammarata, who praised the process of working with The Biebs as "fun and collaborative," also shared that Bieber chose the name Here + Now as a "reminder to be present in your daily life." Since the singer has been increasingly candid with his legion of Beliebers about his personal life and his mental health journey, the product's name carries additional weight.

Bieber hasn't commented further on the deodorant, simply posting the above image to his Instagram while showing off his extensive tattoo collection. Fans are ready for his new foray into self-care products, as the post has generated over 2.2 million likes in a day.

In other Bieber-related beauty news, the singer's wife, model Hailey Baldwin Bieber, recently filed paperwork to trademark the name "Bieber Beauty." That move would suggest that even more Bieber-backed and branded health and beauty products are in your future.

If you are not familiar with Schmidt's, head over to the brand's Instagram and throw them a follow while you wait for Bieber's deo to launch. The deodorants usually cost $8.88 or $9.99 and come in cool and modern scent and ingredient combinations, like Rose + Vanilla or Lavender + Sage. Schmidt's also sells natural toothpastes and soaps — and now, at least one Bieber-inspired product.