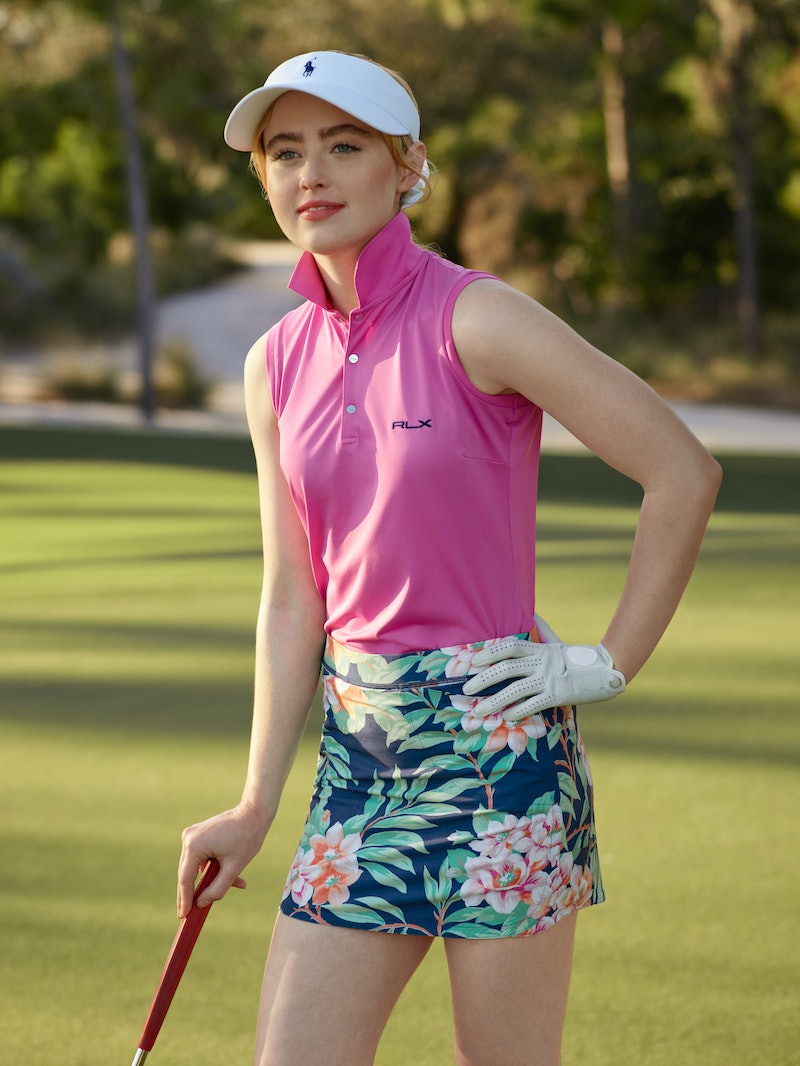 Fans of Big Little Lies will instantly recognize Kathryn Newton, the 23-year-old actress who plays Abigail, the outspoken and rebellious daughter of Reese Witherspoon’s character, Madeline. But with the drama of Monterey now behind her (unless HBO delivers a season 3), Newton is taking on a different role that’s actually quite personal for her: being the face of Ralph Lauren’s women’s golf line. (And there's a nice Big Little Lies nod — Celeste Wright, played by Nicole Kidman, actually wore a lot of Ralph Lauren on the show).

It couldn’t be a more fitting collaboration as the actress has a long history with the sport. She began playing in golf tournaments when she was just eight years old. Eventually, Newton went on to play for the golf team at her Southern California high school, where the team won three league championships. Hoping to play in the 2012 U.S. Women’s Open, she ultimately had to withdraw from the sectional qualifier when she got the lead role in Paranormal Activity 4.

“I am so excited to team up with Ralph Lauren,” Newton said. “Since I was a little girl, I have been wearing Ralph Lauren on and off the golf course. I am truly honored and proud to represent the brand and look forward to being a part of the RL family.”

She will be the face of Ralph Lauren’s women’s golf line for its spring, summer, and fall 2020 collections. The spring campaign — which offers fresh colorways, playful prints, and updated performance features, was shot in Florida alongside pro-golfer and Ralph Lauren sponsored athlete Justin Thomas, who has worn Polo Golf and RLX Golf since going pro in 2013.

Newton has openly shared her love for the sport on social media. She’s posted several photos of her hitting the links, calling golf the “greatest game ever played.” She’s also referred to herself as “just a little golfer girl.” Clearly, teaming up with a luxury golf brand is a natural move for Newton. Her passion for the game, combined with her vibrant looks, will certainly inspire fans to pick up a new hobby and hit the golf course in style.