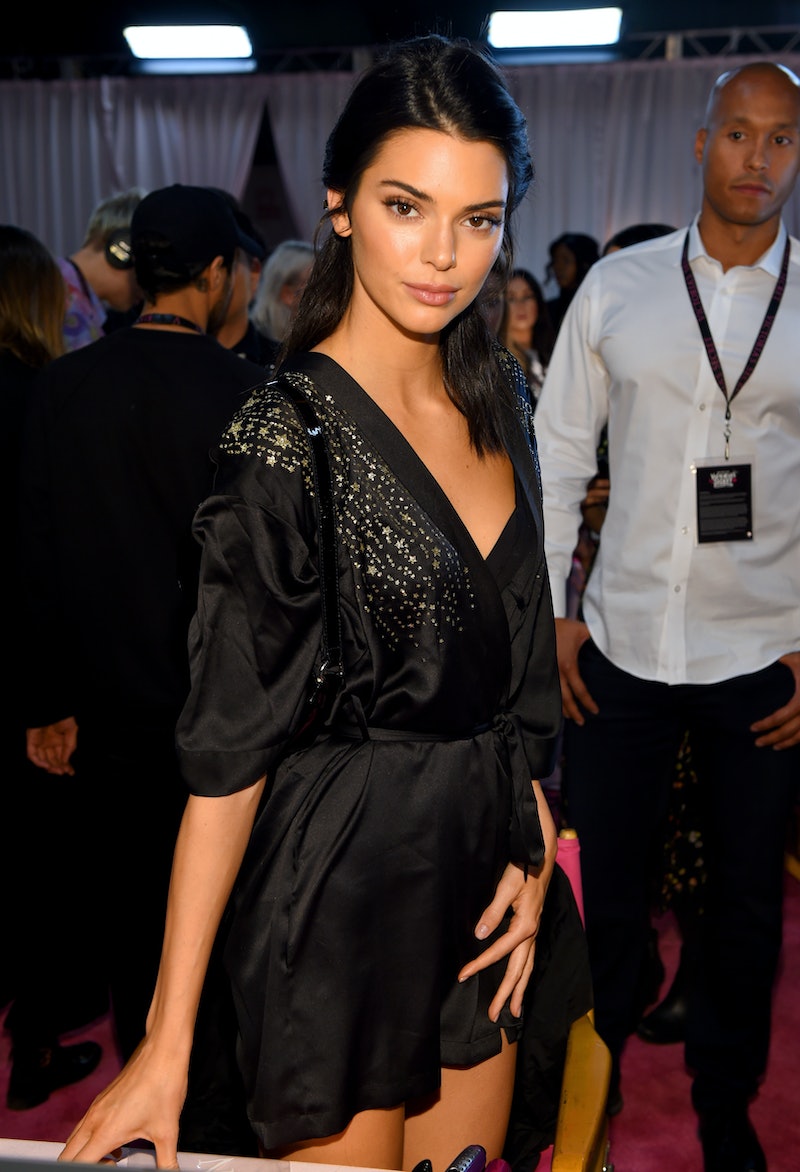 Things may be getting quite serious between Kendall Jenner and Ben Simmons, based on the latest report about the couple. According to People, Kendall Jenner recently joined Ben Simmons' mom at one of his basketball games. Cheering on your beau with their mom? That definitely sounds like a major sign that the pair may be more than casually dating.

On Jan. 21, Jenner was spotted sitting next to her rumored boyfriend's mother, Julie Simmons. The two cheered on Simmons' team, the Philadelphia 76ers, as they played against the Houston Rockets. Based on People's report, the model seemed to get along with Simmons' mom quite well, as they were both all smiles during the game.

It turns out that this wasn't the first time that Jenner joined Julie to root on the 76ers. As People noted, they previously attended a Philadelphia 76ers game, in which they played and won against the Washington Wizards, on Nov. 30.

Honestly, it's pretty major that Jenner has been spotted with Simmons' mother on multiple occasions. While the Keeping Up With the Kardashians star and the athlete have stayed mum on the topic of their romantic relationship, it certainly seems as though things may be getting more serious between them, especially if the reality star is already being welcomed into his family.

Jenner and Simmons have had a bit of an on-again, off-again relationship for some time now. The couple first sparked romance rumors in May 2018, per Page Six. And in July, their romance may have been confirmed thanks to one of Khloé Kardashian's Instagram posts.

On July 4, Kardashian posted a video from her holiday party which featured Jenner and Simmons snuggling together by the pool. But, even though they were seen getting close during the Fourth of July bash, they still had yet to confirm their relationship. Following this apparent confirmation that they were an item, E! News would report in late August, that the pair's relationship had "cooled off."

Ultimately, things would begin to heat back up between Jenner and Simmons during the fall. In early November, the model kept a "low profile" as she cheered on the athlete during his team's game against Brooklyn Nets, according to Page Six. Despite the fact that they've sparked romance rumors yet again, thanks to these outings and countless emoji-filled, flirty conversations, a source told Us Weekly in late November that the couple is keeping things casual. “They’re not exclusive and they’ll never be boyfriend [and] girlfriend, but they’re still having fun and hooking up," they claimed.

"Kendall likes hanging out with Ben — he’s funny and can relate to a lot of things that Kendall relates to," the source went on to explain to the publication, "He’s in the spotlight and understands that they need to be on the down-low. He also travels and works as much as she does, so it works for them."

But, given this recent courtside hangout news, could it be that Jenner and Simmons are actually going a more serious route with their relationship? Well, until either of them confirm any news about their romance themselves, fans of "Bendall" will just have to wait and see.