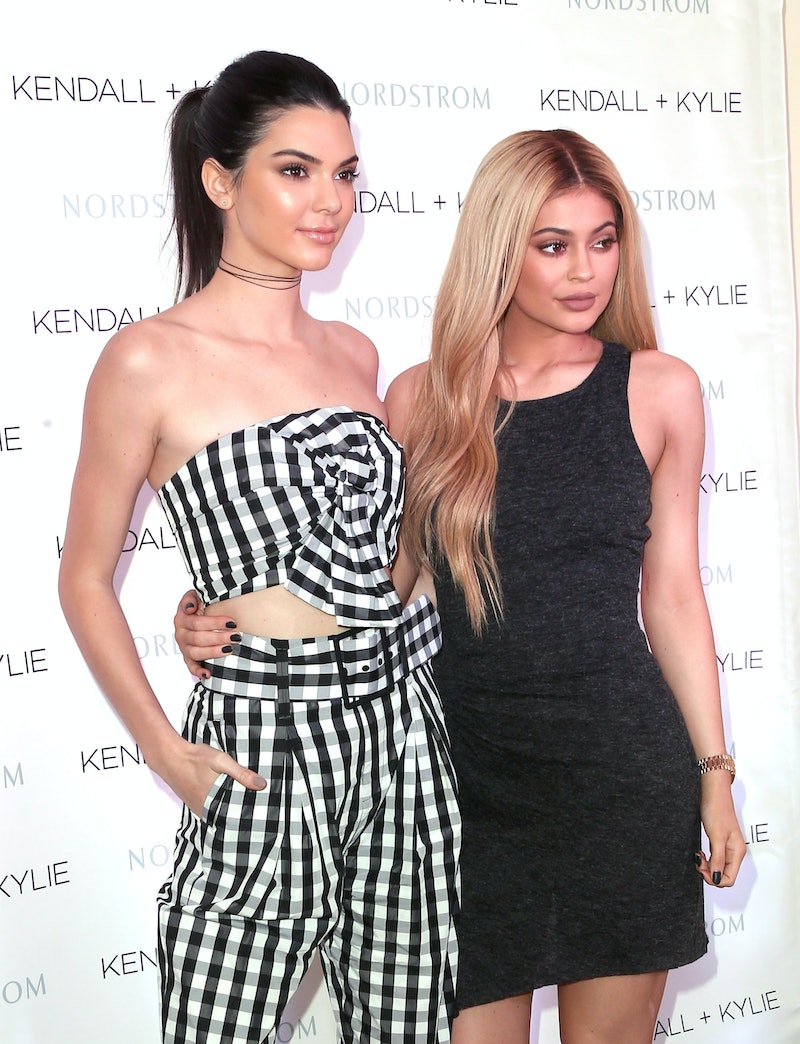 Kendall + Kylie, the Jenner sisters' high end fashion line that was billed as the contemporary collection that would evolve the duo away from teen-centric fast fashion into more sophisticated clothing, has made yet another cultural misstep. This time, a Kendall + Kylie handbag shaped like a Chinese food takeout box is the item in question.

Let's say it all together: Here we go again.

The bag is called the "Lee Leather Clutch." It's a steep $150, has a wrist strap, and reads "KK Express — Los Angeles, CA" on the front. That's clearly a reference to the sisters and their hometown, but the image of a Chinese Takeout container is far from theirs for the taking.

Critics say the bag (and its name) accepts and promotes a lazy stereotype of Asian communities. Not to mention it's just another example in the Jenners' long history of cultural appropriation.

W also pointed out that the K+K bag plagiarizes a Kate Spade design from 2014. The similarities are stark, and Spade received similar criticism around her release years ago.

But this modern K+K accessory will leave you shaking your head and wondering why the sisters, their team, and whoever is signing off on these items haven't learned their lesson by now. Take a look.

This bag arrives soon after the brand's decision to release vintage-style T-shirts with Kendall and Kylie's faces superimposed over hip-hop and rock icons. The suggestion of the shirt was that the Jenners equalled — or surpassed — the cultural importance of the music legends depicted.

Many saw the move as disrespectful to both the late and living artists on the shirts, especially those who are figureheads for black culture and identity, like Tupac Shakur and Biggie Smalls. Members of the black community were vocal in their critique of the shirts, and understandably so.

The offensive shirts were quickly yanked and a clumsy apology was issued by the Jenners. But the apology felt more like something the girls (and their team) knew they had to do rather than the actual realization of a major mistake.

One can only expect a similar action will follow with the criticism of the Lee Leather Clutch. After all, this is what the pair's history has taught us.

The sisters received such strong backlash from those now infamous shirts that one might think the controversy, along with the reaction to Kendall's unfathomably tone deaf Pepsi commercial just a few months before, would lead to more consideration.

But the instances of appropriation don't stop there. Far from it.

The styling of the above promotional photo for Kendall and Kylie's line was also called into question for appropriating Chola culture just last month. The girls eventually pulled the image from social media after Mexican women expressed their anger and fruatration with the misstep.

And there is still more instances to dissect as you dig into years and years of Jenner appropriation.

Rewind a few years to when Kylie posed in latex and a wheelchair for Interview. It was yet another insensitive move for the non-disabled celebrity, and one that sparked outrage from people who use wheelchairs for mobility.

After years and year of appropriation and apologies, the Jenners still haven't learned an essential lesson: Appropriation does not equal appreciation. And appreciation with community input or meaningful understanding isn't appreciation at all.

Unfortunately, we are all left waiting for the next instance of cultural appropriation until the Jenners get a much needed dose of cultural sensitivity. And, if history shows us anything, that probably won't happen any time soon.