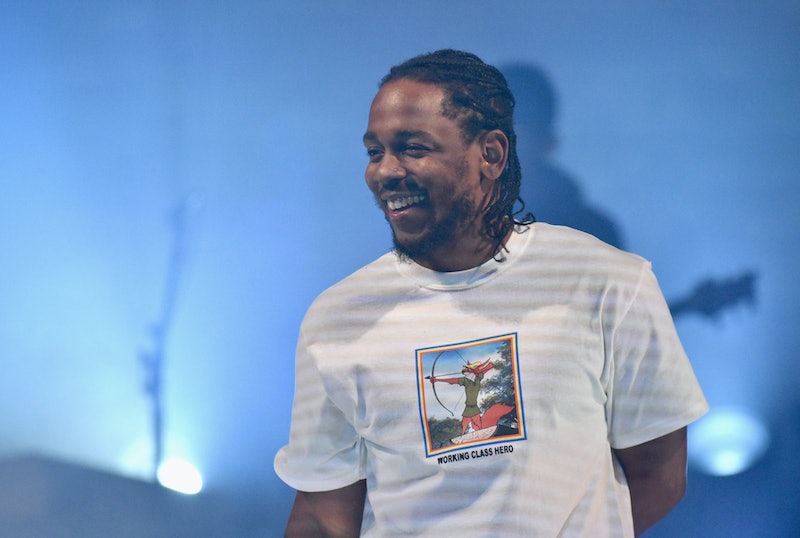 The day has finally come: Kendrick Lamar released DAMN. on Friday, April 14, and I have to say, I'm more than impressed with it. Initially expected on April 7, I was completely annoyed when I found out the album would be pushed back another week. But, in true Lamar fashion, the Compton rapper did not disappoint with this one. Not to mention, all of the rumors of Lamar releasing a second album on Sunday has turned my fandom up a notch. As with any K. Dot project, I've adored listening DAMN. in the order that he's laid out for us, but I definitely have my favorites. And since it's harder than ever to keep my opinions on this piece of work to myself, I've ranked Kendrick Lamar's DAMN. tracklist — from my least faves to the ones I can't stop playing over and over.

For the record, it's literally been a few hours since the project was released. And with each listen, my ranking seems to change. There are, however, songs that are so undeniably good that they have "top 5" written all over them. Those particular tracks have managed to keep their slots, no matter how many times I redo the list. And trust me, I've "redone" this list more times than I'd like to admit. But, a Kendrick Lamar album will do that to you.