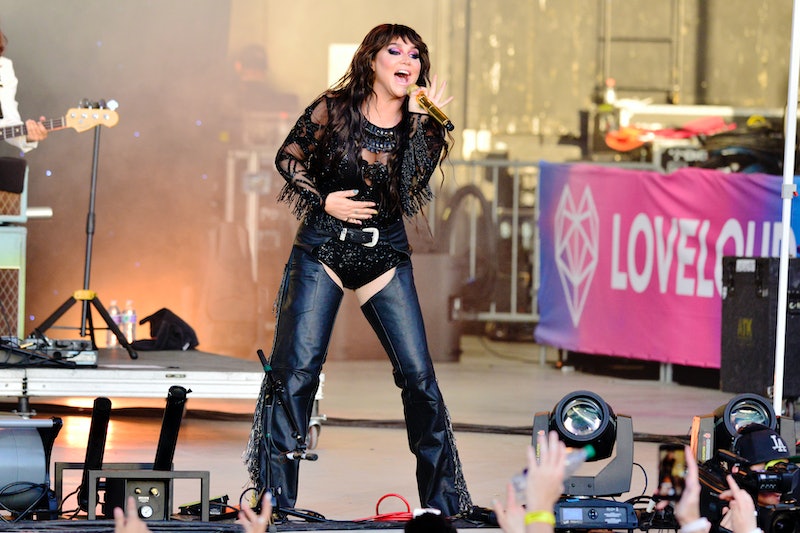 Kesha is returning to her roots for her fourth album. As the singer revealed in a Sept. 26 Billboard cover story, Kesha's new music is infused with the "happiness" she began her career with on hits like 2009's "Tik Tok" and 2010's "We R Who We R." A decade later, "it feels more earned and healthier than ever,” Kesha added in the interview. "There was a time where it was really dark, and now I really am so happy, and that’s why I want to make happy songs — and as a distraction from the bullsh*t that’s going on, either in someone's personal life or in the world. I want to inspire joy."

One of the dark times Kesha described includes her lengthy legal battle with her longtime music producer Dr. Luke (real name: Lukasz Gottwald). In Oct. 2014, Kesha filed a civil suit against Dr Luke in which she accused him of allegedly "abusing her physically, sexually, verbally and emotionally over a 10-year period," per Billboard. For his part Dr. Luke has denied the allegations in a series of tweets on Feb. 22, 2016. "Kesha and I made a lot of songs together and it was often good but there were creative differences at times," he wrote. "It's sad that she would turn a contract negotiation into something so horrendous and untrue. But I feel confident when this is over the lies will be exposed and the truth will prevail."

In turn, he sued Kesha for more than $50 million for alleged defamation and breach of contract, as also reported by Billboard. Kesha's abuse claims were dismissed in 2016, according to People, whereas Dr. Luke's countersuit is awaiting trial.

“There are so many what-ifs, and quite honestly, I’m not allowed to talk about it,” Kesha explained in her Billboard interview of the pending litigation. “And I’m really not used to not being an open book about everything — but I do have to defer to my lawyers on this one, and they're just like, 'Focus on the music, focus on your happiness and mental health, and we'll deal with this.' Doing that has been greatly helpful."

Once Dr. Luke's contract as CEO of Sony's Kemosabe Records expired in 2017, Kesha released the power ballad, "Praying," her first solo single in four years. On the track, which is from her Rainbow LP, she sang how it is better to "feel empathy for someone else even if they hurt you or scare you" because life is "about hoping everyone, even someone who hurt you, can heal," according to a Lenny Letter essay Kesha wrote in July 2017.

She told Billboard that she "did the therapy" with a "huge purge of emotions." Next, the two-time Grammy nominee will return to more upbeat pop songs on her next album, which she'll release in December. “I dug through the emotional wreckage, and now… I can go back to talking a little bit of sh*t. I really wanted to put a solid footprint back into pop music, like, 'I can do this, and I can do this on my own.' I don't know if this is my last pop record, but I want to have one where I go out with a bang."

Kesha also teased her new music's release in a Sept. 26 tweet, writing: "ANIMALS!!!! yall deserve to know first.....New Music Is Coming VERY Soon!!!! So excited! Spoiler alert - I Got My Ball's Back ☠️👾👽"

While headlining the June 29 LOVELOUD Festival which supports LGBTQ youth, Kesha further spread her message of compassion and acceptance. "I just want to encourage everybody here to not only love yourselves, but love the person next to you and love the people around you," Kesha told the Utah audience, per the Daily Herald. "You do not know what they're going through. You do not know what they've been through.”

Now that Kesha has seemed to rediscover her happiness, she'll be able to share that joy with her fans through her new music.