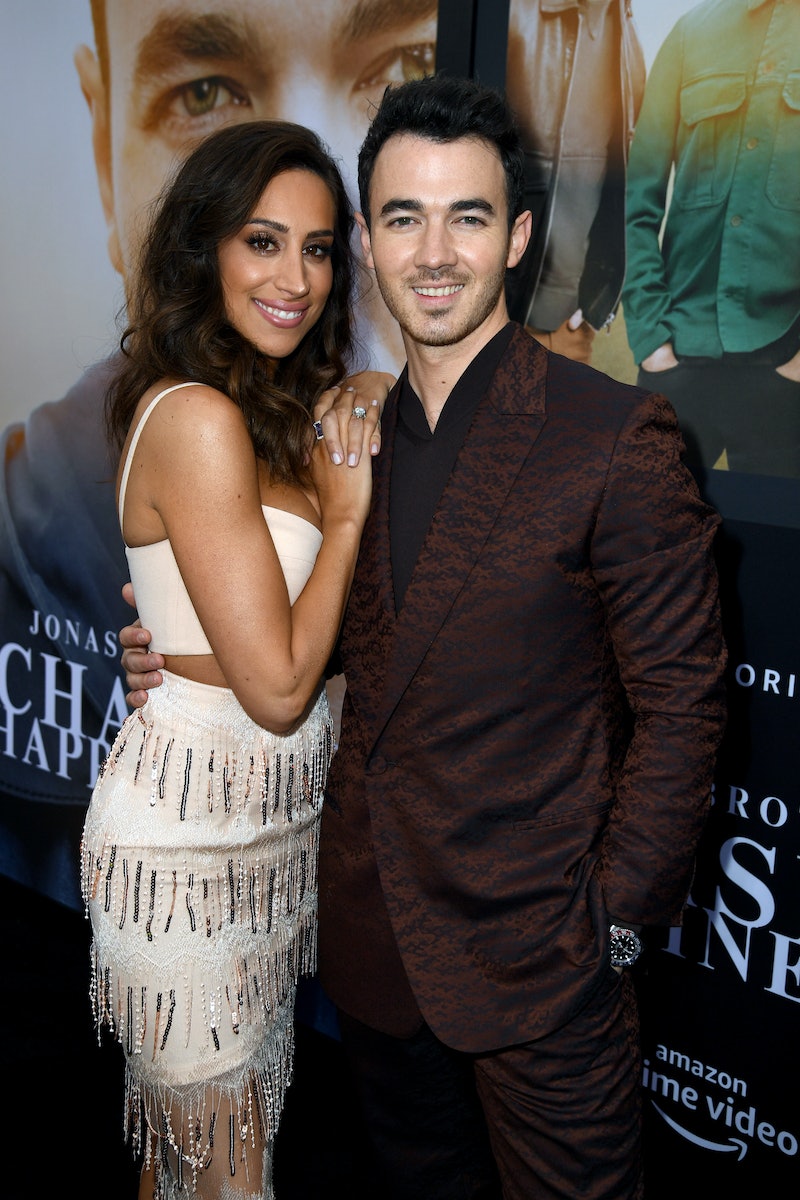 This Jonas Brothers singer is so happy that Danielle Jonas decided to marry him 10 years ago. Kevin Jonas shared a throwback proposal photo on Instagram on Tuesday, July 2. Based on his post, Kevin couldn't be more thrilled with his decision to propose to Danielle.

Kevin's Instagram shows a grainy photo of the singer down on one knee with a ring box in his hand. It appears that the image could be from security camera footage that captured the entire moment. You can't see either of their facial expressions, but it seems like Danielle is full of emotion as Kevin proposes to her. To make their 10-year-engagement anniversary even sweeter, Kevin captioned his celebratory Instagram,

"10 years ago I asked @daniellejonas to spend the rest of life with me. I am so lucky to have found my best friend early and to spend this life with you. I love you so much! Thank you for saying yes!"

As reported by People on July 1, 2009, Kevin and Danielle got engaged after the "Sucker" singer surprised his now wife at her New Jersey home early in the morning after performing in Vancouver with Nick Jonas and Joe Jonas. Kevin told the publication, "It was tough performing last night, knowing that I was going to ask the biggest question in my life to the most amazing girl in the world." He said about Danielle's response, "She said yes, yes, yes like 500 times super fast in a row." Danielle told People about getting engaged, "It still feels like a dream."

They've pretty much been inseparable ever since they first met in 2007 during individual vacations in the Bahamas. Now, they've been married for 10 years (they wed in December 2009) and have two daughters, 5-year-old Alena and 2-year-old Valentina.

Kevin can't help but gush over Danielle. In May, he posted an Instagram tribute, in which he praised Danielle for being all-around amazing. Next to photos of his wife and their daughters, Kevin wrote,

"Days like these as I travel and bring our music around the world, I am so grateful for my amazing partner @daniellejonas. You are the true rock star. Every day you give yourself to be the best mother and friend to me and our girls. Thank you. Can’t say it enough for what you do for our family. I love you."

In response to her husband's loving words, Danielle commented, "Love you Kev .. We miss you but we are so proud of you." Seeing as The Jonas Brothers are promoting their new music and have their Happiness Begins tour, Kevin has been extremely busy. Based on his caption, Danielle has been super supportive and exactly the kind of partner he needs in his life.

It's hard to believe Kevin and Danielle have been together for over a decade already. Even though it's been 10 years since Kevin popped the question, there's no denying the two are still very much head over heels in love with each other.

More like this
All The Celebrity Relatives Revealed On 'Claim To Fame' So Far
By Brad Witter
Nicola Walker’s IRL Husband Is No Stranger To TV Screens
By Darshita Goyal
Laura Tott From 'First Dates' Married Her Long-Term Mystery Boyfriend
By Darshita Goyal
Who Is Camila Cabello Dating? She's Getting Cozy With Lox Club CEO Austin Kevitch
By Radhika Menon
Get Even More From Bustle — Sign Up For The Newsletter