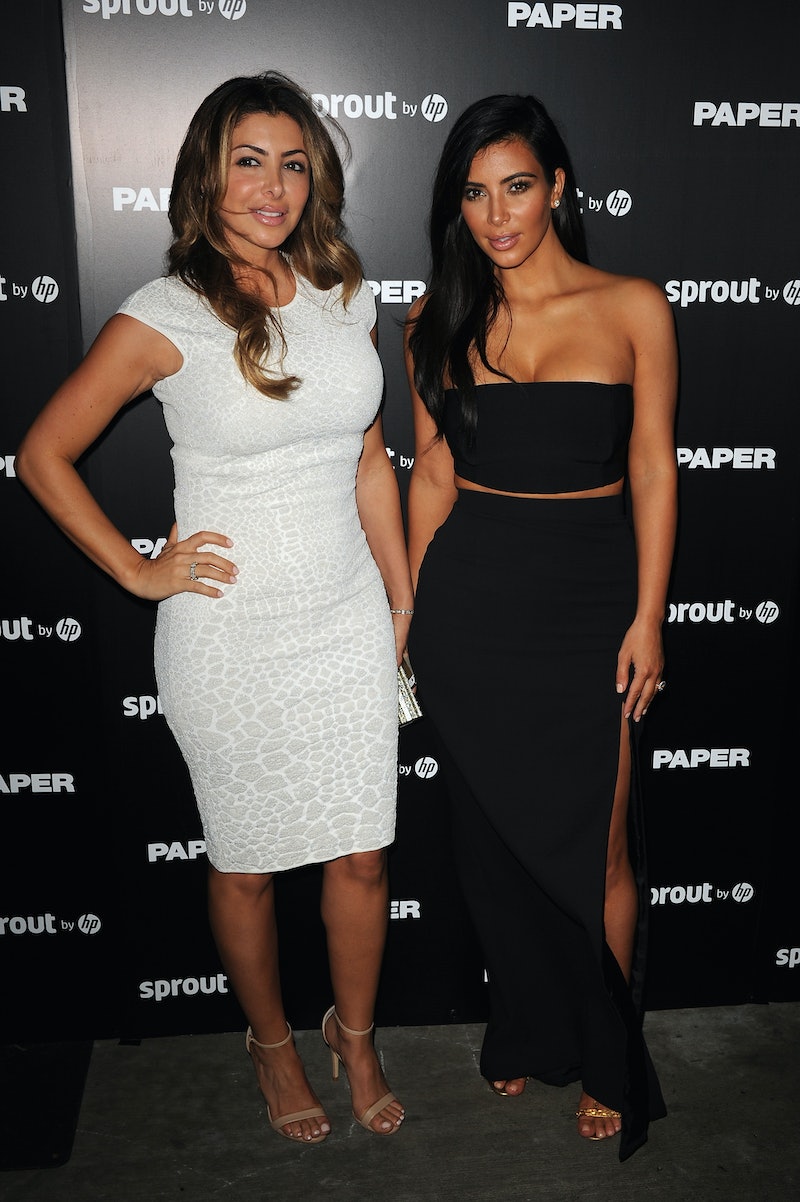 There's always so much Kardashian news to keep up with, even when a famous family member isn't actually present. Kim Kardashian's BFF Larsa Pippen was spotted with Kris Humphries at Coachella, but she recently cleared the air about what actually went down. Of course, it made news when two Kim K-adjacent people were spotted together. Pippen is one of the most loyal insiders in the Kardashian/Jenner inner circle. And then there's Humphries, the basketball player, who was unforgettably married to Kardashian for 72 days.

On April 16, Us Weekly reported that Pippen commented on a post on Perez Hilton's Instagram page with her side of the story. The Kardashian insider commented, "The convo lasted all of 3 min. He told me he’s known Scottie since he was 14 and that he loves him and I said so do I." The Scottie in question is her estranged husband, Scottie Pippen, aka the NBA legend. That basketball connection does make sense.

There's a lot of gossip surrounding the Kardashian/Jenner social circle, so what made Pippen clap back at this particular rumor? Well, there were some major insinuations in that caption Hilton wrote. He posted, "Larsa Pippen is one of Kim Kardashian’s best friends. Do we have another Jordyn Woods situation on our hands??? Does this break girl code???"

Now that's a very big claim. For anyone unfamiliar, the "Jordyn Woods situation" Hilton was referring to is Kylie Jenner's BFF's February encounter with Khloé Kardashian's now-ex-boyfriend Tristan Thompson. (Bustle previously reached out to reps for Khloé, Thompson, and Woods for comment on the cheating rumors, but did not hear back.)

There are conflicting reports on what ultimately went down, but Woods went to an afterparty at Thompson's home in California and left the next morning. Hollywood Unlocked claimed that the two were spotted "messing around" at the party. However, Woods said on Red Table Talk that nothing "intimate" happened between her and Thompson. Woods claimed, "On the way out, he did kiss me," but emphasized that there was "no passion, no nothing. He just kissed me."

The public will probably never know what exactly happened, but one thing that was made clear when the scandal broke is that Pippen is a ride-or-die member of Team Kardashian. Pippen and Khloé's BFF Malika Haqq —along with Khloé herself — commented on Hollywood Unlocked's Instagram post, as seen below.

"Can’t wait to see which version of her story she tells. Hope it’s the same she told @khloekardashian when she checked her."

Pippen even received some backlash for the comments, which she addressed in her Instagram Story. The Instagram account Baller Alert shared a screenshot from one of her post on March 3. Among other things, Pippen wrote, "If you're gonna be doing interviews tell the truth. I don't handle my problems publicly I handle them privately."

No one can deny that Pippen has been fiercely loyal to the Kardashian family, so why would she ever go against the grain? Let alone at a highly photographed event like Coachella. It just wouldn't make any sense for her to be getting close with Humphries.

While true Kardashian fans know that this would be out of character for Pippen, it is understandable that she would want to clear the air after the recent family drama with Woods. Hopefully this puts an end to all the gossip.