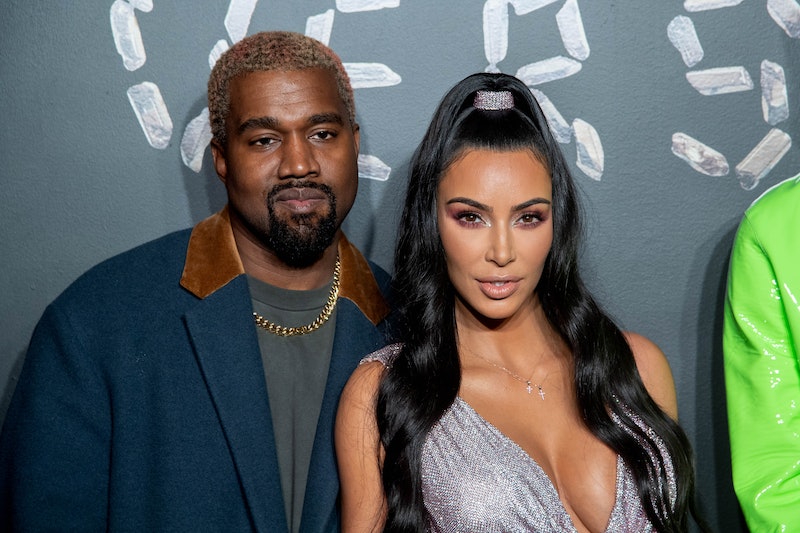 Now this grand gesture has some serious sax appeal. Kim Kardashian's Valentine's Day gift From Kanye was, what else, but an absolutely over-the-top display, featuring a private performance by one of the world's most famous saxophonists. "NO BIG DEAL KENNY G IN MY LIVING ROOM!!! Happy Valentines Day", Kim tweeted on Feb. 14, along with a video of Kenny G playing his song “Forever in Love.” Oh, and the floor was blanketed in glass vases, each containing a single rose, too, of course, because, ya know...Kanye.

Naturally, Kim was atwitter about her V-Day surprise, documenting the sweet moment on social media, even panning over to show a smiling Kanye watching the mini concert with her. She also uploaded another video of the long-haired Kenny G playing "Somewhere Over the Rainbow" live from her living room. "Best husband award goes to mine!!!!" the Keeping Up with the Kardashians star gushed in a follow-up tweet. "Most thoughtful gifts ever!!!!"

While we don't yet know if she planned any sort of comparable gift for her husband of four years (though, how do you top that?), Kim did send Kanye some more social media Valentine's love earlier in the day, sharing two throwback photos on Instagram.

With a tropical sunset in the background, Kim and Kanye are kissing in the first pic, which E! News suspected was taken during a Mexican vacation "early on in their relationship." The second photo in the carousel was a selfie of the couple, both smiling ear to ear. “Happy Valentines Day babe!!! I love you so much,” read Kim's caption.

The KKW beauty founder similarly commemorated last Valentine's Day by posting more photos of herself with Kanye. And Kanye's motif with the individual rose vases also followed his longstanding tradition of floral-themed gifts. Five years ago, Kanye famously sent Kim 1,000 roses for Valentine's Day 2014. This wasn't even the first time he gifted Kim with a private concert either. In honor of Mother's Day 2016, the Grammy winner brought in an entire orchestra to perform for Kim in their living room.

The parents to daughters North, 5, and Chicago, 1, and three-year-old son Saint, also have plenty more to celebrate this year, as they announced in January that they are expecting their fourth child, a son, via surrogate. Kim confirmed the news — adding that the baby is due “sometime soon” — during a joint appearance with sisters Kourtney and Khloe on Bravo's Watch What Happens Live. Her hilarious reason for going public? "I got drunk at our Christmas Eve party and I told some people. I can't remember who I told because I never get drunk," she revealed during the episode.

Her letting loose may just be part of her new zen approach to motherhood as she anticipates the imminent arrival of baby no. 4. “I was kind of stressing,” she admitted during a recent interview on The Tonight Show with Jimmy Fallon. “My house is so full [but] I heard that parents of four are the most enlightened and calm of all parents.”

Judging by this year's Valentine's Day celebration, Kim and Kanye may just be the most romantic of all parents, too.