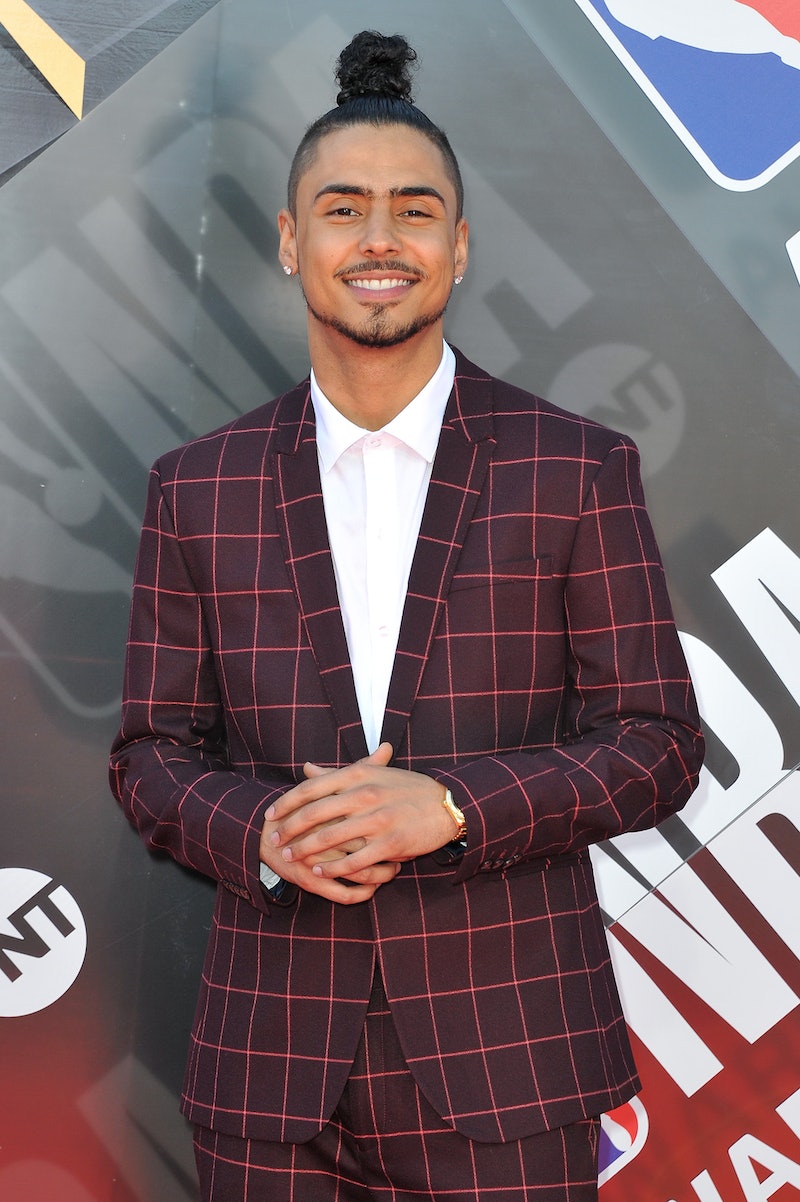 It's been two weeks since Kim Porter unexpectedly passed away at 47 years old on Nov. 15, and now, her son is coming forward to show his appreciation to everyone who's been sharing their support with him and his family over the loss of his mother. On Wednesday, Nov. 29, Quincy Brown thanked everyone for their condolences in a heartfelt Instagram post, writing that Porter's death has been "the toughest heartbreak I will ever encounter."

In the emotional photo, Brown is at the microphone at Porter's memorial service, standing between Diddy, Porter's ex, and Al B. Sure, Brown's father. All three men are wearing sunglasses on what must have been a truly difficult day for them. He wrote:

"To my family, friends, Qrew, entertainment colleagues and all of my family’s supporters... Thank you for your endless love, condolences, best wishes and positive energy through the toughest heartbreak I will ever encounter. Please know that your wishes of strength have united us as a family closer than ever. Heaven has gained a special angel to look over ALL of us. From the bottom of my heart....Thank Y’all"

Brown's message comes more than a week after he shared a tribute to Porter on Instagram three days after her death, writing:

"I am broken...& the only thing that makes sense right now is that you were way too good for this silly world we live in. I love you so much MOMMY."

So far, that's all that Brown, who stars in the Netflix original movie The Holiday Calendar, has shared when it comes to his late mother, but he's not the only one who's come forward to honor Porter. On Nov. 18, Diddy shared a video of him and Porter from when she was pregnant with one of their three children, along with some sweet words of his own. He wrote:

Porter's cause of death has yet to be determined, although according to People, her autopsy was completed on Nov. 16 and the cause was deferred for further investigation. When TMZ originally announced her death, the site said that Porter was reportedly dealing with the flu or pneumonia and wasn't feeling well in the days before she was found unresponsive in her home, where paramedics later pronounced her dead.

It's heartbreaking to know what Brown and his family must be going through, but they seem to be surrounded by people who want to support them during such a difficult time. Porter may be gone, but what her friends and family have said so far, she won't be forgotten.