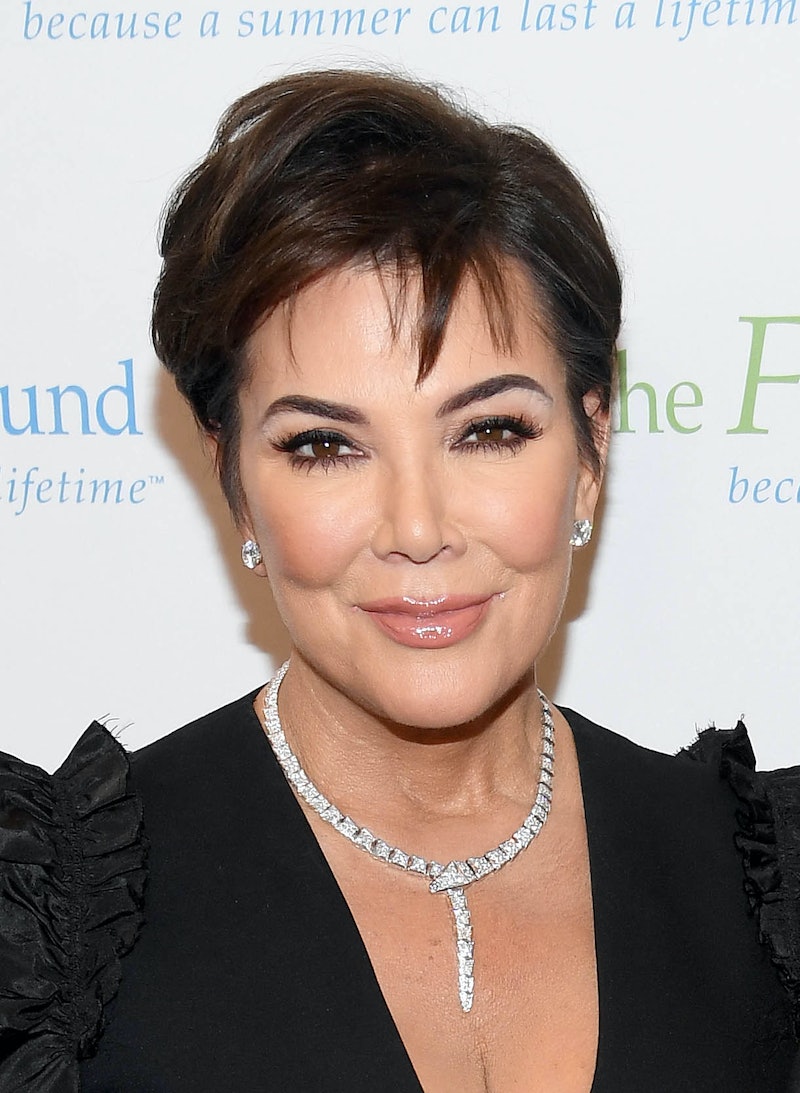 Imagine having Kris Jenner as a grandmother. Aside from sharing the spotlight with nine other grandkids, it's got to be a great life to live, especially on a special occasion. On Monday, July 8, Kris Jenner posted a tribute for Penelope Disick's birthday on Instagram. Sure, Penelope isn't on social media and she probably can't read yet, but there are lot of fans who enjoy keeping up with the lives of the Kardashian-Jenner offspring.

In her post, Kris shared 10 photos of Penelope from throughout the years, including one wearing matching dresses decorated with lemons. The (grand)momager also wrote a very sweet caption. Aside from wishing her granddaughter a happy birthday, the family matriarch shared kind words about the 7-year-old. She wrote,

"You are the sunshine of our lives and I am so blessed to have you to love and watch you grow up!!! Thank you for bringing me so much joy and being the best sister, daughter, granddaughter and cousin!!! I love you so much my little P."

How is Penelope 7 years old already? Time really does fly by, especially for Penelope's family members, but also for fans who have literally watched her grow up on Keeping Up With the Kardashians and on social media. Viewers literally saw Penelope being born during the Season 7 finale episode, which aired back in 2012.

Kris isn't the only one who shared some photos in honor of the big day. Her mom Kourtney Kardashian started her birthday tribute the night before Penelope's birthday with a series of photos on Instagram Story. Along with the first photo, Kourtney wrote, "my baby girl turns 7 tomorrow," with some crying face emojis. In another last pre-birthday Instagram Story, she joked, "gonna go cry myself to sleep."

Aunt Kim Kardashian shared two photos of her daughter North West hanging out with Penelope. In the first photo, the famous cousins are lounging outside. In the caption of her second photo, Kim wrote that Penelope and North are "best friends forever."

Aside from being besties and cousins, they are also birthday buddies. North's birthday is June 15, which is very close to Penelope's July 8 birthday. It's only logical that they celebrate together while they're so young and know all of the same people.

In addition to sharing birthday wishes on social media, the family already had an in-person celebration for Penelope. In June, Penelope and North had a Candy Land-themed party in Kourtney's backyard. Besides Kris, Khloé Kardashian, Penelope's dad Scott Disick, and Scott's girlfriend Sofia Richie were at the over-the-top party. And why not go all out, especially if it's a two-for-one deal with the birthday girls?

This wasn't the first time that the two cousins celebrated their birthdays together. In 2017, Penelope and North had a Moana-themed birthday. The year before, they celebrated with a mermaid-themed party.

On the one hand, Penelope is just like most kids today, getting birthday wishes from family members on social media. On the other hand, pretty much every one of her relatives is a super famous reality star, so these posts are seen by millions of people — but probably not by Penelope since she's not even on social media. Still, it's sweet that P's family has marked this special milestone for her to look back on in the future.