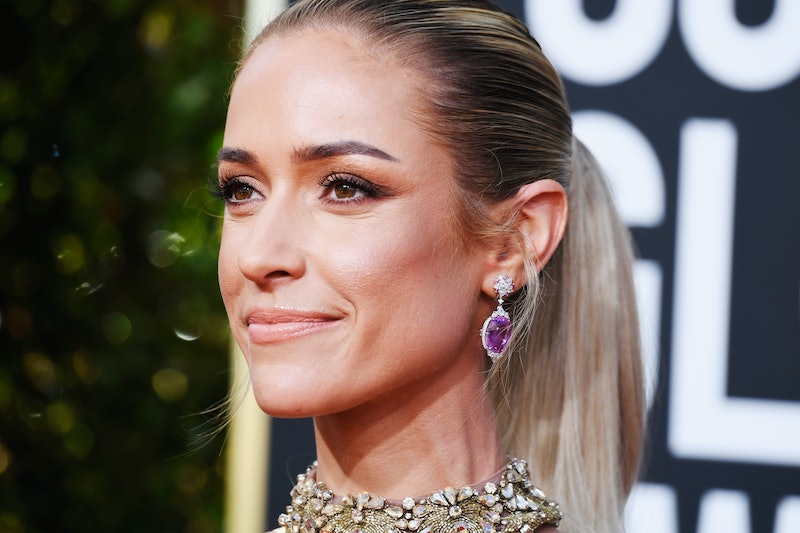 It's been nearly 15 years since the teens of Laguna Beach made their first foray into reality TV, and many of them went on to appear on the show's spin-off, The Hills, which is now set to return as a reboot later this year with much of the original cast. Kristin Cavallari won't be on The Hills: New Beginnings, though, and she's actually "kind of happy" about that, the star recently told Us Weekly. There's no hard feelings — she's just apparently not about that "drama, drama, drama" anymore.

When asked how she felt about The Hills: New Beginnings, the 32-year-old told Us Weekly, "I’m excited to see it, like everybody else." She then revealed that while she'd "love to do some sort of cameo or something" on the show, "I can’t, because of [Very Cavallari]."

Cavallari may not be *fully* removed herself from all the drama; after all, she's still doing reality TV, as the second season of her E! show, Very Cavallari, premiered earlier this month. Now that she's married with kids, though, the drama in her life is pretty different than it was during her Cabo days, that's for sure.

Even though Cavallari seems relieved she won't be returning to The Hills, one of her former castmates has made it clear that she'll definitely be missed. Back in September 2018, Whitney Port spoke to Us Weekly about her own choice to appear on New Beginnings. When asked about Cavallari and Lauren Conrad — who also opted out of the reboot — Port said she was disappointed that they hadn't signed on.

"I mean, they were the main people on the show," she told the outlet. "I thought it would be so fun for everybody to get together and reunite and all catch up. So yeah, I was definitely bummed, but I totally understand the various reasons why they wouldn’t or couldn’t... I would love for them to."

As for Conrad's reason for not returning? According to a source for People in August 2018, "She’s in a different place in her life... but she wants everyone to enjoy themselves. She wishes everyone the best." Fair enough.

Despite Cavallari and Conrad's absence from the show, there will be plenty of other familiar — and new — faces on The Hills: New Beginnings. In addition to Patridge and Port, fans will get to see Spencer Pratt, Heidi Montag, Stephanie Pratt, Justin Bobby Brescia, Brody Jenner, and Jason Wahler. Former OC star Mischa Barton has joined the group as well, which should definitely make things interesting.

The Hills reboot is reportedly set to air some time this year, although a specific date has yet to be announced. Until then, you can get your Hills fix by keeping up with Cavallari throughout the second season of her show.