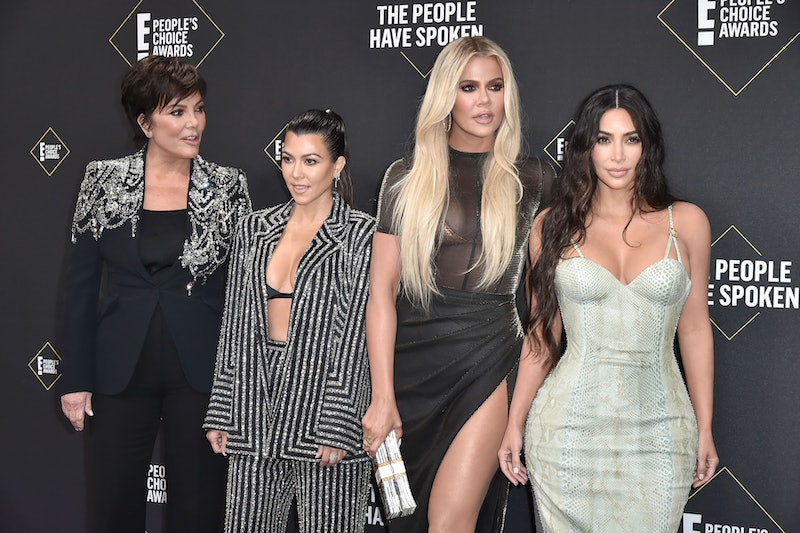 In light of the global coronavirus pandemic, Keeping Up With the Kardashians’ Season 18 finale episode will be filmed on iPhones. On March 30, Kim Kardashian West joined Jimmy Fallon via video call for The Tonight Show: At Home Edition to discuss how the Kardashian-Jenner clan has handled production amid the health pandemic that has shut down Hollywood. With just one more episode left to film, the family has taken matters into their own hands.

“We filmed the entire season except for the last episode, so now that we’ve shut down production, it’ll be all of us in quarantine filmed separately by ourselves,” Kardashian West explained. “We have tripods set up, and our iPhones, and the whole last episode will be what we do in quarantine.” Since she’s been isolated in her home and away from her sisters, Kardashian West told Fallon, “I literally have no idea what everyone else has been doing!”

In the Season 18 premiere that aired on March 26, Kardashian West and sister Kourtney got into a fight that turned physical after the two exchanged slaps and punches. The altercation stemmed from long-held tensions between the two because Kourtney wanted to spend less time filming. In her video call with Fallon, Kardashian West said the fight caused the show to halt production and made their mom Kris Jenner cry.

“[Kris] was like, 'Who are you guys? What is going on?' I think everyone was really shook for a minute and just was like, 'This isn't our type of show," Kardashian West said. "What's happening?' We want everyone to be comfortable and safe."

KUWTK is one of many TV shows and films that have halted production due to the pandemic. As of March 31, there are over 163,000 cases of coronavirus in the U.S. and over 2,000 deaths, per the CDC. California, New York, Connecticut, and various other states have implemented stay-at-home orders in an effort to flatten the curve, a theory that urges social distancing to slow down the spread of the virus.

Kardashian West has been urging her followers to stay home, too. On Instagram on March 18, she shared an old photo with sister Khloé and said that while she missed her siblings, it’s important to quarantine. “It’s hard but we have to do this for our safety and for everyone else’s,” Kardashian West wrote. “PLEASE do not ignore the severity of the warnings to stay inside to stop the spread of this virus. We will all get through this!”