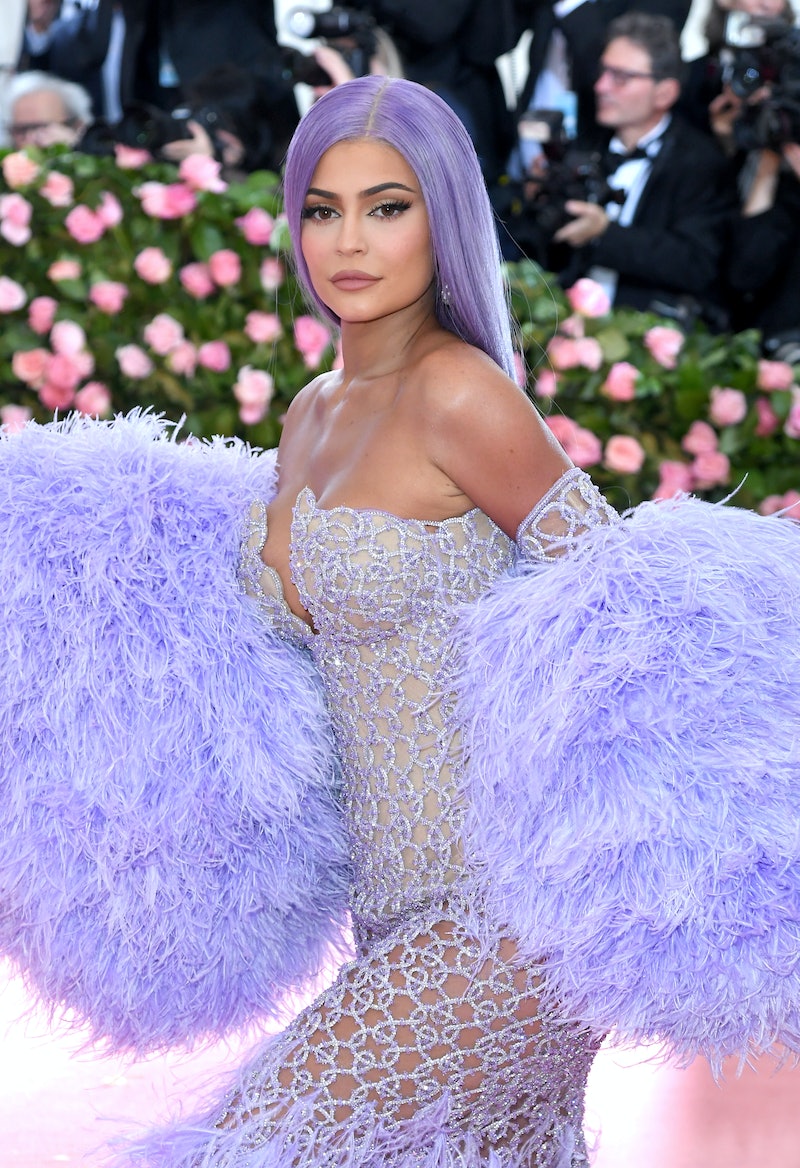 Go ahead and sing your meme-loving hearts out, because Kylie Jenner isn't sending "Rise and Shine" cease and desist letters to unsuspecting small business owners. In October, the makeup mogul created a viral sensation when she shared a video of herself singing "Rise and Shine" to her daughter Stormi on YouTube. As her mere seconds long moment of mother-daughter bonding became a meme with fans and celebrities alike, Jenner began selling merchandise featuring the phrase in her official shop, and filed to trademark the phrase for future business ventures. But on Sunday, she told fans via Twitter that rumors she's been sending out cease and desist letters to businesses using the phrase are unfounded.

In early November, MTV Australia shared a report from a newspaper called The Gold Coast Bulletin that reported that the small business owner of a company called Cased Clothing claimed she had received a cease and desist letter from Jenner's legal team over shirts featuring the phrase "Rise and Shine" that she had been selling for more than a year. Now, both Jenner and the small business owner have spoken out about the rumors which they say are false.

"Guys, please don’t believe everything you read. I have not sent any Rise and Shine cease and desist letters," Jenner tweeted on Sunday, Nov. 10. She went on to note how much she's enjoyed watching everyone's recreations of the moment on social media. In a second tweet, she added, "there are no law suits, no cease and desist letters."

Cased Clothing also responded to the drama on Instagram and Twitter. Per their Instagram post, they're unsure how they became involved in the reports, and stated that they want no part of it. "You may have seen CASED on the news regarding the rise and shine slogan," the message reads in part. "We are in no way cooperating with this drama and will be closing the website down until this all blows over."

Jenner might have filed a trademark for "Rise & Shine," but clearly, she's willing to spread the wealth of this — very common — phrase.

More like this
Kylie Jenner Goes Into Labor & Welcomes Her Baby On 'The Kardashians'
By Jake Viswanath
Confusion Reigns After Kanye Changes His Instagram Profile Pic To Kris Jenner
By Jake Viswanath
The Try Guys Cheating Scandal, Explained
By Grace Wehniainen
Dixie D’Amelio & Noah Beck “Love Each Other” Despite Breakup Rumors
By Julia Emmanuele, Jordyn Tilchen and Grace Wehniainen
Get Even More From Bustle — Sign Up For The Newsletter