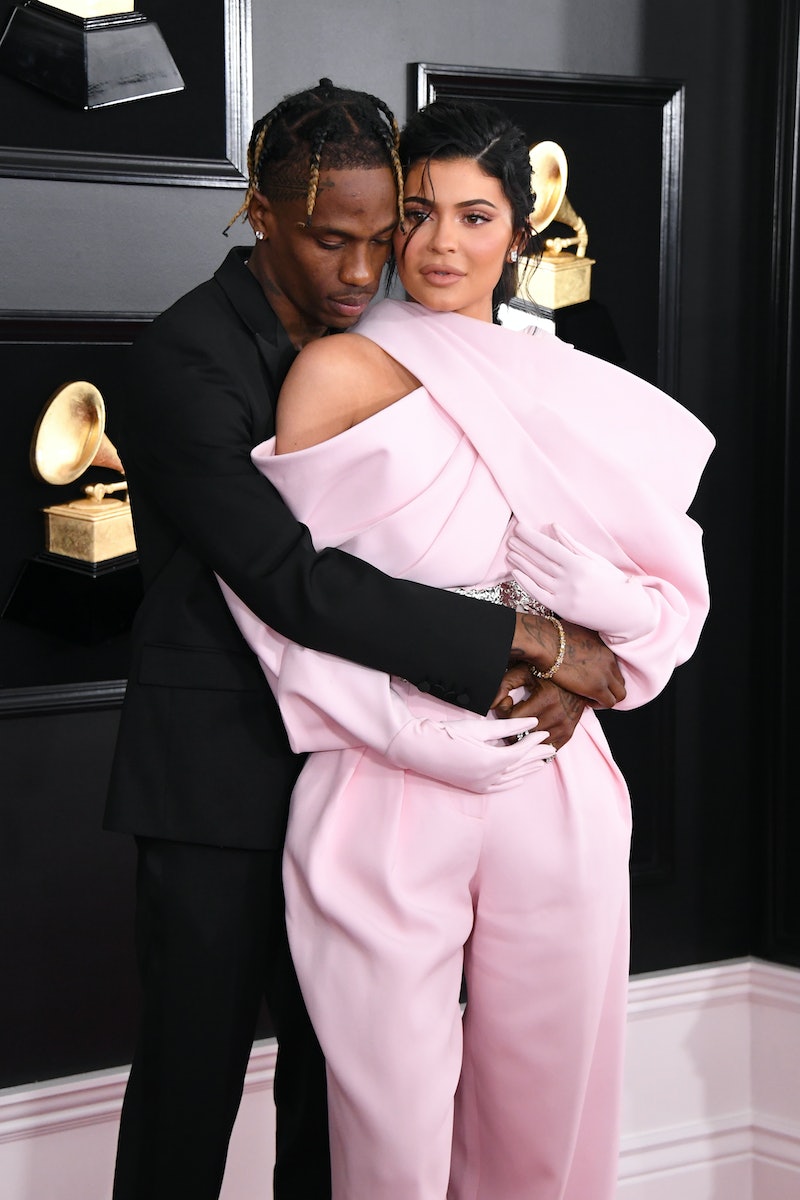 Right on the heels of their family trip to Mexico, Kylie Jenner and Travis Scott shared some vacation photos that will make you say “baenger: high voltage.” (That is supposed to rhyme with "danger," just in case that was not totally clear. And don't worry, the jokes will only get cornier from here on out.) The couple and their daughter, Stormi, recently went to Punta Mita together, and it sounds like the family of three had a lovely time. Oh, and judging by the piping hot pictures that Kylie tossed up on Instagram on Thursday, April 4, it looks like she and Scott really, really enjoyed each other's company during their vaycay.

The Jenner-Webster family took this vacation during Scott’s break from his Astroworld Tour. As many outlets have noted, this vacation also happened to take place shortly after some rumors regarding Scott reportedly cheating on Jenner surfaced. The reported cheating rumors are unconfirmed and have been denied by Scott’s rep. In a statement provided to Entertainment Tonight on Feb. 28, his rep said, “Travis Scott vehemently denies he cheated on Kylie. It is not true. He did not cheat. He cancelled one show tonight because he is under the weather." Back in March, sources claimed to TMZ that the couple was apparently planning this trip to Punta Mita to "[heal] their damaged relationship," but again, this is not confirmed, so take it with a grain of salt. Hey, while you've got the salt shaker out: Dump out some more salt, stick it to the rim of a glass, pour yourself a hearty serving of the summery beverage of your choice, and enjoy.

There is one comment on this particular IG photo that really drives the "Kylie and Travis are doing just fine, thank you" point home. The good folks over at Comments By Celebs pointed out that Scott left "Wifey" plus a bunch of emoji under Jenner's post. Jenner and Scott are not engaged or married (as far as we know), but they sure do love to call each other "hubby" and "wifey." So, this little comment is par for the course.

Jenner and Scott sure do appear to be getting along swimmingly. They are pool, er, cool for the summer (and the spring, winter, and fall). They've waved goodbye to the relationship drama gossip. You get the picture.

The ruler of the Kylie Cosmetics Empire also shared some photos she took while posing on a staircase during her family vacation:

She also posted this ridiculously precious picture of Stormi carrying a handbag by a swimming pool. Let the record show: Waterproof bags and beach bags are out, poolside handbags are in.

And here is a video of Stormi refusing to put down her handbag while she hangs out by a swimming pool. The glamour!

The Jenner-Webster family vacation is over, but on the bright side, that probably means Stormi can get back to driving around in her custom Lamborghini.