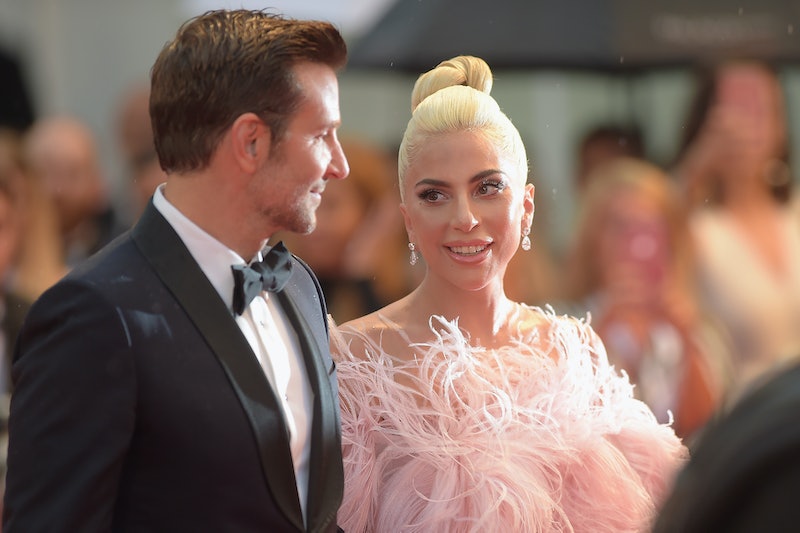 As is the case most years, there were a few glaring omissions when the 2019 Academy Award nominees were announced on Tuesday, Jan. 22. For example, while A Star Is Born received eight total nominations, the film's director, Bradley Cooper, did not. In a new interview with the Los Angeles Times, Lady Gaga's comments on Cooper's Oscar snub focus on the positive and prove that he's long-been a winner as far as she's concerned.

So, it's not like Cooper got snubbed entirely. A Star Is Born scored nominations for Best Actor, Best Screenplay, and Best Picture, which is certainly nothing to scoff at. It's a pretty big deal, actually, but there was a considerable amount of speculation from multiple outlets that he'd get nominated for Best Director, too.

Alas, that speculation did not come to fruition, and his costar in the film, Lady Gaga, recently shared her thoughts on his directorial debut snub while speaking to the Times. In an interview published on Jan. 22 — the same day the nominations were announced — Gaga told the publication, "Well, you know, you never know what’s going to happen."

"But at the end of the day, he knows that he’s the best director in my eyes, and in all of our eyes as his cast. I know that he’s so happy that we’ve all been nominated and that the film was recognized and we all feel really, really beyond elated for the recognition."

Gaga is clearly one of Cooper's biggest fans, and she's never been shy about admitting that to the world. After taking home the Golden Globe for Best Original Song this year for "Shallow" — which she co-wrote with Mark Ronson, Anthony Rossomando, and Andrew Wyatt — Gaga made sure to shout out Cooper during her acceptance speech.

"I just have to say, as a woman in music, it is really hard to be taken seriously as a musician and a songwriter," she told the crowd (as reported by Alternative Press). "These three incredible men [Ronson, Rossomando, and Wyatt, who appeared on-stage with her to accept the award], they lifted me up and supported me. Bradley, I love you."

Gaga then put the spotlight on Cooper yet again while speaking to reporters back stage. "He was incredible as a director and he made me a better actress," she said, according to Fox News. "What we’re really excited to be on this stage for is for how much he believed in this song."

There's a pretty good chance that Gaga will get to sing Cooper's praises yet again at the 2019 Academy Awards. Along with A Star Is Born's Best Picture nomination, Gaga herself is up for Best Actress, and "Shallow" got another nod for Best Original Song.

Regardless of whether or not Cooper, Gaga, and the rest of the cast and crew of A Star Is Born end up taking home any Oscars this year, the film has undoubtedly made an impact that won't soon be forgotten.