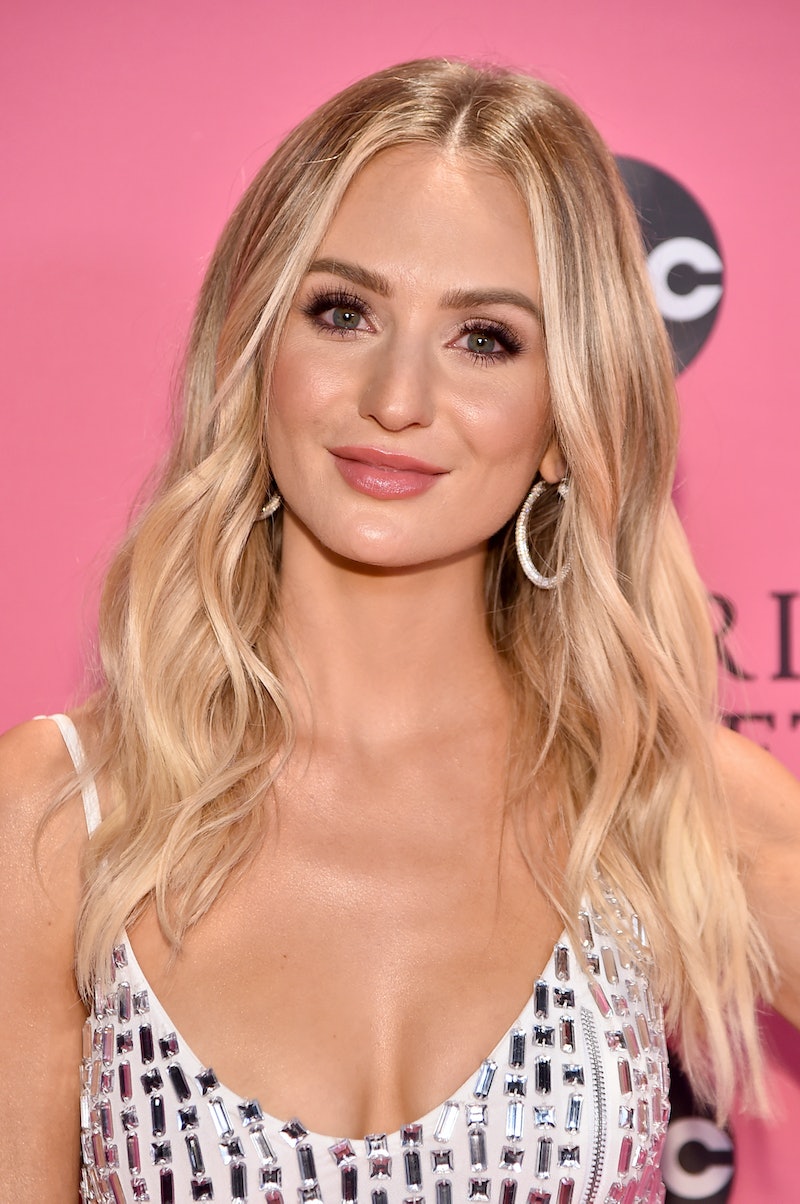 It's wild to think that it's already been more than three years since fans watched Ben Higgins and Lauren Bushnell fall in love and get engaged on The Bachelor, and so much has happened since then. Now, they're both dating different people, and they both seem happier than ever. And if you ask Lauren, it all worked out for the best. While replying to fans on Instagram on Wednesday, Lauren admitted Ben never had her whole heart, because now that she's with country singer Chris Lane, she knows what that kind of all-encompassing love really feels like.

This discussion started when Lauren posted a new photo of her and Lane in an embrace, barefoot in the sand. "My whole heart," she captioned the picture.

Immediately, her followers began taking her to task for her caption. Although their comments have since been deleted, Us Weekly reported that one of them said, "Haven’t your last 3 boyfriends been your whole heart?”

According to the site, Lauren replied, saying, "honestly, no," later adding in another comment, "I mean that’s the truth. Lol looking back now that I know what it’s supposed to feel like — they did not I just wanted them to.”

It makes sense — each relationship is different, and feelings change when you're with a different person. For Lauren, it sounds like Lane has been a different kind of love for her, and she's allowed to express that however she chooses. Ben obviously wasn't "it" for her, but it seems to have worked out for the best, considering how happy she is... and considering how happy Ben is with Jessica Clarke, his new girlfriend.

And it seems like Lauren's happy for Ben, too. In an interview with Us Weekly earlier this week, she said that Clarke seemed like a "great girl" from what she knows about her, and that she is "definitely happy that he found a person that it seems like he is serious about."

"[I’m] so happy for him. Like, honestly, I would never wish anything but happiness for him, so I hope he’s happy, I hope he’s doing well," Lauren told the magazine, adding, "Obviously we don’t communicate all the time — I feel like that would be kind of weird — but I’m very happy for him."

So even if Lauren knows now that she was never fully feeling it with Ben, it seems like they both got what they were looking for in the end, even if it was with other people. And seeing Lauren with Lane now makes it obvious that she's in a relationship that really seems right for her, judging by how in love they seem when the two of them are together.

Lauren and Lane seem very happy together, and their Instagram photos together are so sweet. It will be fun for fans to follow along with whatever comes next for them, but after meeting Lauren on The Bachelor three years ago, it's great to see her so happy.