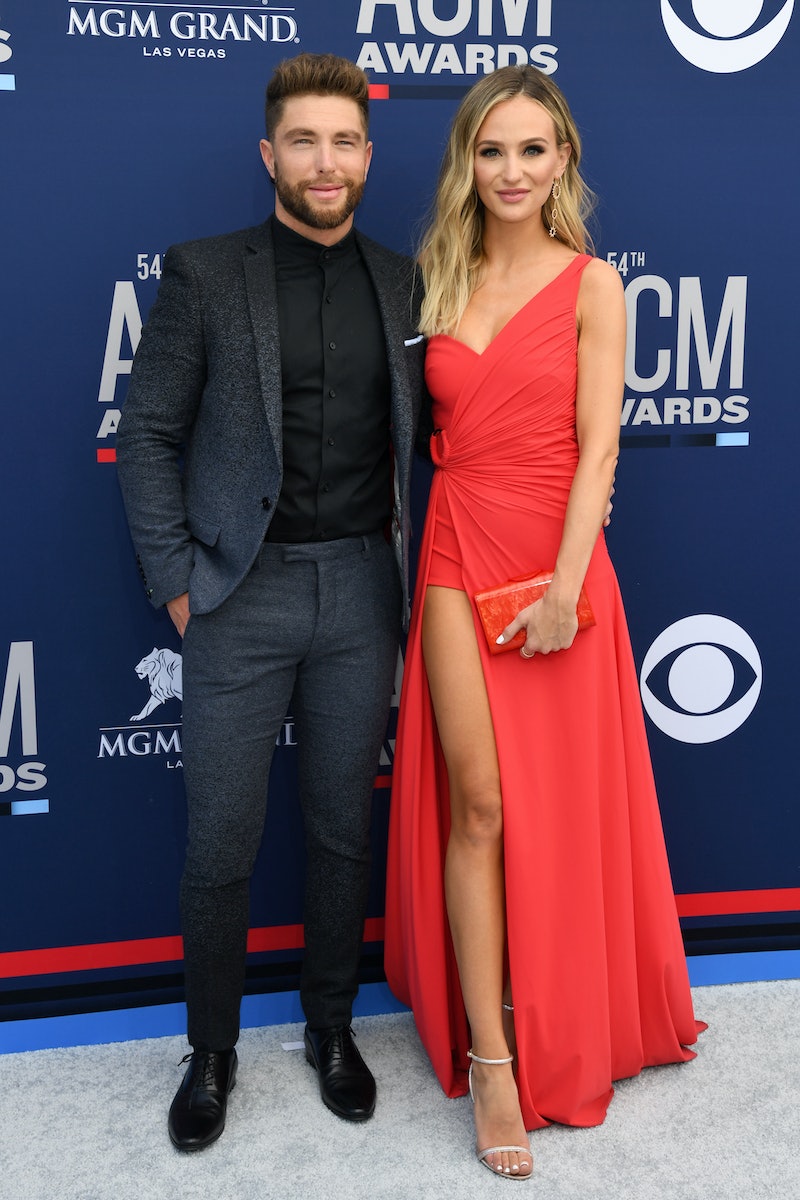 Are wedding bells in the future for Bachelor alum Lauren Bushnell and Chris Lane? Apparently they will be in the near future, according to the country singer himself. In fact, Lane predicted he and Lauren B. will be engaged by the end of 2019 during an April 7 interview with Entertainment Tonight.

During the interview, the "Take Back Home Girl" singer revealed that he's "working on" planning a marriage proposal. He said that it would go down sometime this year, but not until a few months from now. He elaborated, saying that he "100 percent" plans to keep it traditional by getting down on one knee to pop the question to the reality TV alum. He declared, "I’m a country boy, that’s how you’re supposed to do it."

At one point, he added, "Don't tell her that, though." There's no way she doesn't know, though. Lane has been very vocal about their relationship and plans for the future in interviews and on social media. He also remarked that he "think[s] she knows." Again, she definitely knows. There's just no chance that she doesn't, but at least they are on the same page when it comes to their future. That's important.

The couple went public with their relationship in November 2018, and they've been pretty serious ever since. In fact, the Bachelor alum left Los Angeles to move in with the singer in Nashville. On March 6, she shared a sweet selfie during a break from unpacking moving boxes.

In a March 20 interview with People Lane discussed their new living situation. He gushed,

“Lauren moving to Nashville has been the best thing for our relationship. It’s been such an easy transition and she makes each day even better. There is nothing like waking up next to the person I love, going about my day — working out and working on music — and then coming back home to her! I’m a lucky guy.”

And for anyone who thinks things are moving "too fast," the country star justified the pace of their relationship in Feb. 22 interview with Entertainment Tonight. He admitted, "It's all kind of happened, I guess, pretty rapidly, but in a good way. We're both a little bit older, so I think sometimes when you're older you know what you want and it's easier to move along a lot faster."

That same day, Lane clarified the caption with an Instagram Story. He wrote on his video, "Service announcement I'm not engaged." In the video itself, he explained, "Y’all, just so you’re aware, I’m not engaged. I know some people may actually think that from my posts … but if you’ll read it, it said 'future.'" It actually said "potential future," which is admittedly confusing, but technically a clearer indication of their current status.

Lauren and Lane are not engaged yet, but they have been going strong and getting serious. If Lane has been this vocal about the possibility of an engagement, just imagine when it actually happens. He will definitely be the first one to keep fans in the loop.