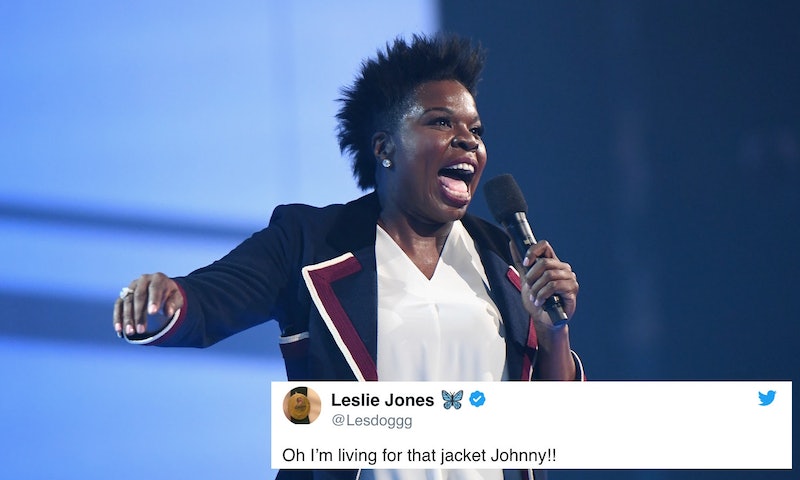 Saturday Night Live standout star Leslie Jones is a massive fan of The Olympics. The comedian was glued to the TV during the 2016 Summer Olympics, sharing her opinions on Twitter. She was eventually hired as an official commentator. HelloGiggles points out that Leslie Jones is providing fashion commentary on the 2018 Winter Olympics in PyeongChang, South Korea. Her live-tweeting is as entertaining as the games themselves.

Jones is so into The Olympics that she makes her followers even more interested in the competition — and in what the athletes are wearing.

The 2018 Winter Olympics Opening Ceremony took place on Friday, Feb. 9. There were lots of Twitter responses to Team USA's fringed leather gloves and Team Bermuda's shorts at the time.

But it is Jones who is currently ruling the Twitterverse with her animated and unfiltered reactions. Her tweets are raw and in real time, which makes them NSFW in some cases. They are also brilliant, hilarious, and will lead to copious belly laughs that'll leave you clutching your stomach upon reading.

The rapid-fire nature of Jones' tweets fully enhance the entertainment factor. You can feel her love for the heat of battle. Her Twitter feed will make you feel like you are rooting alongside her.

Trust indeed. That was an epic move in which trust is essential. We thought it... but Jones said it. This is pretty much the case with all of her tweets.

Whether she is blown away by amazing athletic feats pulled off by figure skaters or questioning who approved an ensemble, Jones speaks her mind. Her fashion commentary is incredible since she is not afraid to express her opinion and generate laughs. She is honest about the outfits she isn't feeling. But she always explains her reasons for those opinions.

Below are some of her most hilarious tweets about the 2018 Olympics from a fashion perspective.

Suspenders don't just hold up pants. They have a classic 'n' retro look. As long as they fit, suspenders are a figure skating fashion "do" for Jones.

Jones has questions. She didn't love this outfit. It was too Peter Pan for her. The audio commentary on her tweet is NSFW, BTW.

Jones' assessment was that this outfit looked uncomfortable, due to the turtleneck. She was concerned that it would interfere with the moves of the long program. Her analysis is not arbitrary by any means. Oh, and yes, everyone is reading your tweets, Leslie!

She was not feeling the matchy matchy nature of these particular skating unis. In fact, they rendered her speechless.

Jones astutely identified a trend among the free skating pairs. Nothing escapes her watchful Olympic eye.

Blingy headsets met with Jones' approval. Because of course they did.

She wants one of those ensembles for herself. She would totally slay a ski suit.

Jones was also all about commentator, designer, and figure skater Johnny Weir's red, glittery jacket. It's hard to argue with the absolute fabulousness of scarlet sparkle. She is living for it, daughter!

The "immaculate" detailing that defined this ensemble caused Jones to shout out her fashion bestie Christian Siriano. The former Project Runway winner responded to Jones' public declaration that designers would not dress her for a premiere. Theirs has become quite a relationship.

This is the best tweet of the bunch. Jones co-signed this skater's attire and cocky attitude. But she loved the fact that he pulled a Beyonce. Listen for the dramatic pause.

Whether or not you are a diehard Olympics fan is of little consequence. Tune into Jones' Twitter feed for 2018 Winter Olympics coverage. It has all the information and laughs you'll need throughout the games.