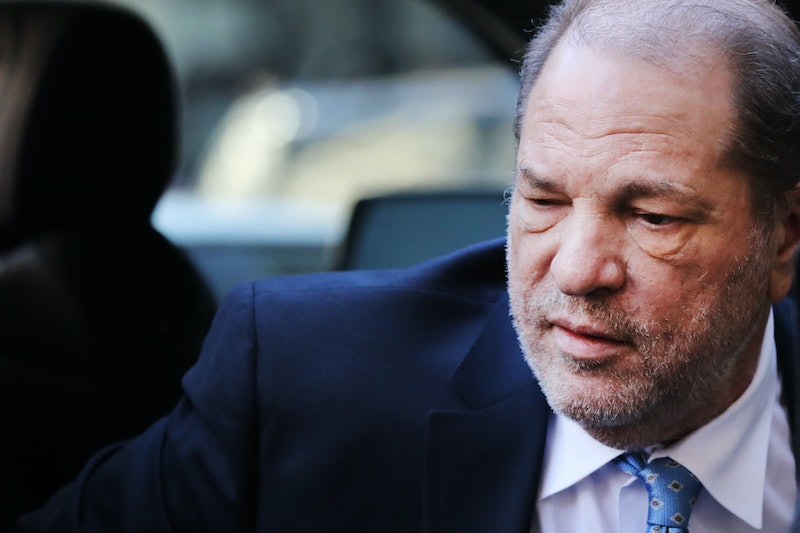 Harvey Weinstein's rape conviction sent a shockwave throughout America. In a country where less than 1% of rapists are convicted, and women have been historically disbelieved, the jury's decision to convict Weinstein could set a new legal precedent.

After a six-week trial, on Feb. 24 a New York City jury found Weinstein guilty of two counts of rape and sexual assault. The decision comes in response to the accusations of Jessica Mann and Mimi Haleyi, both of whom recounted being sexually assaulted by Weinstein. The defense tore apart their statements, emphasizing their personal relationships with the Hollywood producer. Mann broke down during questioning as she outlined her story. In addition to their testimonies, actor Annabella Sciorra alleged that Weinstein raped her in the early '90s, an accusation too old to be prosecuted under New York law. On March 11, the court will announce its sentencing, which could result in five to 29 years behind bars.

By convicting Weinstein, the jury did more than pass a sentence — they were validated the popularization of #MeToo, the survivors who have come forward since the movement began, and those who are not yet ready to add their voices to the masses.

Since The New York Times' 2017 exposé, over 100 women have accused Weinstein of sexual assault and misconduct, reinvigorating a campaign first started by Tarana Burke in 2006, which called for sexual assault survivors to share their stories. The subsequent #MeToo movement was also a call to hold perpetrators of sexual misconduct accountable.

But Weinstein's verdict deviates from the norm. Erinn Robinson, MPAP, the press secretary of the Rape, Abuse, & Incest National Network (RAINN), says very few rape accusations make it to trial. "Out of every 1,000 sexual assaults, only 230 are reported to police," she tells Bustle. "Of those, only about five cases will lead to a felony conviction. The vast majority of convictions come as a result of a plea bargain; only a small percentage of cases actually go to trial."

There are many reasons why a survivor might not report sexual assault or misconduct. According to clinical psychologist Dr. Josh Klapow, the process of going to the police or a lawyer and recounting what happened only adds to the physical and psychological trauma survivors have already endured. "There is often a desire to push the event away quickly out of fear, shame, guilt, and often self-blame," Dr. Klapow tells Bustle.

But as the national conversation around sexual violence systemically shifts, more survivors are feeling empowered to share their stories — with their inner circle, their Instagram followers, and in some cases, the police. "The country, as a whole, is taking the issue of sexual violence much more seriously than it did even five years ago," Robinson says. "We have seen surges in visitors to the National Sexual Assault Hotline after verdicts in other high-profile cases, like the Bill Cosby case, and we know people have been following this case very closely."

While Weinstein's high-profile case and verdict was a statistical exception, the jury's ruling legally acknowledges the validity of the women's accounts. It's a powerful symbol: America is listening. And survivors are to be believed.