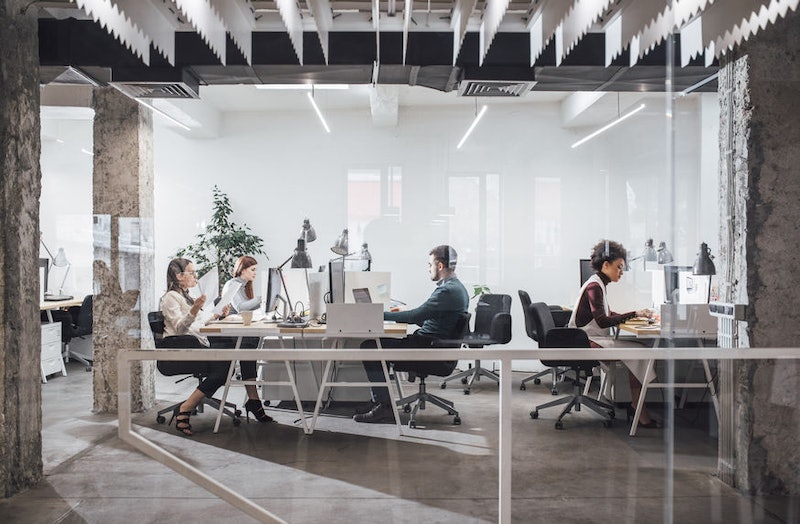 2019 is a very strange time. A time in which it appears we have made so many enormous strides forward, but also taken so many back. A time in which the people are freely being given platforms to express of their hatred and to put people down under the guise of being anti-PC, and not calling it what it is: plain old harassment. All of which makes this a very scary time for members of the LGBT community. So news that two thirds of LGBT people in the UK have experienced workplace harassment is, sadly, far from shocking.

The poll done by the Trades Union Congress (TUC) focussed on members of the LGBT community. 1,151 to be precise. And, of this number, 68 percent said they have experienced sexual harassment in the work place. That's around 782 human beings who have experienced horrific days at work simply owing to their sexuality and gender identity, nothing else. This compares to a figure of 37 percent of heterosexual people when a similar study was done back in 2017.

Even more shocking is the fact that 42 percent of those polled said that they had experienced colleagues making unwanted comments about their sex life. Which is an absolutely awful figure but I can assure you, as a member of the LGBT community, I thought this would have been higher.

Sadly, as with most sexual-harassment-based surveys, female-identifying members of the LGBT community fared worse. 35 percent have experienced unwanted touching. The survey mentions different types of touching but the one that stands out is the unwanted lower back and waist touching. Which sends a shiver down the spine of most women/womxn.

Devastatingly, one in eight of the womxn surveyed had been seriously sexually assaulted or raped by a colleague.

Frances O'Grady, who is the general secretary of the TUC, had a lot to say on the matter and flagged that this is an issue in need of serious attention:

"In 2019 LGBT people should be safe and supported at work. But instead they're experiencing shockingly high levels of sexual harassment and assault. Workplace culture needs to change."

The figures are so shocking that the Government Equalities Office spoke about the problems faced by LGBT people, the Guardian reports. Their spokesperson said: "It is appalling LGBT people are suffering this harassment. Workplaces should be safe, supportive environments for everybody."

So what is going to change? How are they going to ensure this kind of thing doesn't happen? According to the spokesperson, the government is going to make sure employers are looking after their employees.

"The government will consult shortly on how we can strengthen and clarify existing laws on third-party harassment, as well as making sure employers fully understand their legal responsibility to protect their staff."

Speaking to the BBC about these findings, one woman discussed the harassment she had faced — and one particular thing stood out to me. A male colleague asking to see a photo of her girlfriend. This may seem like a very small thing but, if you are a woman in a heterosexual relationship, how often do male colleagues ask to see photos of your partner? Or comment on your partner's physical appearance, height, clothes, style? Feedback from the vast majority of my own straight friends is that it's incredibly rare and, if it did happen, it would be really weird. However, this is a fairly standard occurrence for LGBT women.

Hopefully this survey will lead to substantive changes being made in the workplace. Or at the very least it will dismantle the myth held by many heterosexual people that gay people are treated equally. And as a result, people might become more conscious of the issues faced by members of LGBT people today.