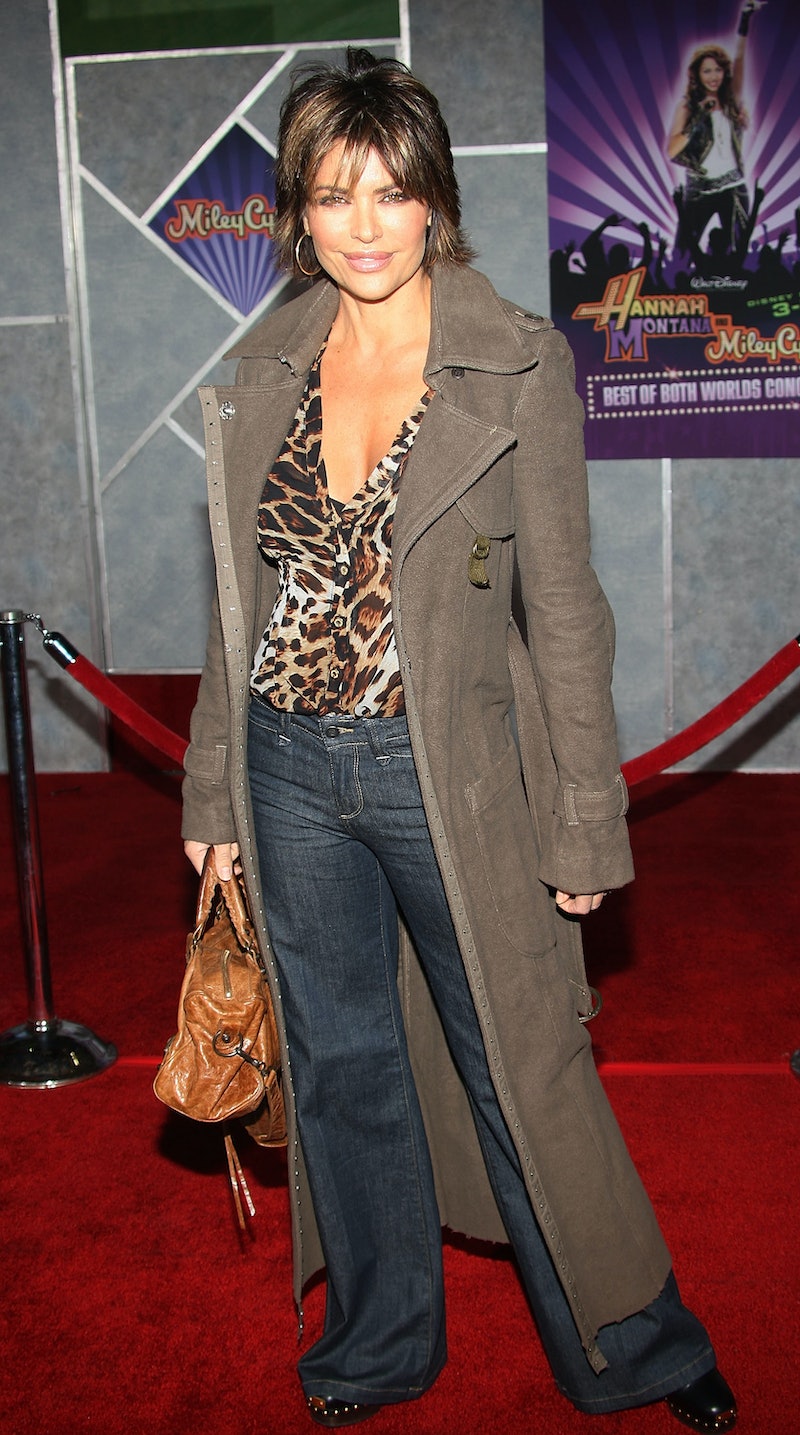 Thanks to the original Billie Reed, Throwback Thursday has come a day early. On Wednesday, June 26, soap legend and Real Housewives of Beverly Hills star Lisa Rinna posted a throwback Hannah Montana photo that will leave you saying, "Taylor McBride almost went on a date with Robby Stewart but it never came to be and then she went on to be a Bravolebrity, say whaaaat?" Rinna and Miley Cyrus took a picture together when the former appeared on Hannah Montana about a decade ago, and that picture is now on Rinna's Instagram. You can see Rinna’s cameo in Season 3 episode “Killing Me Softly with His Height.”

“I have always been a @mileycyrus Fan," Rinna's caption reads. "#hannahmontana forever. #wcw.” (Was that “#wcw” a “#tbt” until some of Rinna’s followers let her know that it is actually Wednesday, not Thursday? Maybe. Did she say that she thought it was Thursday? Maybe. Does all of this make this perfect throwback post even more perfect? You know it.) Rinna's a Miley Cyrus fan, Cyrus is a fan of Rinna and RHOBH, and I am a fan of their mutual fandom.

Wednesday is not just the day that Rinna decided to bless us with this photograph. Wednesday also happens to be the 12th anniversary of the release of Hannah Montana 2: Meet Miley Cyrus, the album that was both the second Hannah Montana soundtrack and Cyrus’s debut solo record. What a Wednesday.

Rinna might've gotten the day wrong with her original caption, but hey, it happens. As a wise teen pop star who sometimes wore a wig once sang, "Everybody makes mistakes, everybody has those days, everybody knows what I'm talkin' 'bout, Everybody gets that way."

Cyrus and Rinna really have been delivering some A+ celebrity social media interactions lately. After Rinna shared a clip of "Drunk Rinna" from a recent episode of RHOBH, Cyrus had an important announcement to share with the class. As Comments by Celebs pointed out, she commented, “She’s my best friend she just doesn’t know it yet.” Rinna jumped in the comments section and set the “Party In the U.S.A.” singer straight: “She Knows.”

And then, as People pointed out, Rinna’s daughter Delilah Belle Hamlin chimed in with an amazing and humble request in the Comments by Celebs post's comments. “@mileycyrus I’m better than drunk Rinna be my best friend,” she wrote.

About a week after Rinna, Hamlin, and Cyrus officially became best friends in the comment sections of Instagram posts (that's how it works, right?), Cyrus tweeted a fan’s compilation of dancing Rinna clips that just so happens to be set to Ashley O's "On A Roll." Hey, Instagram user @gaylayover? Way to go with that video. Really tremendous work. You're on a roll, ridin' so high, and achieving the lols.

In summary, that Hannah Montana throwback photo is terrific, Rinna and Cyrus are icons, I still have "On A Roll" on repeat, Cyrus needs to be on RHOBH as soon as possible, and today is Wednesday.