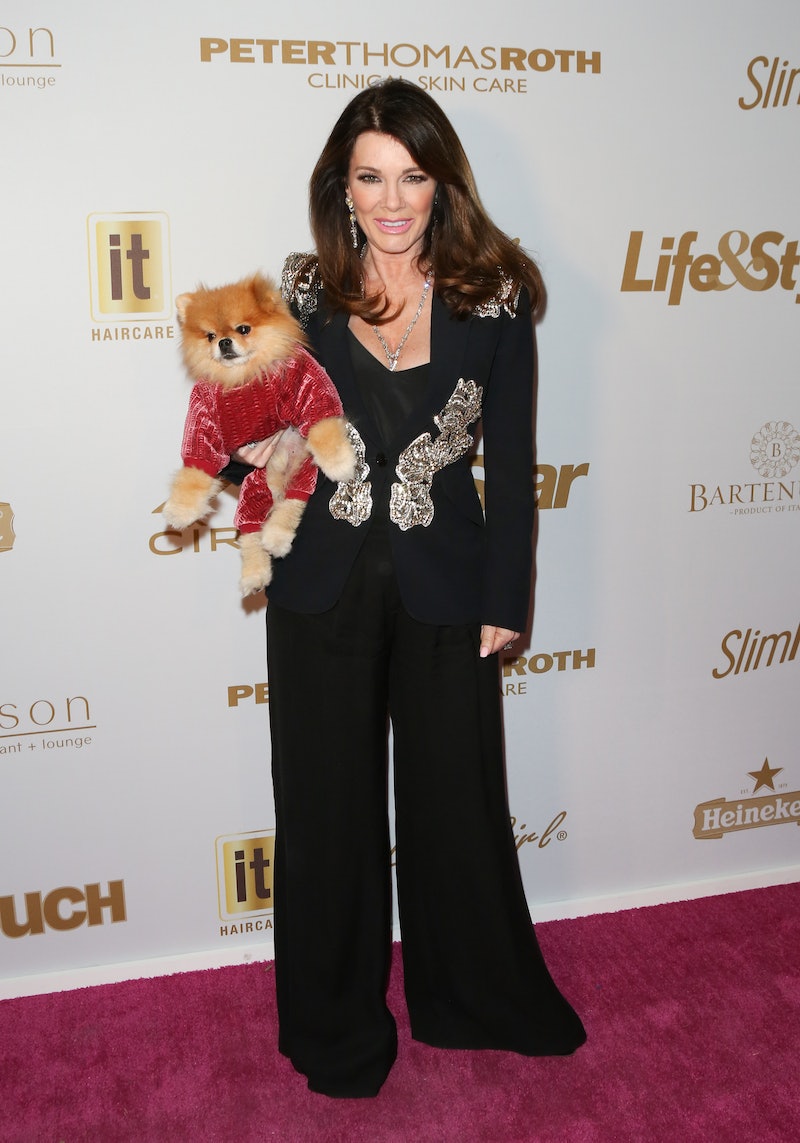 And over on Vanderpump Cocktail Garden's official IG account, there is a video of LVP, designer Nick Alain, and Harrison the Pomeranian looking on as the sign is turned on for the first time. “In just a few weeks on March 30th we will be having our Grand Opening Celebration and on April 1st, we will be officially open!” reads the caption. “Save the date and we’ll see you in #VegasBaby! #VanderpumpCocktailGarden." Let the countdown begin.

In November 2018, Vanderpump revealed to DailyMailTV that she was taking her talents to Las Vegas. She told the outlet that Vanderpump Cocktail Garden will be a lounge set in "an al fresco-style garden with towering trees and romantic lighting" and is slated to open in Caesars Palace in early 2019. Everything seems to be right on schedule: We’re still in early 2019, and Vanderpump Cocktail Garden is about to open its doors.

The Real Housewives of Beverly Hills star's restaurant empire has descended upon Sin City, but her reality TV empire has not followed suit... yet. When Entertainment Tonight asked LVP if a Vegas-based spinoff was in the works last month, she said no plans have been cast in stone. Vanderpump explained,

“That would be, like, a hot mess traveling. Well, maybe. I mean, I’m sure some of [the Vanderpump Rules cast] would want to work out there … so, if we get picked up for another series, I’m sure some of it will filter over there, I’m not sure.”

It sounds like LVP has already laid the groundwork for any and all reality TV shows that may or may not happen at her Vegas bar at some point down the line. According to Bravo's The Feast, Vanderpump Cocktail Garden was looking to hire a lounge manager who is "willing and able to appear on television."

Whether the Bravo cameras end up at Vanderpump Cocktail Garden or not, we do know that LVP’s Vegas watering hole will be open for business on April 1. So plan accordingly. Oh, and maybe cross your fingers that this opening date announcement is not an extremely elaborate April Fool's joke. Could you imagine getting to Caesars Palace at, like, the crack of dawn on a Monday and waiting outside the restaurant for what you think is Vanderpump Cocktail Garden’s first day, only to find out that it’s not actually the first day and you’ve been April fooled by LVP? I shudd-SUR at the thought.