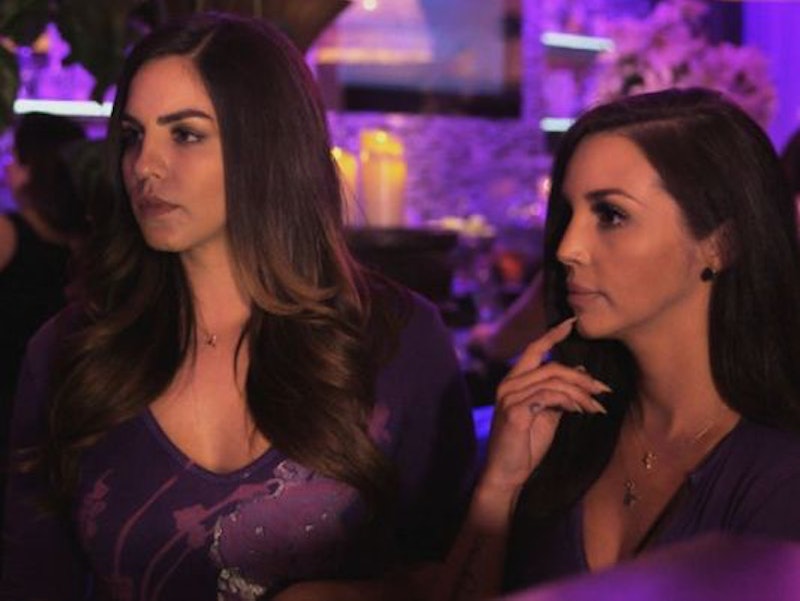 It's no secret that Real Housewives of Beverly Hills and Vanderpump Rules star Lisa Vanderpump is worth a lot of money. However can the same be said for her restaurant SUR? I'm sure fans have probably thought about it, so let me try to answer the very important question of how much SUR makes a year.

One would think that SUR is raking in the dough, especially with the restaurant and lounge being featured on a Bravo reality series and probably gaining more customers thanks to its now famous employees. OpenTable named SUR and Pump two of its "100 Hottest Restaurants in America for 2016". I mean, who doesn't want to see Tom Sandoval's bacon "A" tattoo in person, Jax Taylor being the "number one guy", and whether or not Stassi Schroeder and/or Kristen Doute will show up with all of their drama? I know I do.

It's hard to say for certain exactly how much the establishment makes per year, but according to Manta, a web directory of small businesses, the SUR restaurant earns an estimated annual revenue of $1 to 2.5 million, while employing around 20 to 49 staff members. Manta also reports that the SUR lounge employs around one to four individuals (let's face it, Ariana Madix could run it all on her own) and earns an estimated less than $500,000 every year.

If you take a look at Lisa's net worth — an estimated $65 million — and then compare it to the above numbers for SUR, it doesn't seem to make much sense. However, that doesn't mean the numbers are wrong. You must keep in mind that the 55-year-old reality star runs 26 restaurants with her husband Ken Todd, including Villa Blanca and Pump, which are also based in LA and often mentioned on Vanderpump Rules.

Then, let's also factor in her LVP sangria line, the fact that she makes money as a reality star (an estimated $500,000 per season, according to Celebrity Net Worth), has a pet product line called Vanderpump Pets, a Lisa Vanderpump Evine jewelry line, and has endorses products, among many, many other business ventures.

Based on Lisa's supposed $65 million net worth and the many ways she earns an income, it seems likely that SUR could very well earn $1 to 2.5 million annually.

And, if you compare SUR's estimated annual income to what Villa Blanca makes, since they are similar restaurants, it appears they are on the same level. Per Manta, Villa Blanca earns an estimated $1 to 2.5 million yearly. As for Pump, a report regarding it's annual revenue is MIA.

Let's take this a step further. SUR's estimated annual revenue compared to other restaurants and lounges in LA via Manta makes it appears even more likely that SUR earns up to $2.5 million a year. For example, Manta lists West Restaurant & Lounge and LA Vida Restaurant & Lounge at earning an estimated annual revenue of $500,000 to $1 million. As for The Whisper Restaurant and Lounge, Manta has it listed as raking in between $2.5 million to 5 million annually.

If Manta's reports regarding what SUR makes a year are true, then I guess you could say Lisa is kicking ass in the restaurant game. According to a 2014 Forbes report, for a "full-service restaurant to be a profitable enterprise, it needs to pull in $1 million a year." In addition, "At $2 million, you’re cooking with gas, while half a million is considered a subsistence level, when you count up all the food and labor costs involved."

Basically, Lisa is the queen of restaurants in both LA and Europe.