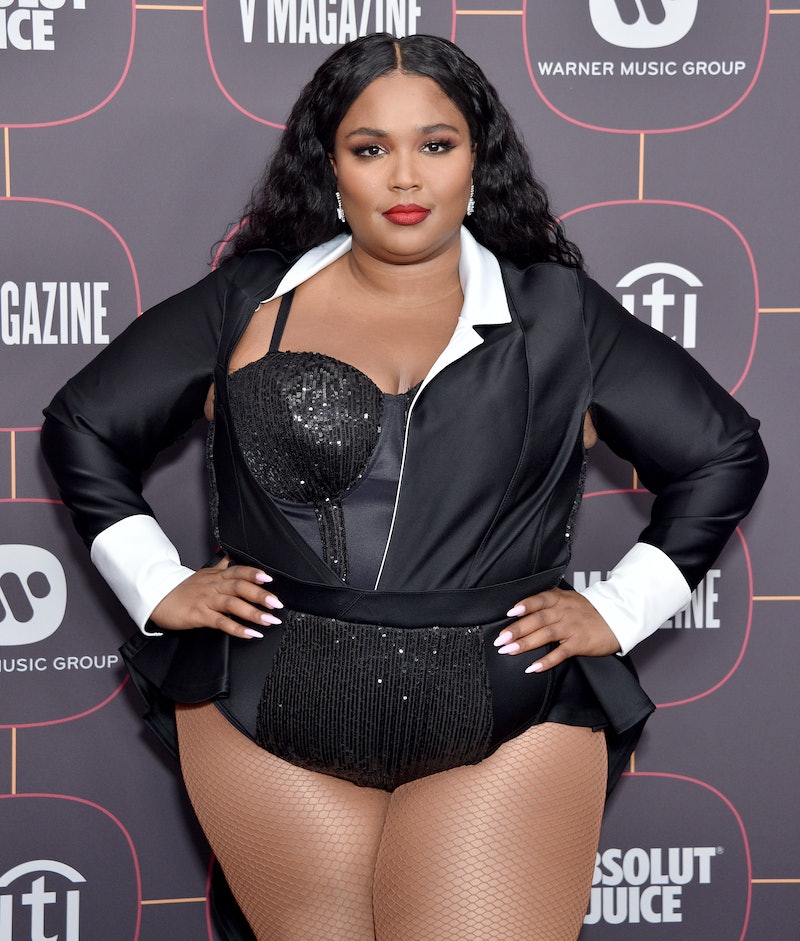 If you were wondering, yes, Lizzo is still feelin' good as hell and she still doesn't care what anyone else might think. Lizzo slammed body-shamers in a new workout video posted on TikTok on June 9. In the video she captioned, "If you're not a fat shamer... keep scrolling... ok now that all the fat shamers are here." In the video, Lizzo takes critics through her workout routine, which includes a stationary bike, jumping rope, and doing squats. And all the while her voice plays over in a powerful monologue about her body and health.

Far too often has Lizzo and her body have been criticized. In December 2019, the "Truth Hurts" musician defended a thong-baring dress he wore to a Lakers game. Then, in January, personal trainer Jillian Michaels said Lizzo's body shouldn't be "celebrated." During an appearance on the BuzzFeed News morning show AM to DM, Michaels said, "Why are we celebrating her body? Why does it matter? Why aren’t we celebrating her music? Because it isn’t going to be awesome if she gets diabetes." Michaels later took to Twitter and elaborated, stating, "I also feel strongly that we love ourselves enough to acknowledge there are serious health consequences that come with obesity — heart disease, diabetes, cancer to name only a few."

Lizzo didn't directly respond to Michaels' comments, but she's never been one to shy away from defending or loving herself. And now she's also letting everyone know that even though she might not have a so-called "ideal body type," that doesn't mean she isn't taking care of herself, nor does she care about others' opinions.

While also making it clear on TikTok that "health is not just determined on what you look like on the outside," the three-time Grammy winner noted, "Health is also what happens on the inside. And a lot of y'all need to do a f*cking cleanse for your insides. Namaste, have a great day."

More like this
Jameela Jamil Defends Sam Smith After Trolls Body-Shamed Them
By Jake Viswanath
Lizzo & Myke Wright's Relationship Hit A New Level With Their "Hard Launch"
By Stephanie Topacio Long
Lizzo Scares Herself Meeting Her Madame Tussauds Wax Figures In A TikTok Video
By Alyssa Lapid
Twitter Is In Awe Of Taylor Swift’s “Lavender Haze” Music Video
By Jake Viswanath
Get Even More From Bustle — Sign Up For The Newsletter
From hair trends to relationship advice, our daily newsletter has everything you need to sound like a person who’s on TikTok, even if you aren’t.