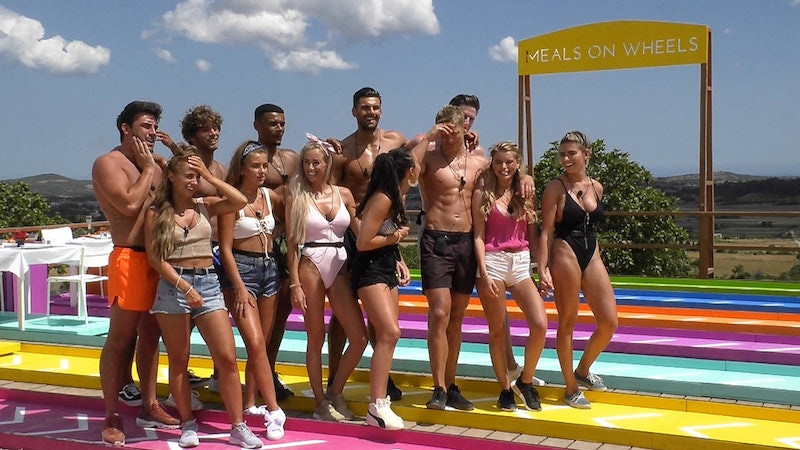 It's just over two weeks into Love Island 2018, and we've already had plenty of silly challenges, controversial recouplings, muggy behaviour, and a few favourites sent home from the villa. But while Iain Stirling's jokes are reliably hilarious, the Majorcan sunshine over the villa is always glorious, the infinity pool looks as enticing as ever, there's something not sitting quite right with me and that is Love Island's sexism.

Love Island isn't perfect by any stretch. It's aggressively straight, white and able bodied, but it puts heterosexual dating culture under the spotlight and exposes some the gendered dynamics and double standards at play in a way that feels impossible in day to day society. I think we can all agree that is pretty useful. This season is no exception, but while most of the contestant's questionable behaviour gets called out on social media, sexist nonsense still slips through the net sometimes. (And I'm not just talking about the contestants — the fans aren't faultless either!) So out of the kindness of my heart, I'm doing the viewing public a favour and rounding up some moments I think have more than just a hint of misogyny about them. Here's what's been making me roll me eyes in disbelief over the past couple of weeks.