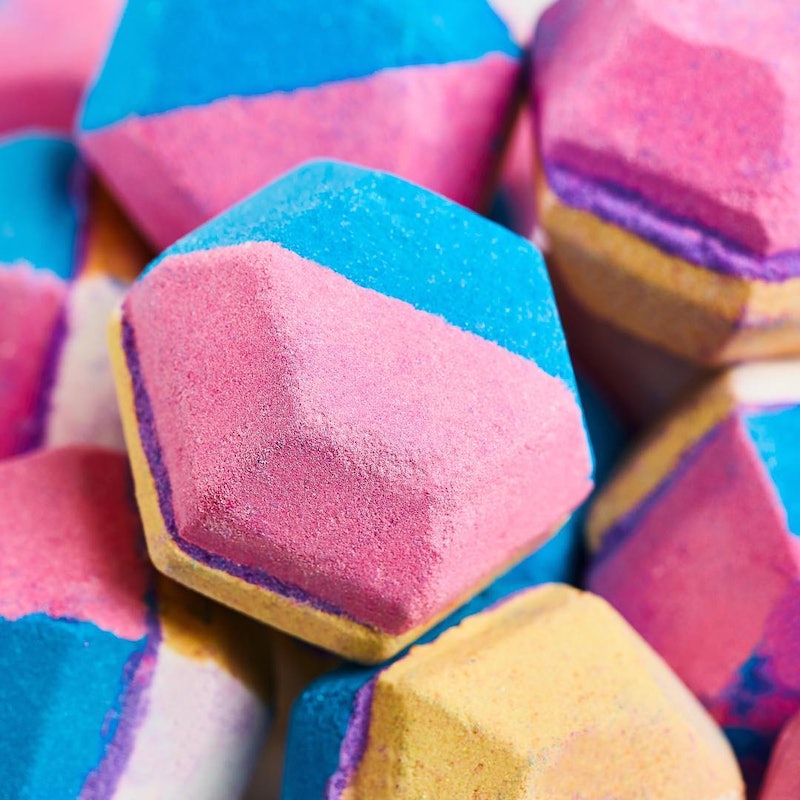 Mercury Retrograde is here, and that could be kind of scary. From phones on the fritz to communication getting jumbled this time in 2018 can be stressful if you believe in the astrological meaning behind this time of the year. Don't stress, though, because Lush's Zodaic bath bomb chart is here to help you relax during a time that may be more than a bit frightening for you.

Mercury slipped into retrograde on July 26, and it'll be this way until mid August. While there are ways to control your own fortunes during this time, it doesn't hurt to try to stay stress-free. That's where Lush comes in. On Thursday, the brand took to their Instagram account to pair their famous bath bombs with corresponding astrology signs, and while Lush doesn't seem to specifically fighting back against Mercury Retrograde, the pairings and their timing certainly don't hurt.

In the graphic posted to Instagram, the brand matches the scents of their bath bombs to the personalities of the zodiac signs, and honestly, it's kind of brilliant. If you're looking for a way to chill out during this astrological event, Lush may have just created the perfect guide for you to be the most relaxed as possible.

The pairings are honestly kind of perfect. Just check out the bath bomb for a Taurus. The Twilight bomb is known for being ultra relaxing with lavender and tonka, and according to Astrology.com, a Taurus loves things that are comforting and soothing. It's a match made in heaven (or the heavens), right?

The Twilight bath bomb is actually having kind of a moment right now (outside of its ability to soothe you during Mercury Retrograde). If you have seen Ariana Grande's "God Is A Woman" music video, you know that the singer sits in what basically looks like some Lush-approved bath art. Surrounded by blues, purples, and pinks, Grande looks gorgeous, and Lush and their fans took notice that it just so happens to look a lot like the Twilight bath bomb.

If you want to keep Mercury Retrograde stress away and feel like a pop star, Twilight's kind of your new go-to.

Helping you through Mercury Retrograde and giving you your best life with an Ariana Grande fantasy aren't the only pop-culture related news the brand has had lately, though. In case you missed it, it's Shark Week. Seemingly for the occasion (and due to fan demand), Lush brought back their super cute Shark Fin soap, but being the ethical, caring brand they are, Lush did things with a twist.

The release is extremely limited, but the good news is that all proceeds from the Shark Fin released will go directly to the Rob Stewart Foundation, a conservation group founded by Rob Stewart to help save sharks and fight against their dangerous stigma.

If Mercury Retrograde has you carefully re-reading your texts and praying your electronics don't go haywire, just look to Lush. They've got a bath bomb for every zodiac sign, and let's be honest, everyone could use a little self-care no matter the astrological time of your.