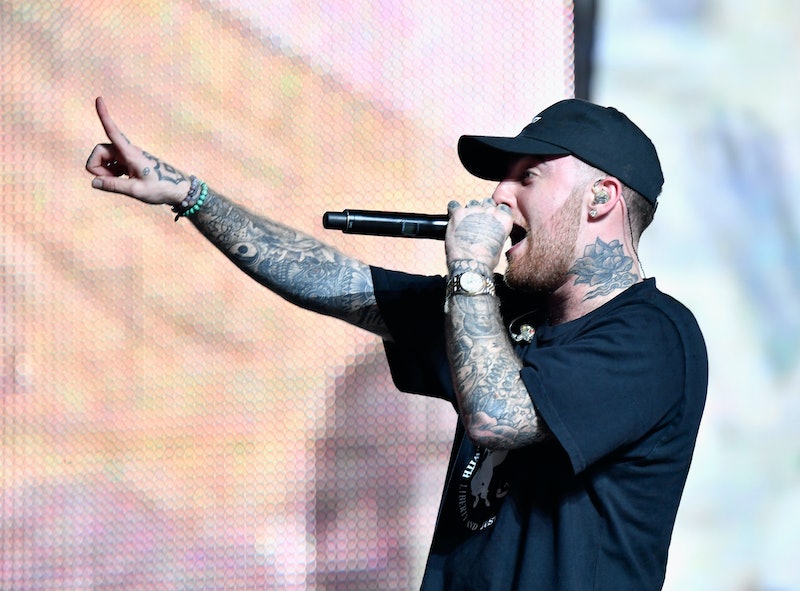 Mac Miller's loved ones have cleared up any confusion regarding the memorial functions claiming to be fundraisers that have popped up in the weeks following the rapper's tragic passing. Mac Miller’s family has commented on the unsanctioned events that purport to be benefits in his name, calling said events “fraudulent.” They also confirmed that the show at the Greek Theatre later this month is the only function that's raising money for the Mac Miller Circles Fund.

Miller’s family’s statement, which was provided to outlets such as E! News and Complex, reads,

"The family of Malcolm McCormick, known best to the world as Mac Miller, has become aware of a number of fraudulent events recently announced under the guise of fundraising for causes on his behalf. It should be known that the only event sanctioned by his family and contributing to The Mac Miller Circles Fund is the Mac Miller: A Celebration Of Life event taking place in Los Angeles on October 31. While the intent of further celebrating Malcolm's life through these various efforts is appreciated, it is important that it be known to paying fans which of these are official or not. For all official Mac Miller news and information please refer to tmmcf.org."

Miller passed away on Sept. 7 at the age of 26. TMZ reported the musician was found in his Studio City home and was pronounced dead at the scene. That evening, his family released the following statement to E! News:

In early October, Miller’s family announced that there will be an official memorial concert in Miller’s honor on Oct. 31 at the Greek Theatre. The show will benefit the Mac Miller Circles Fund, which, according to the organization's official page, aims to “provide programming, resources and opportunities to youth from underserved communities, helping them recognize their full potential through exploration in the arts and community building.” The lineup includes Action Bronson, Anderson .Paak, Chance the Rapper, Domo Genesis, Dylan Reynolds, Earl Sweatshirt, J.I.D., John Mayer, Miguel, Njomza, Schoolboy Q, SZA, Thundercat, Travis Scott, Ty Dolla $ign, and Vince Staples.

"The support we've experienced is evident in this amazing lineup and is a testament to Malcolm's incredible life. His Father, brother, and I are beyond thankful to everyone who is working to make this concert happen along with every fan and every friend for continuing to support Malcolm and his vision. He was a caring, loving human with a smile that could light up the sky and a soul that was out to make the world a kinder place and the MMCF will continue to do just that."

The Mac Miller: A Celebration Of Life show is bound to be a moving tribute to Miller’s legacy. If you cannot attend but would like to donate, you can do so through the Pittsburgh Foundation's site.