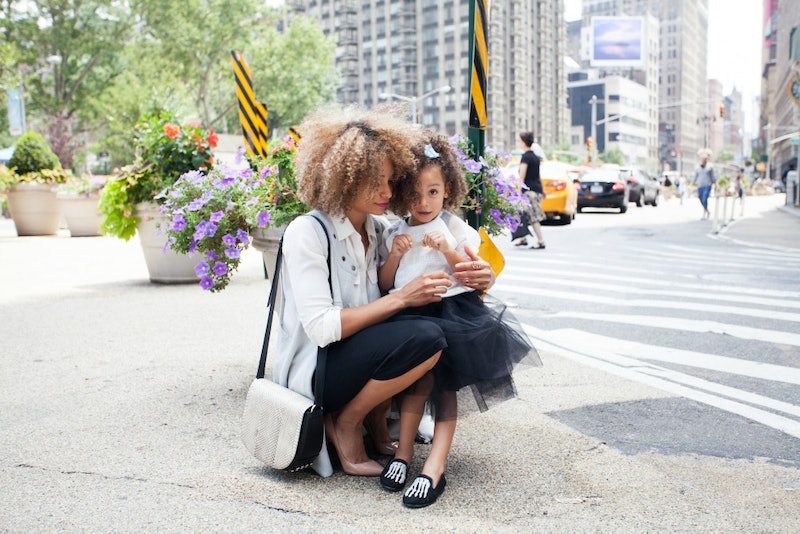 During her Senate Finance Committee hearings this week, Seema Verma, Donald Trump's nominee for the Centers for Medicare and Medicaid Services, made comments suggesting that insurance companies contracted with the Affordable Care Act shouldn't have to offer maternity care as a required benefit. What's tricky about the way she phrased these comments, though, is that she presented it as a choice — an optional piece of coverage people who might become pregnant can choose to purchase if they want. But here's the thing: According to the Guttmacher Institute, almost 45 percent of pregnancies in the United States are unplanned, so unless you have a crystal ball, you could potentially be one of the 45 percent. With odds like these, having maternity care as part of your healthcare plan is essential, not optional. Women's healthcare as a whole is essential, not optional — and policies that treat it otherwise are only going to hurt us all in the end.

As reported on the Morning Consultant, Verma told the Senate Finance Committee: "Obviously I don’t want to see women being discriminated against. I’m a woman, and I appreciate that. But I also think that women have to make the decisions that work best for them and their family. Some women might want maternity coverage. Some women might not want it.”

This takes us back to the crystal ball. According to Parenting.com, the Kaiser Family Foundation reported that the average maternity bill for doctors’ fees and hospital charges runs around $9,700 for a standard delivery, and roughly $12,500 for a cesarean section. That number can jump to nearly $300,000 if complications occur. If maternity care is made optional for insurance companies, and you don't select it because you aren't necessarily planning on having children — you were told you can't get pregnant, or you don't want children, or or you're on birth control, or your partner had a vasectomy, or you don't think you need maternity care for any number of other reasons — and you become pregnant anyway... well, what then?

Unintended pregnancies aren't "shameful" in any way; getting pregnant when you weren't planning to just happens sometimes, no matter how careful you might be. I personally know people who have experienced all of the above scenarios. And, remember Miranda on Sex and the City? She got pregnant despite having a lazy ovary and her partner Steve only having one testicle. Additionally, my parents didn't have health insurance when I was born, and they had to set up a monthly payment plan with the hospital to pay off my birth. My dad used to joke, "Be careful, kid — you're not paid for yet." Having a person shoulder incredible medical costs just for being capable of getting pregnant is an attack on our basic rights.

"The notion that maternity care and contraception are optional is just part of the frightening war on women’s health that is clearly the agenda of the current administration," Dr. Lauren Streicher, associate clinical professor of obstetrics and gynecology at the Feinberg School of Medicine, Northwestern University, tells Bustle.

So let's say you are one of the 45 percent who has an unplanned pregnancy (which, unless you've had a hysterectomy, is always possible), and you didn't select optional maternity coverage. With the restrictions on access to birth control, you're even more likely to experience an unintended pregnancy. Do you have almost $10,000 lying around? What if something goes wrong, and your baby has an extended stay in the hospital, or you need surgery for complications during the birth?

We're not all Lorelai Gilmore with the ability to call on rich parents to bail us out, or loan money for unexpected costs. Where will you get $300,000? Starting at such a deficit can force families into poverty, and create a domino effect where the child might not get enough food, housing, clothing, medical care, or education. How is this helping the next generation succeed?

"Think about it — not only will less women have access to contraception, but as unplanned pregnancies inevitably increase, women will not be able to get maternity care," Dr. Streicher says. "[It's] not good for women, and certainly not good for babies. It’s the equivalent of increasing access to guns but not taking care of gun shot victims."

So let's break this down. The United States already has some of the most unfriendly policies for new parents in the developed world. Birth control will be harder to get, thus increasing your chances of an unwanted pregnancy. Abortion restrictions across the country could impede your right to access a safe, legal abortion, and now the proposed elimination of ACA required maternity coverage could bankrupt you if you become pregnant without intending to do so, choose to have the baby, but neglected to choose optional maternity coverage.

There is no upside for women or anyone else who can get pregnant here, and it's even more disappointing that this is being proposed by a woman. If we don't have each other's backs, we're at an extreme disadvantage.