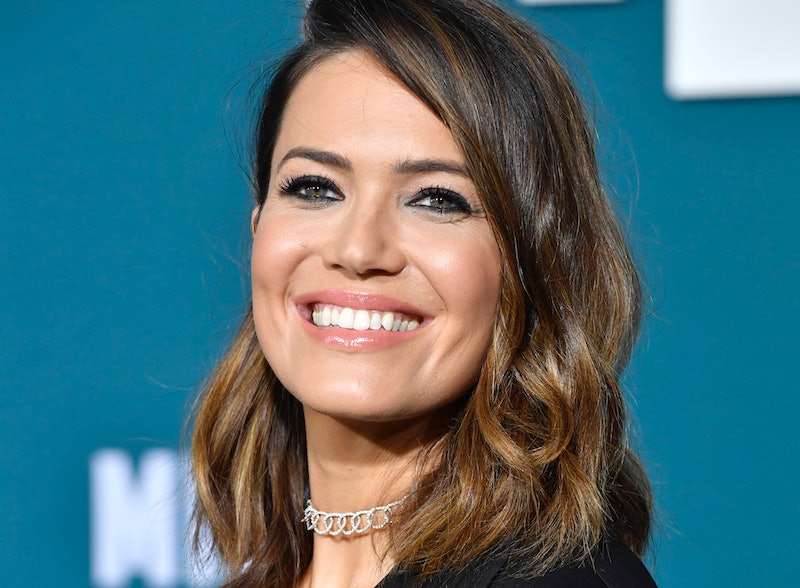 For the first time in over a decade, Mandy Moore is headed on a concert tour across North America. The singer, songwriter, and actor’s 2020 tour will commence on March 20 in Pittsburgh, Pennsylvania and conclude on May 9 in Denver, Colorado for her forthcoming album. In a Nov. 19 Instagram post, the This Is Us actor announced she'll be spotlighting her music (both old and new) in an "intimate" and "elevated" backdrop alongside singer-songwriters Bedouine and Madison Cunningham.

“It’s been over a decade since I’ve hit the road but I am thrilled to put together an intimate, elevated evening of new and old tunes, performed with a superb group of musicians (in fact some are my nearest and dearest),” Moore wrote. “I want the show to have threads of what the writing and recording process was like with this band, almost like you’ve been invited in our living room for an inside glimpse.”

She continued, “It just feels good to be sharing this side of me again. In its purest form. A real side of me I have been itching to put back into the universe.” Tickets for the tour will go on sale on Friday, Nov. 22 at 10 a.m. local time, with artist pre-sale on Wednesday, Nov. 20, as per Moore’s website.

The news of Moore’s tour comes amid the “Candy” singer’s return to music after more than a decade. Moore released “When I Wasn’t Watching,” her first original song in 10 years, in September. She followed up with the folksy track “I’d Rather Lose” in November. Both singles are from Moore’s forthcoming album set to debut sometime in 2020; the currently untitled album will serve as a follow up to Moore’s 2009 album Amanda Leigh.

Moore first announced that she would return to music in an Instagram post in July 2018. In the clip from a studio, the singer wrote, “It’s time. I miss it. I’m not scared anymore. No more excuses. No more allowing someone else’s insecurities to dictate my relationship to music and singing.” Upon the debut of “When I Wasn’t Watching,” Moore said in a statement about her return, "The idea of diving back into music after so much time and personal change was really intimidating to me for a while."

She continued, "Then I finally realized: I'm the only person who can make this move. It all has to start with me.”