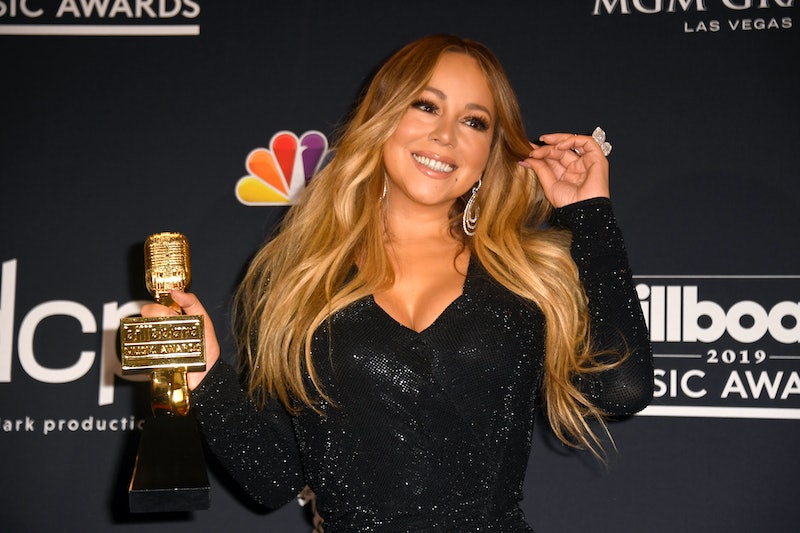 Always be my triplets. Shortly after she threw a lookalike post about her daughter, Monroe, up on social media, Mariah Carey posted a pic of her son, Moroccan, along with a different throwback photo of herself. And man, do baby Mariah Carey and her son look alike. Carey really is twins with her twins. Er, she is triplets with her twins? Sure, why not.

On Thursday, June 6, the “We Belong Together" singer shared an adorable picture of Roe in which she looks like a mini Mimi and wrote, “Always Be My Baby.” A few hours later, it was Roc’s turn: Mimi tweeted, “Justice for Rocky” and posted a ridiculously precious picture of her Caution announcement costar playing in the sand next to a ridiculously precious picture of baby Mariah playing in the sand. (Quick aside: If you have not watched the video in which Roc lets the planet know when his mom's album Caution was scheduled to hit the shelves, pause what you are doing, click this link, and play that gem of a clip. You will thank me, I promise.)

Without further ado here are the twins. Er, here is one of the twins and a picture of Mimi.

It has been said a billion times before, but there is no harm in saying it again: Jeez, Mariah Carey and Nick Cannon’s kids are so cute. And jeez, they are growing up so fast. It seems like "dem babies" were born only yesterday, but they were not born only yesterday. Roc and Roe just celebrated their eighth birthday in April.

When Harper's Bazaar highlighted music legends and their kids last September, Mimi, Roe, and Roc were featured in the issue. Per E! News, Carey said,

"Family is the most important thing to me. My children have provided me with such joy as they've developed their own unique personalities. Moroccan has a knack for technology, and Monroe is really musical. They're each other's best friends, and I love watching them grow up."

Welp, this has been a heck of a lot of cute content for one afternoon. My heart is at capacity. I had a vision of content, and it was all that this content has given to me.