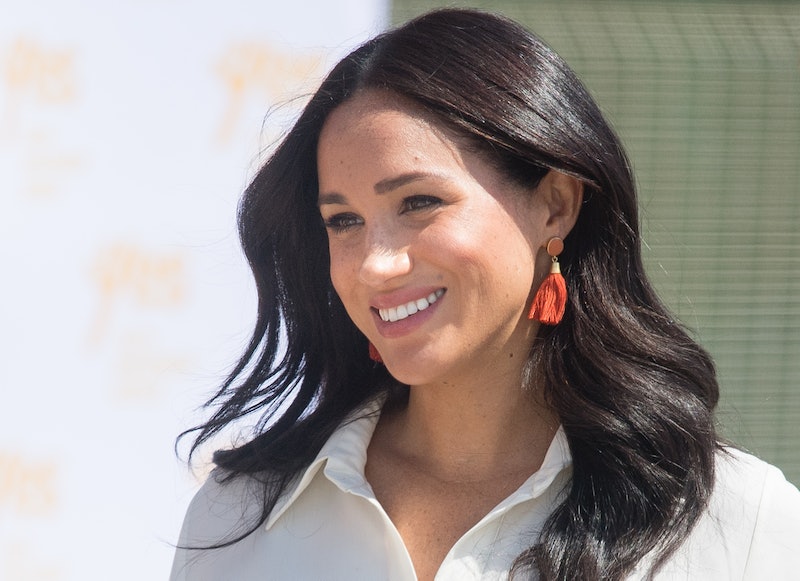 It’s been nearly two years since Meghan Markle left her role on legal drama Suits to, y’know, marry a prince. But it seems like someone is determined to get Megs back on our screens after she was offered $5 million for a five second return to the show as Rachel Zane.

The offer came from Biotulin, a German cosmetics and Botox company who claim Meghan as one of the biggest fans of their anti wrinkle gel. In a tweet from their official Twitter account, Biotulin addressed NBCUniversal chairman Steve Burke and told him that they would pay $1 million dollars per second to see Meghan back on the show with their product. What can we say, God loves a trier.

"Att. Steve Burke: We are again offering you 5 million $ for a 5 sec. appearance of Meghan Markle with our biological Botox gel BIOTULIN in your TV series Suits," they tweeted, adding: “Pls. check our offer with her agent.”

While we have to admire the Biotulin’s optimism, somehow we don’t think we’ll be seeing Meghan back on Suits anytime soon. For one thing, the show ran its course back in 2019, making things a little tricky. Meanwhile, spin-off series Pearson was cancelled last year after only one season.

Even while the show was still on, the Suits team were pretty realistic about the likelihood of Meghan making a comeback, with series creator Aaron Korsh telling fans not to hold their breath for an appearance from the royal in the final series. "We're not currently asking Meghan Markle to leave her position with the royal family and join us," Korsh said on the Television Critics Association winter press tour, "I would love it, but I think it's pretty close to zero."

However, there are reports that Meghan is thinking about giving acting another go since stepping back from royal duties, with the Times reporting that the 38-year-old has agreed to provide a voiceover for Disney in return for a donation to anti-poaching organisation Elephants Without Borders.

More like this
Meghan & Harry Respond To Jeremy Clarkson’s "Apology" Over *That* Column
By Sophie McEvoy
Everything To Know About The 'Daisy Jones & The Six' TV Series
By Maxine Harrison and Brad Witter
Parminder Nagra Definitely Relates To Her 'Maternal' Character
By Maxine Harrison
Daryl McCormack Has A Very Special Lady In His Life
By El Hunt
Get The Very Best Of Bustle/UK
Sign up for Bustle UK's twice-weekly newsletter, featuring the latest must-watch TV, moving personal stories, and expert advice on the hottest viral buys.