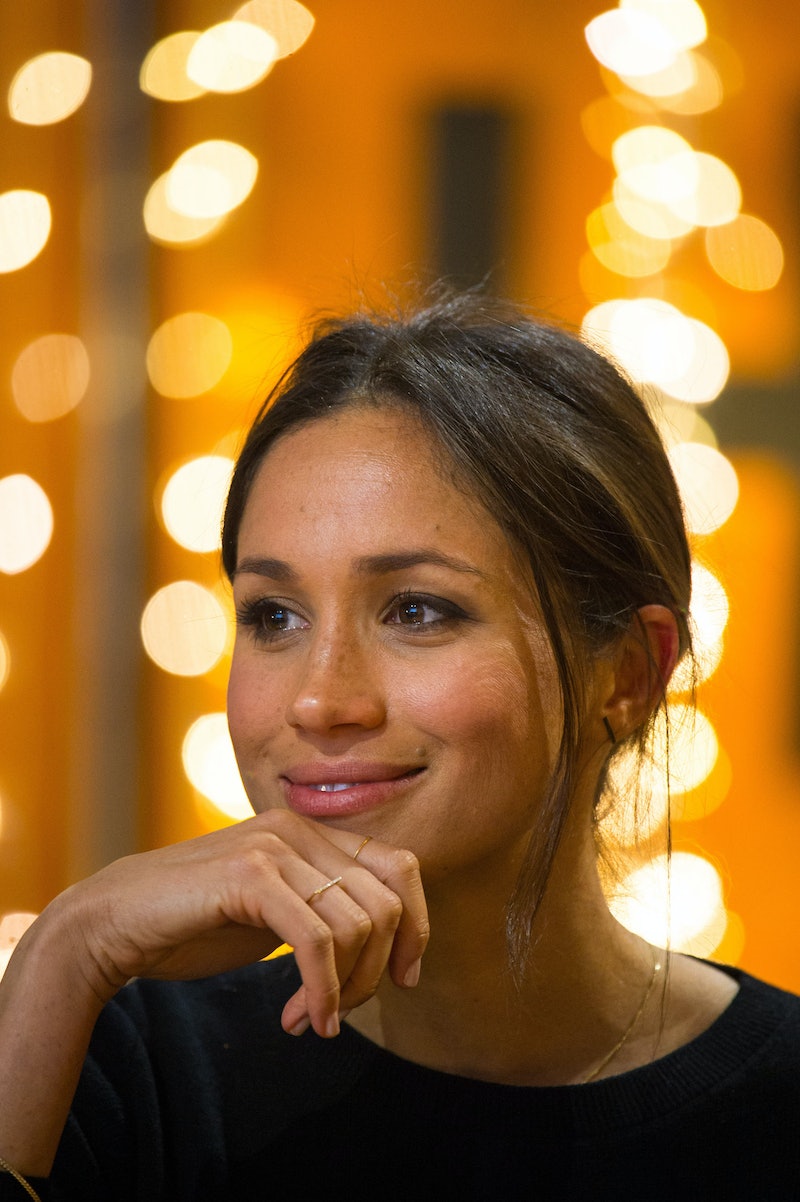 One of the more tragic victims in the Meghan Markle/Prince Harry coupling, aside from me, who can no longer marry Prince Harry, is The Tig, Markle's lifestyle site that she shuttered last winter. The Tig gifted us with lots of great tips, recipes, playlists, and other Markle-sourced drops of wisdom, and though the site's been taken down, some of its offerings live on in the internet's archives — including Meghan Markle's tips for hosting the best Oscar Party, which'll come in handy come March 4.

I'm a huge fan of Oscar night, not because of the speeches or the dresses, all of which I've decided look and sound the same after a while, but because, like the Super Bowl, the Grammys, the Golden Globes, and Game of Thrones, it's an excuse to drink and eat themed finger foods with friends on what would be an otherwise depressing Sunday night. And while some people prepare for the Oscars by watching every nominated film, making scorecards, and praying to the Entertainment Powers That Be that their preferred nominees go home with a coveted statuette, I root for chaos. Last year's Moonlight/La La Land screw-up was my personal The Godfather Part II. Though, this year I'm really pulling for Get Out, which got screwed at the Golden Globes and deserves all the awards.