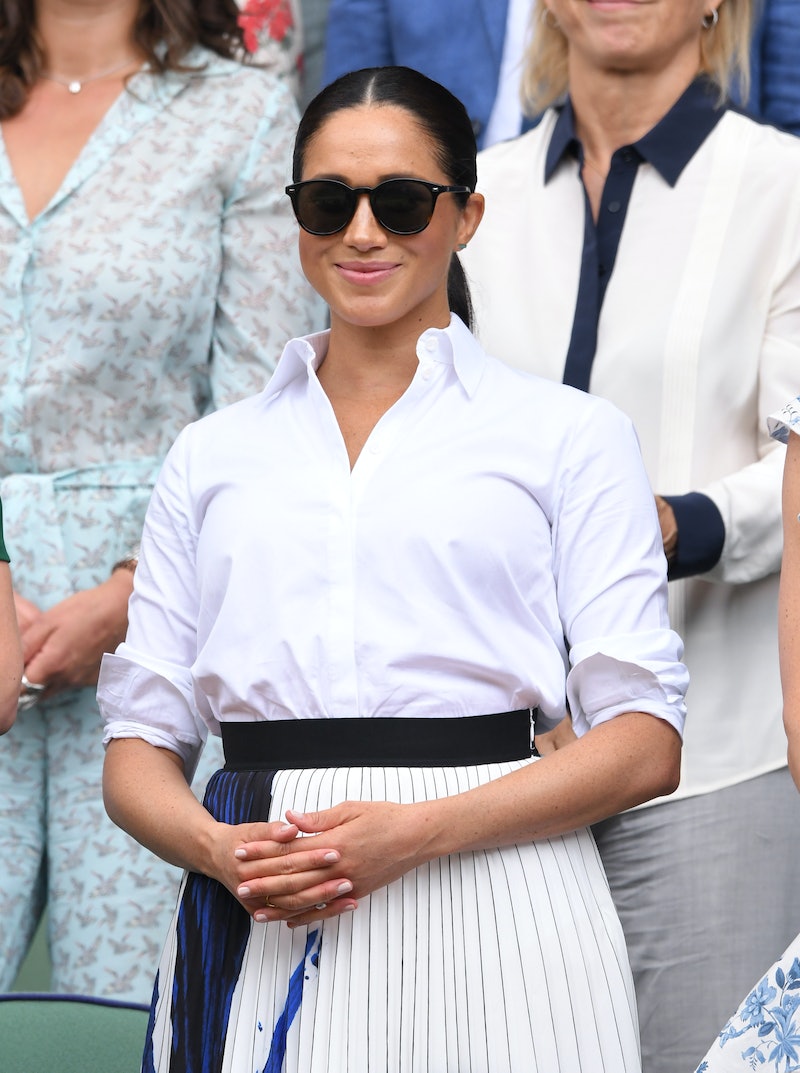 Meghan Markle may have the fashion world at her fingertips, but that doesn't mean the Duchess of Sussex is averse to an affordable find. In fact, the royal has donned multiple cost effective items from major brands like J. Crew and Madewell. Most recently, Meghan Markle's favorite sunglasses were in the spotlight again, and the best part is that they are under $50.

According to Harper's Bazaar, Markle was spotted driving to the Victoria International Airport to pick up a friend. In the paparazzi photos, Markle is seen smiling in a fur lined park, black beanie, and a pair of sunglasses. According to fashion site, Meghan's Mirror, her sunglasses are a pair that she's worn multiple times in the past and won't break the bank for those looking to cop her style.

During her drive to the airport, she donned the Le Spec Bandwagon sunglasses in the black tortoiseshell pattern. The glasses are affordable all the time typically ringing in at $69, but thanks to a sale at Nordstrom, a version of Markle's favorite sunglasses are available in the matte tortoiseshell print for just $48. If you love Markle's accessories, now is the time to pick up this pair of sunnies. As for her exact pair, you can also snag them over on the Le Spec website at their full retail value of $69.

While Markle's most recent wear of the sunnies was in Canada, she's worn them all over the world making them what certainly seems to be a staple accessory in her wardrobe.

Back in September, Markle and Prince Harry visited South Africa while on royal tour. During their time in the country, Markel went on a rewearing spree and donned multiple affordable pieces. On a visit to Monwabisi Beach, the Duchess chose several Madewell pieces, but she also added the Le Spec sunnies to her ensemble.

Markle doesn't just travel with the sunglasses, though. She also wore them when she attended Wimbledon over the summer with sister-in-law Kate Middleton. The Duchess attended the tournament to cheer on her friend Serena Williams and rocked the affordable pair of glasses alongside her Givenchy button-up and BOSS skirt.

For those who want to cop Meghan Markle's favorite sunglasses, now's the time. While her exact pair aren't discounted (though they are only $69), you can snag the tortoiseshell version for under $50 right now.