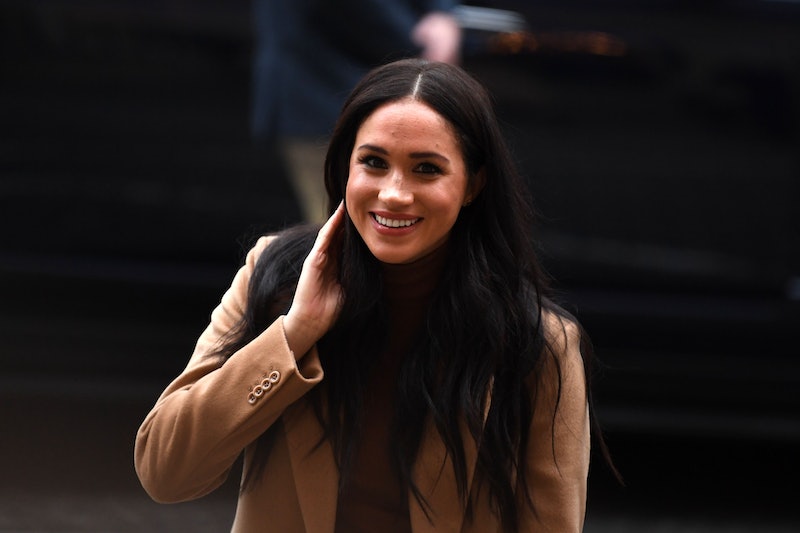 In a reflection that celebrated unity, Meghan Markle delivered a message on the third anniversary of the Grenfell Tower fire that devastated London. The duchess delivered an audio message to members of the Hubb Community Kitchen, a group of women who came together after the fire to provide meals for the community, on June 14. Meghan, who teamed up with Hubb for their 2018 cookbook Together: Our Community Cookbook, hailed the women as an “example of love in action” in the aftermath of the Grenfell Tower fire on June 14, 2017 that left 72 dead.

“I think back to when I met all of you and how you had all come together in the wake of what you experienced in your community, and now what you have done is such an inspiration,” Meghan said, per London’s Evening Standard. “You continue to give back, you continue to put love in action, and that’s really what Hubb is all about.” She added, “We know it means love, but you are the example of love in action, and that is your purpose."

Meghan continued, “I’m so proud of you, so is Harry, and we are sending so much love to you from across the pond and thinking of you today — as I’m sure it’s a difficult day.” She concluded, “But also one where you can look at how much you’ve accomplished in the past three years, and how you continue to give back and be an example for all of those around you."

Since the fire, Meghan has made various visit to Hubb’s communal kitchen located at the Al-Manaar Muslim Cultural Heritage Centre in West London. In April, Meghan hopped on a Zoom call with the organization from Los Angeles and discussed plans to cook meals for families during the COVID-19 lockdown. The women also reflected on the success of Together: Our Community Cookbook, which features personal recipes from across Europe, the Middle East, North Africa, and the Eastern Mediterranean. Meghan said at the time, "It's just inspired so many people.”

Meghan’s Grenfell tribute comes after she spoke out about the death of George Floyd, a Black man who died while pinned under a white police officer in Minneapolis, and expressed support for the Black Lives Matter movement in the wake of nationwide protests. In a graduation speech for students from her alma mater, Los Angeles’ Immaculate Heart High School, on June 3, Meghan said, “I wasn’t sure what I could say to you. I wanted to say the right thing and I was really nervous that it would get picked apart, and I realized the only wrong thing to say is to say nothing.”

Through her messages of unity and support for the Grenfell Tower community and the Black Lives Matter movement, Meghan continues to be an advocate for change despite no longer being a senior member of the royal family.